In the latest wave of characters to hit the LEGO Dimensions franchise, we see characters from kid favorites Teen Titans GO! and The Powerpuff Girls. In addition to those, a favorite of many parents playing alongside their kids, we saw the circus clown of the underworld Beetlejuice thrown into the mix. Seeing as we’re at a time where many of the once dominant toys-to-life franchises are fading into obscurity it’s refreshing to see not only LEGO Dimensions succeeding but truly adding with every character release and making that extra money spent well worth it. We were able to get our hands on the Team Pack for The Powerpuff Girls which features Blossom and Bubbles, as well as the Fun Pack for Teen Titans GO!, with Starfire and her companion Titan Robot and are more than happy to report that the additions keep with the formula of adding strong content for your dollar.

In all honesty, it’s admittedly tough to try and review each small addition to LEGO Dimensions but easy to note that each of these said additions really continues to grow the game in a way that other toys-to-life series just can’t compete. We’re constantly being introduced to new worlds and arenas to play in. In our initial review of LEGO Dimensions, we gave the game high marks and it’s truly only gotten better.

The Powerpuff Girls also sees Buttercup join the fray in a separately available Fun Pack and they open up the world of Townsville for play. As with every Adventure World introduced in the LEGO Dimensions series, there are more activities to complete and more fun things to spend your hard-earned studs on than you can shake a stick at. Both packs also open up a couple new Battle Arenas too. My son, who I’ll admit is the primary LEGO Dimensions player in the household, had a typical 9-year-old boy reaction to our addition of Blossom and Bubbles. That is to say, he stuck his tongue out and went off on a diatribe about how The Powerpuff Girls aren’t for boys and that he’d probably hate it. Guess which world he was eyeballs deep in for the next four hours? 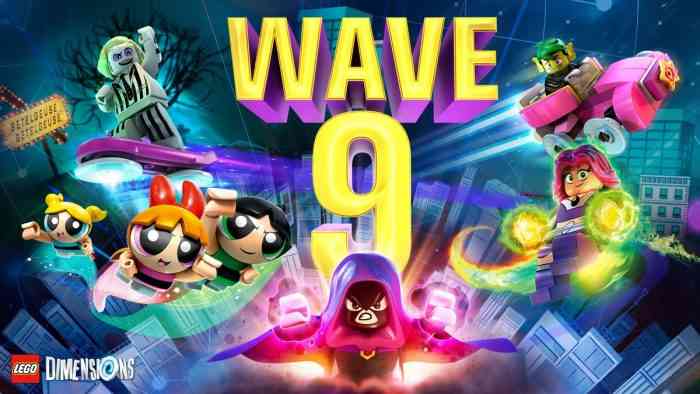 Teen Titans GO!, which is more my kid’s speed, took even more of his time as we dove into their wacky and colorful world. Renovations aplenty, a handful of new quests and most importantly the wonderfully fun Wacka Doodles Amusement Park awaited and did not disappoint. Again, as I already pointed out above, it’s hard to really review these small additions but can say without question that each of them brings value to the game as a whole. Not to be outmatched, Teen Titans GO! has taken much more of my kid’s time than the girls of Townsville has and he’s still going strong.

You can’t go wrong looking at LEGO Dimensions for the young (or young at heart) gamers in your family and with a wealth of licensed properties under its belt, there are a ton of fun experiences waiting to be had.