The Legend of Heroes: Trails of Cold Steel II Review – Once More With Feeling

The Legend of Heroes: Trails of Cold Steel II Review

Class VII is back in action! If you felt like Trails of Cold Steel just wasn’t enough for you, then The Legend of Heroes: Trails of Cold Steel II is exactly what you need. Be warned, however: this is a direct sequel in every way that matters. If you haven’t played the first game, prepare to be proper lost. For a quick look at said title, you can check out my own review here. Assuming you’re already up to speed, then read on!

Cold Steel II picks up immediately after the first game is over. Having fled for your life from a battle you couldn’t possibly win, you awaken from a month-long restorative slumber. From there, it’s off to assemble the old gang, assuming all of them are still alive. I must say, after spending most of the first game going to school with these kids, it’s a relief to have the stakes so thoroughly raised. War has broken out, battle lines have been drawn, and frightening new alliances have been forged. Things look bleak, but don’t despair! You’ll still have plenty of time to do random tasks for everyone you meet. In fact, you still don’t really have a choice.

Questing For The Man

Something about the continuance of the gig system feels worse, especially now that you’re not doing it for school. Without the class structure to reign it all in, these jobs are literally killing time until you’re allowed to move on. Ostensibly this is to give your mech time to recharge, but the amount of time required is completely arbitrary. Everything leading up to your class reunion feels like padding. New town, new quests, same tearful scene affirming your unbreakable bond. Meanwhile, the massive cast of villains make their scheduled appearances just to keep the tension steady. On the other hand, the combat feels… better? 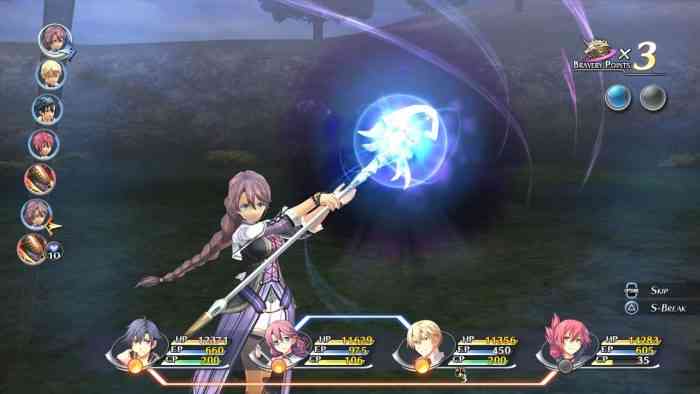 Since this is a direct sequel, you start out at level 40. Plus, everyone has their combat links already beefed up. This adds a critical layer of engagement to every battle. Fights are fast-paced affairs, requiring your full attention if you hope to survive. I actually found myself seeking out enemies, just to get more time in with the characters and their many potential skills. The school dungeon makes a comeback, though it’s scattered throughout the map. I found this a welcome change, as it required a lot less weird narrative gymnastics to explain. Whereas the first game wedged in a super-powered, self-remodeling dungeon to keep things fresh, Trails of Cold Steel II lets you find new levels in new areas. It’s a novel concept, but one that fits easily into the main story.

Playing Trails of Cold Steel II creates an unbroken path from the first game to this one. For some people, this is surely a dream come true. For me, I was hoping for some more variety. The added mech battles are a fresh twist, but they don’t happen quite often enough. The boss fights kept me on my toes, at least for a little while. Unfortunately, all those odd jobs added up to a higher level than was strictly necessary. Eventually, I rocketed past the main story challenge level, turning most of the regular combat into a bit of a bore. There are upsides to the two games being so closely connected, however.

Right To The Deep End With You

Unlike in the first game, there’s a lot less build-up to the meaty part of the story. You’re just chucked right in, guns blazing. With all that prior knowledge of the essential combat systems, I was much better suited to the challenge level than I was the first time around. Finally, I had a much better idea of what to invest in, versus what was a waste of time. Sadly, all this wasn’t quite enough to save the game for me.

I’m not knocking down Cold Steel II here. Far from it. There’s a satisfying combat system, a halfway decent story, and a lot of weird little activities to keep you busy. I was just hoping for some more growth between the first game and the second one. There’s so little change compared to the first game. You’re working the same gameplay loop, experiencing the same story, and being guided through the same tutorials. In fact, based on how much setup I suffered through the first time, the second game invalidates the need to play the first one. If you’re worried about missing any critical plot details, the game is more than happy to go over them with you. The sense of repetition, along with the slight improvements, ultimately kept me from completing this game. My advice? If you haven’t played either game, you can probably skip the first one. Otherwise, only dive into The Legend of Heroes: Trails of Cold Steel II if you absolutely loved the previous game. It’s a fun enough experience, though it’s not worth the second round. 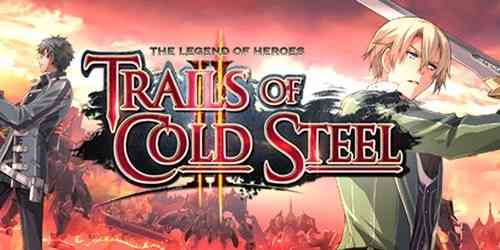