The last month and a half have seen the first real influx of AAA titles into the VR space. First, there was Skyrim VR for the PSVR and then Doom VFR came ringing in December on both console and PC. A few weeks later in rapid succession players were treated to Fallout 4 VR and finally L.A. Noire: The VR Case Files. Reaction to the first 3 have generally been positive, but not exactly as mind-blowing as some might have hoped. There certainly have been high expectations of the others, but are those expectations something that L.A. Noire: The VR Case Files can rise to meet?

Let’s start from the ground up, literally. L.A. Noire: The VR Case Files was rebuilt from the ground up for VR. Why does that matter? Instead of trying to shoehorn virtual reality into an existing title and getting everything to work well together, this is purpose built. Without getting too far into the deep end, games built, or rebuilt in this case, specifically for VR often look and feel far better than their counterparts. That’s not always the case, but usually, they offer a “better” VR experience because that’s what they were made to do from the start. The big drawback, of course, is that it takes far more time.

“Being able to read the full body language of a witness really brings everything to life in a way that a flat screen just can’t.”

Whether time was a factor or not, the VR version of L.A. Noire cuts the game down to 7 select case files for players to solve. Three of the cases do double duty to serve as a tutorial as well. That is a good sampling though as it does include one of every type of case, that I can recall, in the original. In the end, a single playthrough can last in the neighborhood of 10 hours. Of course, that really depends on how thorough a player is as there are some aspects of the game that can be made significantly shorter.

The difference in time can be attributed to a few factors, one being several different locomotion options available. There are two different types of teleportation. The first involves looking at key objects on the map that become highlighted and pressing the Vive controller. This will launch into a 3rd person sequence where players can actually see themselves walking to the new location. Shifting to that viewpoint was a bit jarring at first, and something very different than most may be accustomed to in VR. Over time, however, this became my preferred method of movement. I’m not so stuck in my ways that things always have to done in a certain manner. I appreciated the different approach, plus there’s absolutely no way to get sick moving that way.

The second teleportation mode involves activating a reticle on screen and picking a spot to move to that way. Lastly, for the full locomotion fans, there is the ability to press down on the trackpad and swing your arms like you are walking. The good thing here is that all three options are ready at all times. Because I didn’t have to make changes in the settings each time I found myself mixing all three depending on what seemed the best option for the situation. 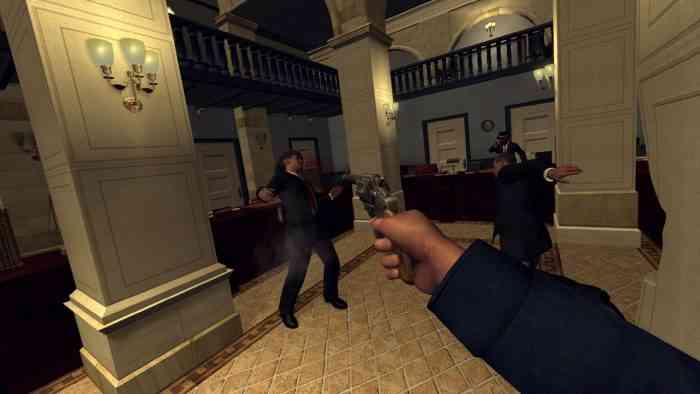 But there isn’t just walking either. Players also get to hop into the seat of their police cruiser and take to the streets. The controls here are great. From turning the key in the ignition to gripping the wheel and working the coms, everything is here. The physics for the car are certainly on the arcade side but that’s not much of a problem. Now, because players are seated, the game recommends sitting in a chair for driving sections, but I only managed to get myself a little sick on one occasion standing instead. If it is too much, players can opt to simply warp to their destinations in the car which is something that can also affect that overall play time as well.

Immersion is generally high on the VR players checklist and there are things that L.A. Noire: The VR Case Files does extremely well in this area, like driving and others that may leave players wanting a bit. To start, the world is absolutely brilliant. Being able to read the full body language of a witness really brings everything to life in a way that a flat screen just can’t. Seeing yourself walking to the teleport point from the 3rd person might be a drawback for some, though I was absolutely fine with it here, plus there are other options. The world does feel a little empty away from case areas, but again those interactions with folks do make up for it. There were some other immersion issues previously that have already been addressed; Rockstar Games certainly is listening.

“Finding clues can be a bit of a treasure hunt at times, but I never minded as the world was so beautifully brought to life.”

There is one area that did give me some trouble though and that was the tangle factor. I somehow managed to get wrapped up in my cords far more often than any other game. That’s not exactly as terrible as it sounds though because it does mean that the world and crime scenes are immersive enough that you do get “lost” in your space. This does, however, bring me back to the game requesting that I sit down during certain situations, like driving, where the main character is seated. Because I wound up twisting around so much having a chair in the area not only seems impractical, but dangerous as well.

While I’ve talked a lot about “VR things” here’s one everyone can appreciate, L.A. Noire: The VR Case Files simply looks stunning. I love exploring every inch of the space, which as I said did have an unfortunate side effect, but it was well worth it. There are also so many little features that add to the overall feel. I’ve probably drawn a mustache and beard on the picture of every witness in my book while talking to them. Finding clues can be a bit of a treasure hunt at times, but I never minded as the world was so beautifully brought to life. Being that good looking does require some hefty power and has some specific requirements hardware requirements, but if you have the ability to play it, this should be an easy decision with no interrogation required. L.A. Noire: The VR Case Files is the best of the recent AAA VR releases and easily one of my favorite games in VR overall to date. 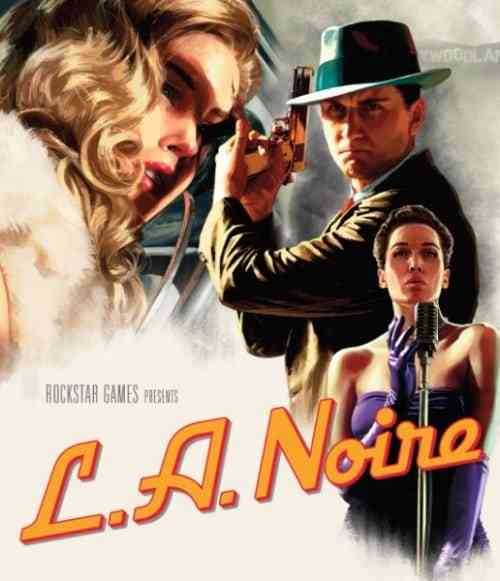