From its humble beginnings as a part-time project to its Indiegogo campaign, Fearful Symmetry & the Cursed Prince has had a long journey to get to where it is now. For puzzle lovers, the wait just might have been worth it. Fearful Symmetry is a unique game that forces players to control two characters simultaneously with an art style that pays homage to The Legend of Zelda: A Link to the Past. Does it have what it takes to hook gamers looking for a challenge? Let’s take a look.

The story of Fearful Symmetry revolves around a prince who is set out to recover some mysterious scrolls. Along the journey, two additional characters can be unlocked, each with their own storyline. It’s difficult to delve any further into the story without spoiling too much, but suffice it to say the ending provided a nice twist that provided a more satisfying ending than most puzzle games provide.

As noted, the concept of Fearful Symmetry is quite unique. The screen is split vertically in two with each side featuring its own unique level design. Both sides have a playable character that you must control simultaneously with the exact same controls – however, the characters react in exact opposites. Moving the hero character, on the left screen, up forces the mysterious figure, on the right screen, to go down, and so on. You must traverse both characters to the level exit, at the same time, while avoiding all manner of traps and enemies. Eventually, you’ll gain access to bonus levels that allow you to gain access to two additional heroes. Unlike the main hero, the two unlockable characters each have a special movement ability. All three heroes have their own storyline, and while you play the same levels with each of them, the levels are re-designed to account for their unique special abilities (aside from the main hero, who doesn’t have any special abilities).

“It’s a visual style that’s been borrowed before and will likely be borrowed again – not necessarily a bad thing, but not very original either.”

The problem with Fearful Symmetry comes from how specific and perfect you must play in order to pass most of the levels. This isn’t too big of a deal in levels that allow you to move at your own pace, slowly progressing through, calculating each step of the way. The problem is the levels with moving enemies and traps because you need to act very quickly. In addition to quick reflexes, you need to keep your eyes moving back and forth between both sides of the screen to ensure both heroes are safe. And since both characters move in opposites, each time you look at the different screen, you must mentally remind yourself that you need to push the opposite direction – which isn’t too bad when you’re plodding along slowly – but when you’re forced to move fast, mistakes will happen, a lot.

Visually, the game has a look that closely resembles the SNES classic The Legend of Zelda: a Link to the Past. It’s a visual style that’s been borrowed before and will likely be borrowed again – not necessarily a bad thing, but not very original either. The audio in the game is definitely one of its low points. While the music is okay, the actual sound effects range from passable to outright annoying. There’s one enemy, Chuckles, that provides a grating “giggle” whenever he appears. Even worse, the combination of sounds that pop up whenever you die, is a hideous punishment for gamer’s ears. 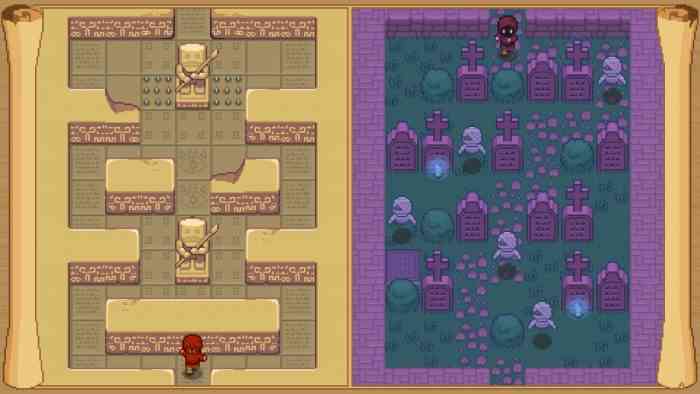 Fearful Symmetry is definitely a challenging puzzler and not for anyone looking for a relaxing brain teaser. While some people might appreciate the Legend of Zelda-esque visuals, I’m confident that much of the audio cues will be universally hated. The game has quite a lot of depth if you have the patience to unlock it all. There are three different heroes to unlock, each with their own story and there are bonus levels to unlock – all in all, you could easily get at least seven hours of puzzling gameplay out of it – assuming you don’t give up in frustration beforehand. Quick reflexes and patience are absolute requirements, all other candidates need not apply. 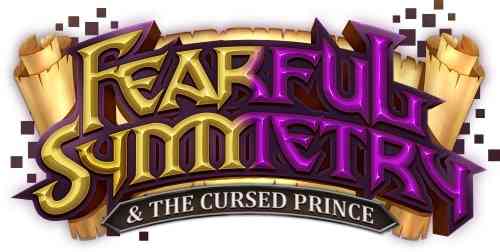 A Memoir Blue Review – Going Under
Next Life is Strange: Before the Storm – Episode 3: Hell is Empty Review – The Price of Friendship
Previous L.A. Noire: The VR Case Files Review – Immerse Yourself in Gritty Old LA