The Return of Old-Fashioned Detective Work

As early as 2011, Rockstar Games treated gamers everywhere to some of the most immersive facial captures. Letting it drive the sequences and investigations of their IP, Rockstar made LA Noire a crime classic. Now, this classic title is coming to the current generation of consoles. 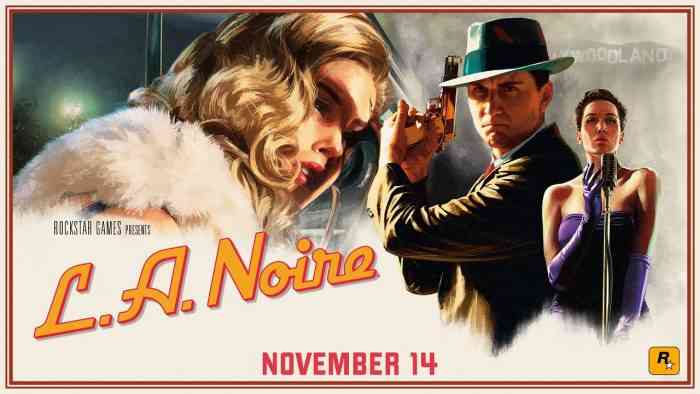 Re-releasing this year, LA Noire will be hitting the PlayStation 4, Xbox One, and Nintendo Switch. The developer tweeted the news this morning, even setting a release date for all three versions. You can discover the re-release of L.A. Noire on November 14, 2017. This definitive copy will include the game plus all its DLC.

Further, the Switch version will include support for Joy-Cons controllers and the console’s motion controls.

As for the Xbox One and PS4, Rockstar has added several technical enhancements so players can experience greater visual fidelity. It doesn’t stop there, however; the game fully supports 1080p along with native 4K on the PS4 Pro and Xbox One X. Therefore, expect a better depiction of the “grit and grime” of 1940s Los Angeles, with better cinematics.

But wait! There’s more. Rockstar will be releasing their rebuilt VR Case Files for the HTC Vive. This represents their first delve into virtual reality.

Did you play LA Noire back in the day? Comment down below and let us know what you think of this re-release.

GTA 5 Shows off PS5 Gameplay but Launch Is Delayed to March 2022
Next
CDPR Working “Very Intensively” on Cyberpunk 2077; Expense Increased 56%
Previous
South Park: The Fractured but Whole – If You’re Black, the Game Is Harder