Haven’t got your fill yet of shooting zombie-like creatures in games? How about in virtual reality? The latest to join the fray in VR is Killing Floor: Incursion. Zed hunters out there are already well aware of Tripwire Interactive’s Killing Floor series. The first two titles have held some serious staying power and it really is a no-brainer that it would eventually make its way onto VR platforms.

Now VR fans out there, before you get the pitchforks out at the prospects of “yet another wave shooter” know that unlike Killing Floor 1 and 2, Incursion is not the same old kill waves of Zeds. OK, there obviously are plenty of waves of Zeds for players to gun down, but this is a more story-oriented approach. The abridged version of events: players are tasked with trying to figure out exactly what the Horzine Corporation is really up to. While there is certainly more to it than that, paranoia might cause one to pay less attention to what’s being said. I’m no elite agent, just a guy who wants to get out alive, we have vastly different goals here. Those with more steely nerves and who aren’t shooting at anything they perceive to be moving in the dark could probably pick up a lot more.

So how is Killing Floor: Incursion any different besides the story? For starters, there are puzzles to be solved! While they are rather basic in nature – fetching a gas can or finding bits of corrupted data for instance – they come with an added pressure. Yep, that’s right, Zeds. Puzzle type elements don’t always have to be mentally taxing. What these puzzle elements lack in complexity, they make up for in waves of Zeds. In this way it really seems to amplify the survival aspect, having a goal other than simply not dying or getting bigger guns gives some more importance to the player’s actions. It also helps in keeping it from seeming like all you are doing is shooting Zed after Zed after Zed.

“The single player (or co-op) provides a great atmosphere.”

While players can no doubt tackle the campaign on their own, co-op seemed to be a far better option. Solo tends to see many Zeds sneaking up behind for an attack. Incursion does feature some really excellent 360° sound so it’s not a total surprise, but covering each others’ back is preferred. That’s not the only reason to bring someone along either. Killing Floor: Incursion does an excellent job of creating an overwhelming sense of dread with its atmosphere. It doesn’t waste any time in doing so either. The first level drops you onto a farm at night, with a flashlight that does little in the way of illuminating more than a few feet ahead. Well, there went my last pair of clean underwear. Having someone to go through it all with you does help ease some of that dread, but not entirely.

Looking for more of that “classic” Killing Floor action? Try Holdout mode. Here is the more classic wave after wave of Zed, with bosses sprinkled in for good measure. Now, this is not entirely the same as Killing Floor 1 or 2, no real upgrades to be found. But, for general Zed slaying or just for some added replay value it’s hard to beat.

If there were any real complaints it would be that the controls, while close to feeling natural, aren’t quite at that level. The hands always seemed to be pointed at an angle just slightly different from how I was holding the Vive controllers. Another thing that is “close” was trying to holster pistols or grabbing grenades. The holsters protrude out from in front. That took some getting use to, but even still, I often found I was close to putting them back only to have them drop on the ground instead (they do come back on their own after a few seconds thankfully). 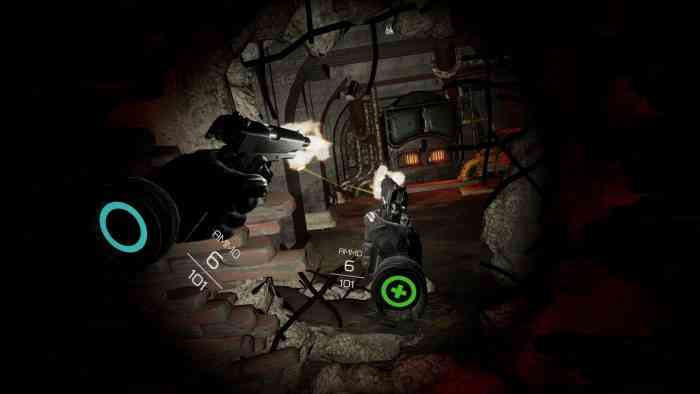 Similarly, grenades were right next to the flashlight on your chest. Grabbing one of those things makes a big boom, grabbing the other produces far less desirable results. Their relative proximity to each other can lead to having to look down to make sure that the right one is in hand. That’s not really optimal with a pack of Zeds in one’s face.

Overall though Killing Floor: Incursion is a pretty solid VR experience. The single player (or co-op) provides a great atmosphere. When it comes to getting the horror aspect to be actually horrific, Tripwire Interactive has done an excellent job. It’s really that experience that sells it. No, the enemies aren’t terribly varied, but Zeds seldom are I suppose. It’s not Killing Floor as players are used to, but that shouldn’t matter. If you like shooting Zeds and hate the prospect of having clean underpants then this is the game for you.

***Vive code provided by the publisher*** 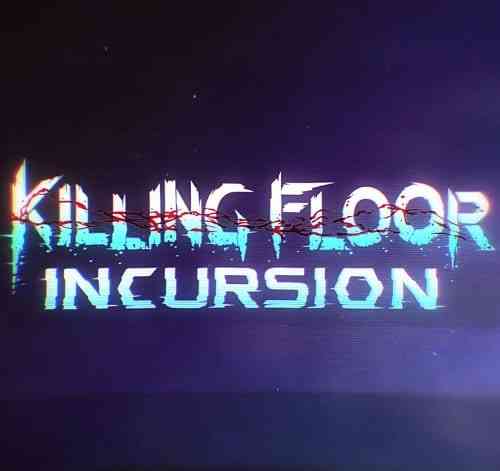