Video games are often seen as intensely violent displays of flashing lights and bombastic scores. But there’s an ever-growing selection of games offering momentary reprieves from the cliché bloodshed, moments intended to evoke contemplative solitude or make the player appreciate grand and beautiful vistas. Jotun is a game that straddles this dichotomy, mixing eye-popping environments, superb combat, and moments of tranquil reflection to make something short, sweet, and memorable.

The game tells the story of Thora, a Viking shield maiden who drowns during a particularly turbulent boat voyage. If that wasn’t sad enough, the manner of her death prohibits her from entering Valhalla in the afterlife, since its doors only open to those who die in combat. Because passage to Valhalla is only granted to those who fall in battle, Thora must earn her spot in Odin’s hall by finding and killing the Jotun, five towering elementals of Norse mythology, armed only with her comically large ax.

That premise alone is enough for a lot of games to rest their story on, but much like Its forefather, Shadow of the Colossus, Jotun adds a great deal of narrative depth through its environments. Spread throughout the game’s 10 levels are shrines to discover, secrets to dig up, and a tightly-written, emotionally complex backstory told through some fantastic Icelandic voice-acting.

Like a lot of action games these days, the controls are simple, but mastering them can be incredibly tricky. Upon her resurrection, Thora has a light attack, heavy attack, and forgiving dodge at her disposal. Along the way she’ll come across massive shrines to the Nordic gods, each giving her a new skill to add to her arsenal – skills like the use of Thor’s mighty hammer, or the ability to create an explosive decoy thanks to Loki. While each new power aids Thora’s quest considerably, they are limited in both their use and their power, which means you’ll still have to rely on your timing and memorization skills to get Thora into the golden halls.

It’s clear from the opening minutes of Jotun, though, that the developers at Thunder Lotus Games wanted to do more than just make a fun action game – they wanted to inspire awe in their audience. For me, they accomplished that on two fronts: their environments and their Jotun battles.

These aren’t just two disparate elements either, instead intertwining in surprisingly clever ways. The worlds themselves are gorgeous, with viewpoints spread throughout the game that encourage you to gawk at each new meticulously hand-drawn backdrop before moving on. Besides Jotun-slaying, you’ll also have to solve environmental puzzles that range from creating a bridge with a fallen tree to building constellations that open a new path. The only real complaint I had in my three-to-four-hour playthrough is that there were a few times I had to backtrack, either because the narrative required it, or because I missed a switch somewhere down the line and had to figure out where. 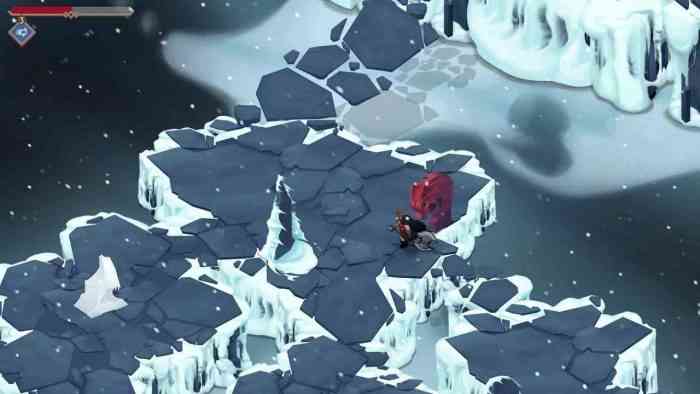 Each world is also themed based on the Jotun you’re fighting, weaving together mythology and level design in refreshing and memorable ways. The Frost Giant’s world, for example, is a snow-covered wasteland which can turn into an icy sheet during your battle with him. The Blacksmith Giant, on the other hand, is found on a desolate immolated hellscape, with the final battle set in a never-ending firestorm. I often found myself both sad to leave a level in Jotun, but also eager to see where the adventure would bring me next.

Jotun: Valhalla Edition on the Switch is a faithful port of the PC version, with the addition of a Valhalla Mode, a boss-rush mode that gives you harder version of each Jotun to fight. Having an excuse to revisit the Jotun fights is cool, but even without that, Jotun is a well-crafted experience made for anyone fond of great storytelling mixed with satisfying combat. 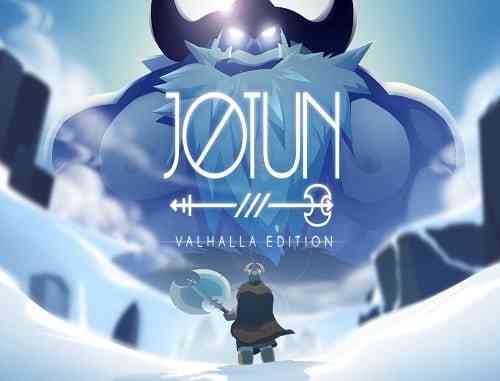 
Northgard’s Clan of The Rat Introduces New Mechanics And More