Into the Pit Review

Relentless. That’s the one word to describe Into the Pit. And you know what? If that’s the one goal of the game, Into the Pit is flawless. The speed, the music, the low-fi graphics, the entire experience is designed to come at you, at maximum velocity and full tension. It never lets up. It’s relentless. For better or worse though, the review process means slowing down and taking it all in, so let’s talk about Into the Pit.

We’re probably at a point where the nuances of “Roguelike” vs “Roguelite” have been rendered meaningless, but you know what I mean. You go on runs, incrementally adding to a build, until eventually you die and return to the beginning, but with some resources you picked up along the way, a little bit smarter and a little bit stronger. That’s the kind of game Into the Pit is. But where the genre is mostly made up of dungeon crawlers and card battlers, Into the Pit is a first person shooter. It’s not a completely original combination, but there’s definitely still room to play with the mechanics of an FPS meets Roguelike. That’s the space Into the Pit inhabits. 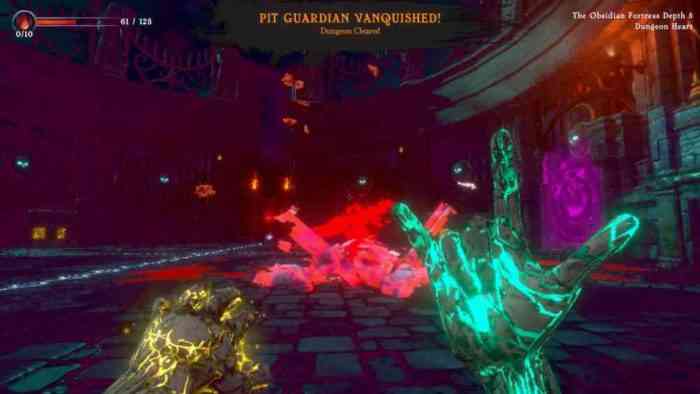 Some shooters have cover mechanics, some have stealth mechanics. Into the Pit doesn’t really have either. This is a shooter more akin to Doom, you are always moving, clearing rooms of overwhelming hordes of enemies. The Doom comparisons don’t ever really leave your mind, because Into the Pit is similarly concerned with demons and a heavy metal aesthetic. Where it diverges however, is the arsenal: there are no guns…sort of. Instead you will choose between spells, which you will assign to your left hand (button) and your right hand (button). 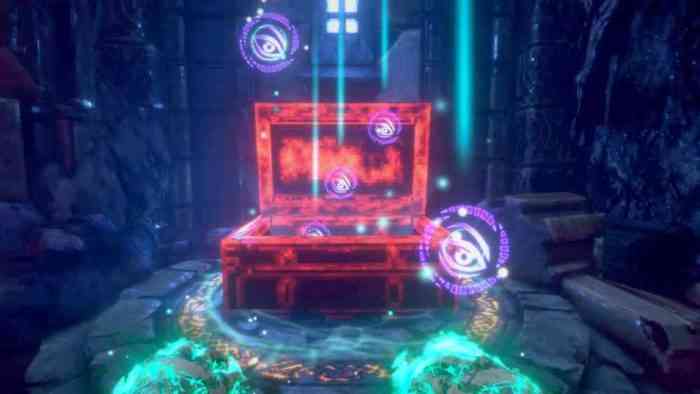 I say ‘sort of’ because while you are shooting different kinds of projectiles named for spells, they are essentially just different guns. Sure there’s the medium-range rapid-fire spell that deals good damage, but that’s just the assault rifle. And there’s the short range spread attack spell, but that’s just a shotgun. The slow, long-range, high damage spell is cool, but it’s just a sniper rifle. Because of the retro style of the whole game, there’s not really a robust physics engine that could really support the complexity of a magic system. There aren’t spells that interact with the environment in a significant way, or something cool like, I dunno, a swarm of demon bees you shoot from your fingertips. Calling your guns spells is a neat idea, but there’s not a lot of creativity on display here.

This is the point where I cautiously assess Into the Pit’s sense of style. Where do we stand on pixel graphics? I’ve certainly liked my share of games that use them, but there’s something to be said for more dynamic visuals. I’m not talking about a full-on Naughty Dog AAA production, but games like Hollow Knight which have gorgeous, but simple, animations. Into the Pit is intentionally looks like a simple, 1990s game, but that doesn’t really sell the creativity of the idea that I’m a cool wizard battling through hell. Instead I feel like a guy with invisible guns fighting through ugly rooms. 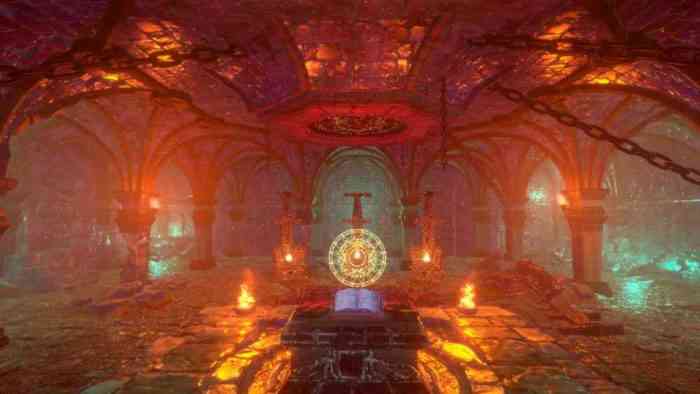 And again, intentionally ugly is not bad. This is supposed to be a hellish dimension; it’s not supposed to be cozy. But I find myself thinking about Doom again. In the newest game, you healed by tearing apart demons with an infernal chainsaw. It was maximalist and absurd. If you asked me to describe what Into the Pit looked like, I’d say minimalist. And that’s completely the wrong vibe.

The Business of Demon Zapping

All of that makes me wonder: is Into the Pit a good idea that’s just not clicking with me, or do I think it has problems? The game’s writing makes me think it’s the latter. There’s a lot of business in Into the Pit, Villagers who hang out in a dark town and talk at you. And talk and talk and talk. A lot of their dialogue is explaining the systems of the game, what they sell, and how they should be used. But every one of them is dull and poorly realized. They feel like stock dark fantasy characters and again, totally fit the hellish aesthetic, but they never do anything with it. Their presence feels perfunctory. 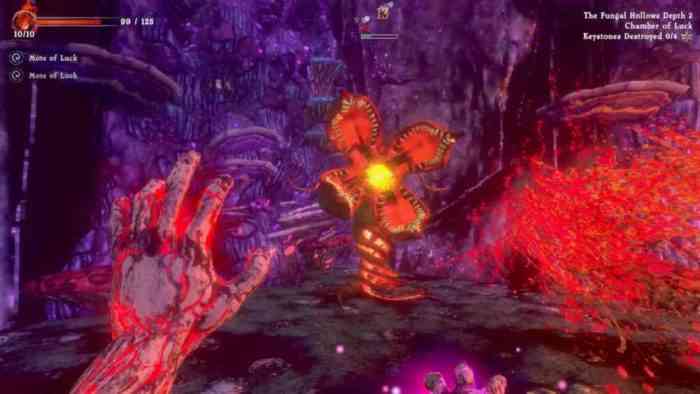 All that said… Into the Pit is still relentless. It’s a fast paced shooter, that feels really tight as a first person shooter. It’s meant to be played in fast bursts, so maybe it’s the perfect exciting thing to get you pumped while commuting on the bus. Or the kind of game where you breeze through the dialogue, turn off the sound and play while listening to a 25 hour audiobook. Into the Pit is a well-constructed roguelike shooting game and if you’re the kind of person who hears those words and yells, “I’m sold!” then you will probably have a lot of fun. But it’s not going to make believers out of genre-skeptics.