Hindsight 20/20: Wrath of the Raakshasa Review – Every Decision Makes a Difference

Hindsight 20/20: Wrath of the Raakshasa Review

Choice has become increasingly more important in video games. Whether it’s been given the opportunity to select how you want to play, choosing dialogue options that alter the path of your story or even molding your character’s appearance, gamers want ownership over their experience. With Sucker Punch and Bioware veterans at the helm, Hindsight 20/20: Wrath of the Raakshasa looks to add weight to each decision. As the consequences of your actions affect the fate of an entire kingdom, there’s one question you must consider: what kind of leader will you be?

Once a peaceful place, the kingdom of Champaner became victim to a deadly virus. The Raakshasas quickly infected its residents turning them into bloodthirsty, demonic creatures. As the city lies on the brink of complete and utter destruction, you get the opportunity to go back to the beginning, before the disease spreads, in order to right the wrong that led to the demise of the realm.

You Got the Whole World in Your Hands

As Jehan, a one-armed warrior who is distraught after the loss of his father, you must choose between being compassionate or callous. Each decision feels significant and has long-lasting effects. In one segment, I decided to help break a woman out of solitary containment. As the woman and her husband showed no signs of the infection, I rendered this a suitable option, however, much later down the line, the effects of this opened up a new narrative strand that offered a touching tale within a horrible circumstance. Due to consequences affecting the world and its residents, Triple-I Games manages to present choices that will make you ponder and scrutinize every decision. Although some options may seem simple, the way they affect the world can vary, making you consider every possibility as even little elements such as the time taken can play a factor in altering the future. 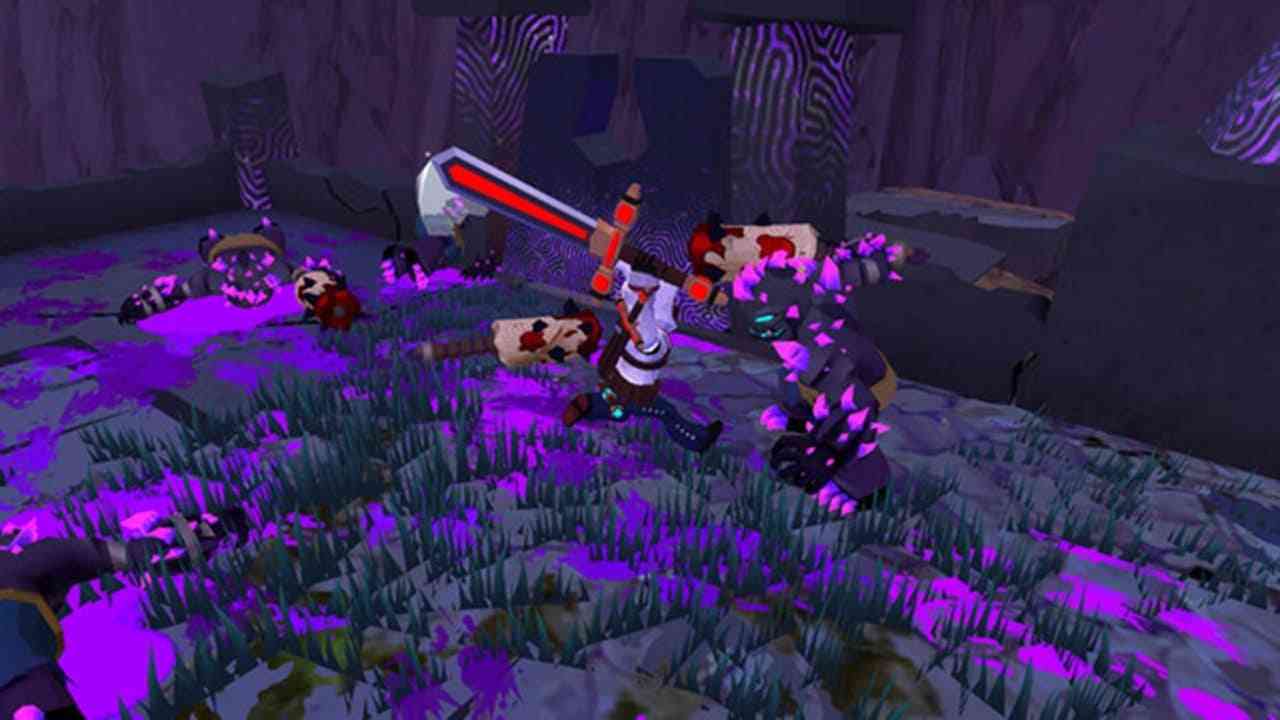 Combat is separated into two distinct styles that can be selected before each section. Choosing to be either merciful or ruthless, alters your manner in battle. With the sword, you will strike with venom, killing those who stand in your way, leaving a blood-soaked path to your destination. In these moments, the game feels like a traditional hack and slash game. You can dash around arenas, summon blades that piece through the ground, viciously annihilating each and every person. Opposing this, you can spare foes rather than slaughtering. This approach leads to more methodical action, placing emphasis on combos that require you to hit a different character each time. Every third strike stuns enemies whilst the sixth musters a special attack that hits several people at once. Due to the specific conditions in place, you will need to lure opponents in and measure strikes. Unfortunately, the combat does lack the rhythm and flow that great examples of the genre contain, however, with ramifications for each decision, there is added tension when deciding to either brutally butcher or strategically stun adversaries.

Making Your Own Path

Areas follow a linear path with rooms containing either combat, traps or puzzles. Conundrums are mainly block-based, requiring you to maneuver objects to particular locations. These vary throughout the duration of the game but never become too difficult. This is the same for hazardous areas. Whilst blades rush across the room, there is never a real sense of danger as you can easily cruise past. 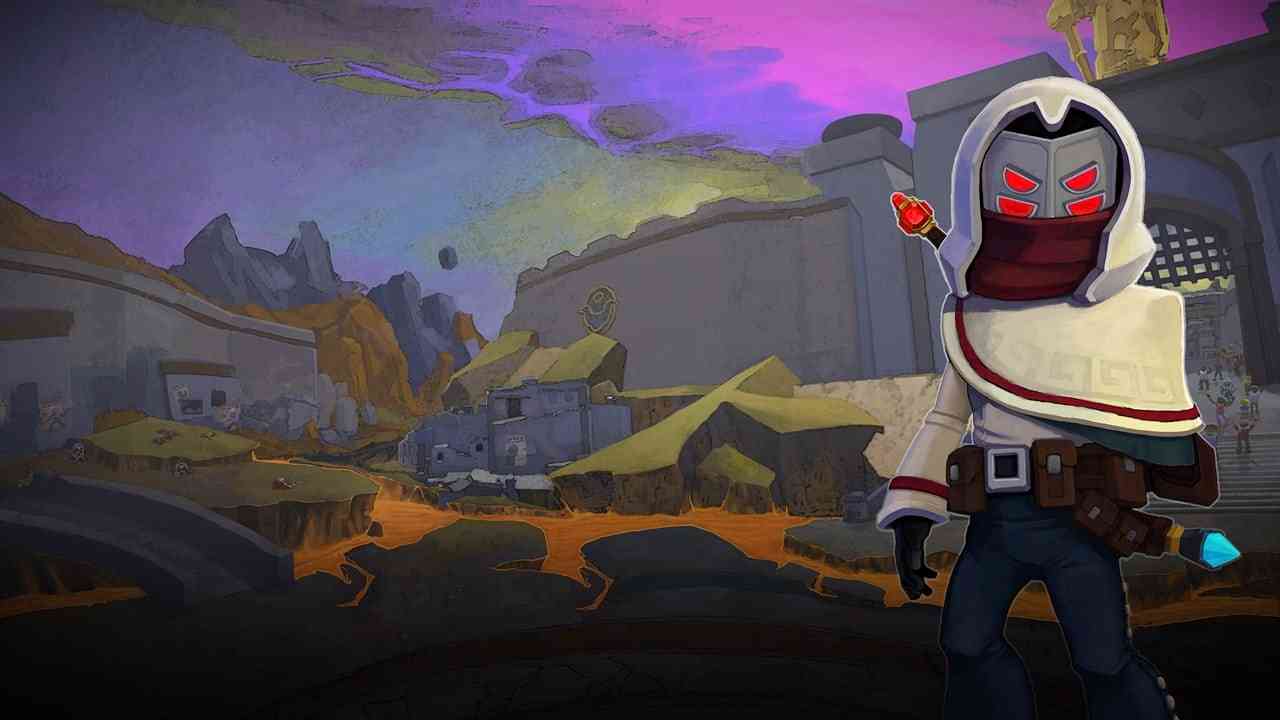 The cell-shaded aesthetic conjures up memories of Gamecube-era action-adventure games.  Each environment has a mythical tone that is highlighted through its color palette. The stark purples and translucent greens contrast with the stone, eastern architecture. Although areas are packed with boxes and jars, nothing is destructible, discouraging exploration. Depending on your actions, the kingdom and its inhabitants can alter, encouraging multiple playthroughs. With similarities to Ezio and Link, Jehan is a well-designed protagonist who moves elegantly across the battlefield. Other characters, however, have an unnerving doll-like appearance adding a sinister tone to the game.

Due to choice being at the forefront, the game will beckon you to replay and tackle situations differently. With its relatively short run time, re-visiting the world isn’t a chore. Completionists have ten different endings to discover and an array of collectibles to find which build the lore of the universe.

Hindsight 20/20: Wrath of the Raakshasa is an intriguing game that plays with the idea of cause and consequence. Due to decisions clearly affecting the world, I found myself agonizing over choices to ensure the safety of the kingdom. Although the combat alters depending on whether you are merciful or ruthless, it lacks the nuances to sit amongst great action-adventure titles. However, with its endearing design and brilliant premise, fans of narrative-driven, action games will enjoy carving their own route for a nation in need.

***PlayStation 5 key provided by the publisher*** 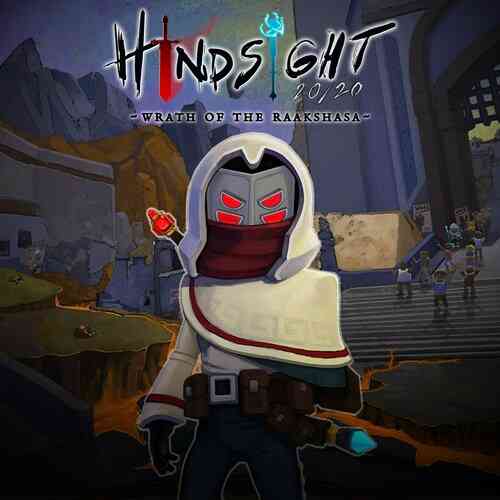 One Piece Odyssey Review – Straw Hat Fan Service
Next The Artful Escape Review – Scuse Me While I Kiss the Sky
Previous Tales of Arise Review – Familiar, Fluid, and Fun