Most everyone has had at least one crappy job. For me, it was the summer I worked in the Honda warehouse. All day, every day, my job was to count and inventory bins of small auto parts. We’re talking washers, bolts and screws, not fenders and steering wheels. Decades later, I can probably admit that my precise counting very quickly degraded into eyeballed guesstimates. I thought of that job while playing Hardspace: Shipbreaker.

Coming from the developers of the Homeworld franchise, Hardspace: Shipbreaker sort of imagines what would happen if all those fancy space ships were just derelict junk to be salvaged. After all, there’s a lot of recyclable materials on a space frigate, from pieces of hull to nuclear reactors. And someone has to do the dirty job of taking those ships apart. Where’s future Mike Rowe when you need him?

You work for Lynx Salvage, a subset of a corporation so huge and anonymous it makes Amazon look like a mom and pop grocery. First, you sign over your body — or at least your clone-able genetics — to the company so that in the inevitable event of your death, Lnyx can resurrect you in a new body. You start by owing your benevolent taskmasters a billion dollars, a debt so large that it’s essentially meaningless. That said, the narrative hook is that you’re working to pay it off, probably over many lifetimes. 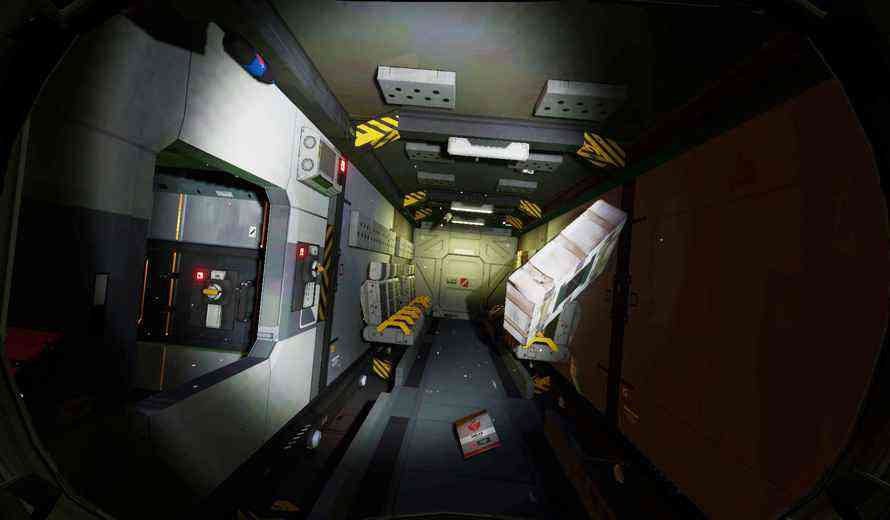 You’re a cutter and your job is to carefully dismantle junked spacecraft. You float in zero gravity, using tools to cut at various points and tethers to pull things apart. You sort your scrap into three categories. The most thorough and literally rewarding job is when there’s nothing left on the bones, and you haven’t died. Your efforts earn you cash as well as experience points, which you can use to purchase and upgrade your equipment.

Live to Cut Another Day

In the normal mode, death just means being instantly cloned and reborn, which naturally adds to your debt. You can opt to play with a limited number of lives. You can also dial back the challenge by turning off oxygen and fuel limits.

Those resources are important, and they’re replenished — at a cost, of course — at the end of each fifteen-minute shift. At the end of your shift, you go back to the barracks whether you’re done or not. You can continue your work during the next shift, but each run costs money. You can also play the game without shift timers, which takes a little of the frustrating time limits off. Each ship breakdown takes around 90 minutes, give or take.

Things start off pretty easy, but it doesn’t take long for the challenge to accelerate. There are lots of things that can go wrong, and often do. Unexpected explosive depressurization is a big one. Mishandling nuclear materials is another. Moment to moment, Hardspace: Shipbreaker’s gameplay is a rewarding loop that has a puzzle-like element and the satisfaction of reverse engineering complex constructions.

There’s a pleasurable rhythm to cutting, but over time things can start to become monotonous. There are a limited number of ship designs, after all, and assignments eventually lack variety, though they change up near the end a bit. At thirty hours or more, Hardspace: Shipbreaker is a substantial game. 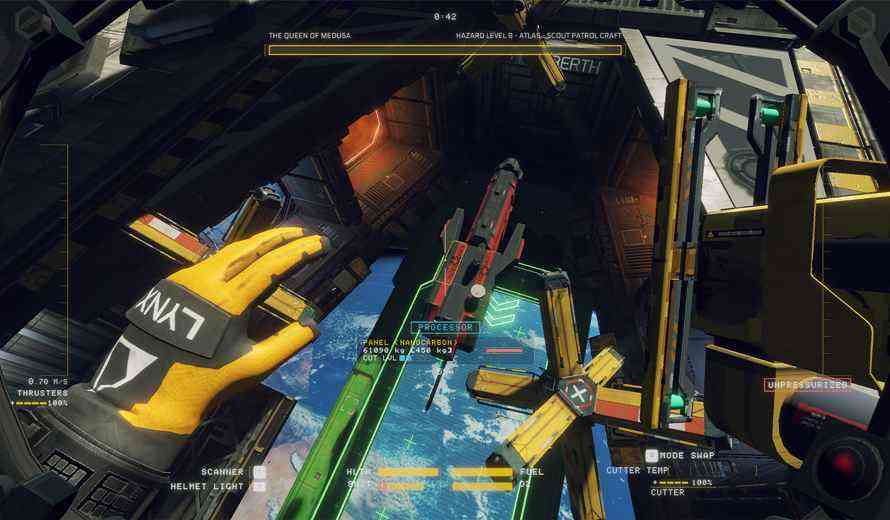 Look for the Union Label

Hardspace: Shipbreaker is not just about drifting through space and dismantling derelict spacecraft. It also has a substantial narrative that focuses on corporate culture. Well, that might be too high-minded a description. It’s more like a satire of all those oppressive and annoying middle managers, quirky co-workers, and the existential black hole of endless repetitive tasks. Told through static images, you never actually meet your fellow cutters and bosses, but you do have extensive conversations with them. The dialogue is not voiced, but it’s well written and the humor is not too forced. The message is clear, though. Mega-corporations — now, or centuries in the future — treat workers like interchangeable parts, essentially and forever beholden to the company. Not, perhaps, an entirely new idea.

Graphics are not the point of Hardspace: Shipbreaker, but they’re clean and sharp, with some excellent lighting and particle effects. Movement in zero-g controls really well, and while the salvage puzzles can be very challenging, there’s rarely frustration due to poor controls or confusing goals. The game’s music is folk-country themed, a refreshing choice for a distant-future game. It suggests the proletariat vibe that the narrative revolves around. 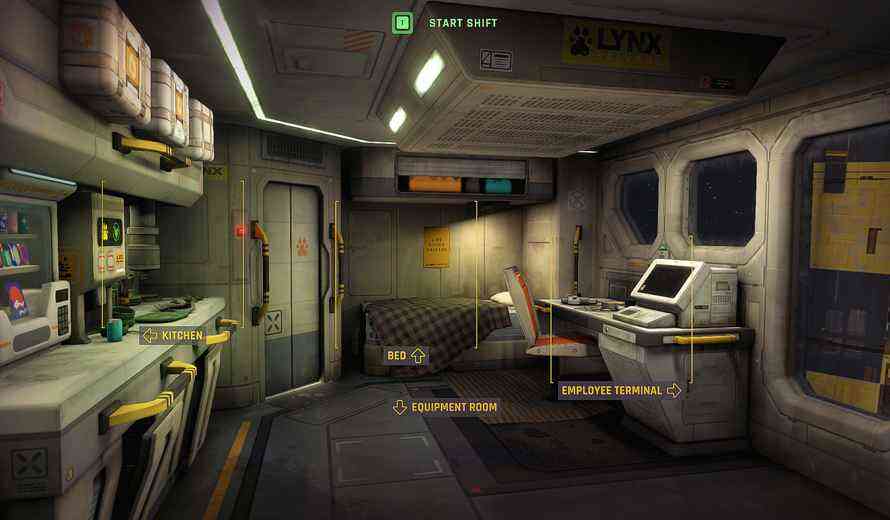 Get Up and Do It Again

Hardspace: Shipbreaker does a great job of reminding us that, no matter how marvelous our futures might be, we’ll still be working for the Man in one form or another. Aside from maybe being too long for its own good, the game is simultaneously relaxing and challenging to play. It drills down on relatively few ideas, but makes them engaging. Hardspace: Shipbreaker has developed into an outstanding sim and puzzle game. 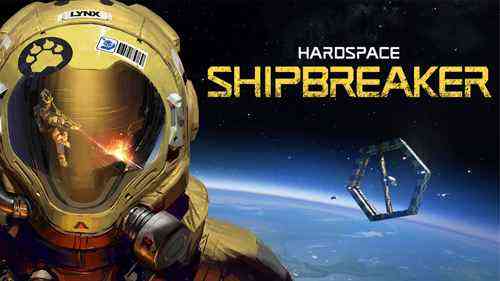 
A Plague Tale: Requiem Will Announce Release Date This Month