There are many avenues towards frenetic Gundam battles, but none so pure as (ahem) Mobile Suite Gundam Extreme VS. Maxiboost ON. While the title is a real mouthful, the game itself is as lean and sleek as a high-priced sports car. Yet what has been sacrificed in the pursuit of this purity? I love battling it out with any one of the… 183(!!) units available, but is that all one needs? Is there any room here for like, a story of some sort? MSGEvsMO does have a single player campaign, albeit a skeletal one.

Maxiboost is the essential Gundam battle experience, and one of the two major ‘campaign’ options at your disposal. Rather than weigh you down with plot, dialogue, or fetch quests, this mode is a strict and steady diet of combat. The other game modes are built with an identical philosophy in mind. This is both a blessing and a curse. If battle is what you’re here for, perfect! Pull up a chair and let’s get to it. Otherwise I’m not sure what to tell you. Every menu option is either robot punching, robot shooting, or pictures and videos of those two things. There are single player battles, missions, and multiplayer modes to engage in. Or if you want to be up front about it, battles, battles, and also battles. But are they good, these battles? Are they fun to repeatedly engage in?

Battles All The Way Down

Absolutely! EVMO does exactly one thing, and that thing is done so very well. There are well over a hundred Gundam to choose from, each with their own moves to master. While a lot of them are similar, none of them are exactly the same. I think. Honestly, there’s a few too many to even try them all. This touches on one of EVMO’s more complex elements. The choices are so staggering, you’re almost paralyzed by them. There are Gundam from every series, and there are dozens of shows to pull from. Gundam Wing, Gundam Seed, Gundam Unicorn, and so on, so forth, stretching to the horizon. The variety is enticing, until you’re looking for something specific. 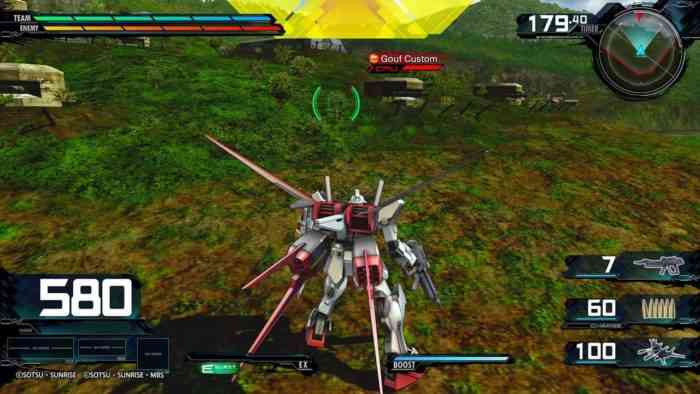 I wanted someone fast, with reliable long-range output. Solving this problem meant a long period of trial and error. I ran test battles with fifteen different Gundams before I found someone who more or less met my needs. There’s not stat breakdowns for the characters, and no indication beforehand how they’ll perform. You can get a list of their moves ahead of time, but this is mostly useless information without field testing. Long-time fans will already know how these fighters behave, but a newcomer to the franchise will be fully lost. The game is somehow both easily accessible and slightly obtuse.

Take the combat controls. Every Gundam comes with the same basic input setup. This is great for switching from one fighter to another. Sure, the moves mapped to these standard inputs are always different, but you’ve got at least a chance to figure things out. There’s just no easy way to learn said moves. As I keep reiterating, all of Gundam Extreme VS Maxiboost ON is battles. Down time for things like cut scenes, dialogue, and training, simply doesn’t exist. To this end, any fights with a new Gundam feel very sink or swim. Be prepared for some extensive live fire testing.

Out of The Frying Pan

Gundam is one of those franchises that slipped by me in my youth. So the extensive history behind this game is lost on me. Fans will have a lot to love here, however. The various Gundam fighters are highly detailed, with great care taken for each of the series variants. The collision physics and death animations are a little flat, but the combatants look great most of the time. Your abilities feel in line with the tone of the series; weapons have limited ammo, and big moves have a significant cooldown. Serious Melee moves are tough to pull off, but very satisfying when you succeed. Overall, the fighting nails that balance between approachable and complex.

If it feels like I’ve left out critical details in this review, I promise I haven’t. The game is just that simple, is all. Multiplayer is the same battles, only with ranks to contend with. There’s an arcade mode that you can finish in less than an hour, and the Maxiboost missions that will keep you busy for ages. When you’re not engaged in furious combat with a host of other Gundams, you can mess with the Gallery and just look at them. There’s even a list of short animations associated with some of the arcs! Overall it’s truly just battling. If this is something you’ve always wanted out of a Gundam game, you’re in for a treat. But I can’t emphasize enough how pared down this experience is. But if fighting is what you want, then Mobile Suit Gundam Extreme VS Maxiboost ON is exactly what you need.

***A PS4 code was provided by Bandai Namco Entertainment*** 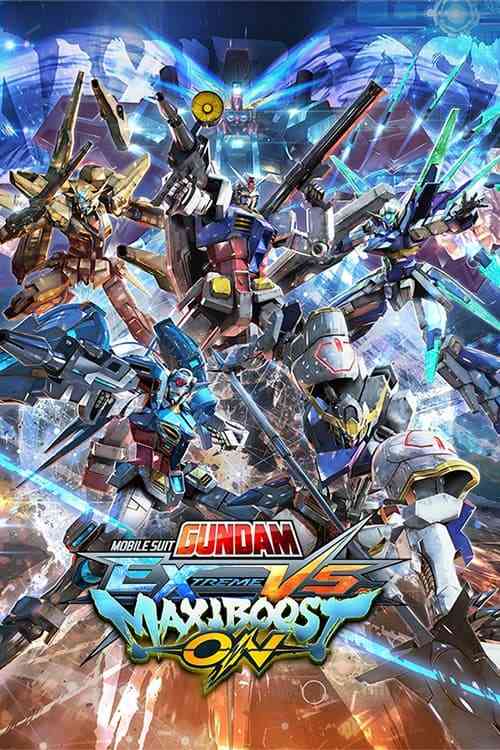 Elden Ring Is 2022’s ‘Best-Selling Game in US,’ Says NPD Analyst
Next Maid of Sker Review – Don’t Hold Your Breath
Previous Yakuza Kiwami 2 (Xbox One) Review – A Brutal Gangster Epic Gets a Refresh