As a gamer who has always owned both the Xbox and PlayStation consoles, I have felt bad for Xbox-only players for many years in one big respect: they couldn’t play the amazing Yakuza series of games. But now, it’s the opposite – I envy them. With Yakuza 0, Yakuza Kiwami and now Yakuza Kiwami 2 all releasing on Xbox One just in the last 6 months, they’ve now got the chance to experience this legendary series for the first time, with fresh eyes. And oh, what wonders await them.

Yakuza Kiwami 2, out now, is as good a place to start the series as any of the games. It stars series protagonist Kiryu Kazuma, stoic Yakuza enforcer turned family man. After the explosive events of Yakuza Kiwami (narratively, the first game in the series), he just wants to settle down and raise the orphaned Haruka and put his gangster days behind him. But … you know where this is going; he’s pulled back into the dark nether regions of Tokyo’s seedy/glamorous underworld when a new enemy, Ryuji Goda, comes forward to take him down and take over the Yakuza.

You’ve probably heard that Yakuza games are like GTA but set in Japan. That tells part of the story but Yakuza is so much more than a GTA-clone. In truth, the series owes more to the classic Japanese Yakuza movies of the last 50 years in its themes and aesthetic style – I strongly recommend you check out a few Yakuza film classics before you play in order to understand the particular culture Yakuza Kiwami 2 and other games in the series draw from. Watch Ryuji (1983), Another Lonely Hitman (1995) or Sonatine (1993) and you’ll appreciate Yakuza Kiwami 2 much more.

Kiryu Kazuma, for example, exemplifies the classic Yakuza film anti-hero; in some ways he’s a jaded killer but he’s also driven by a strong sense of morals and justice. This is a common thematic thread in the ninkyo eiga (“chivalry film”) genre of Japanese gangster flicks. Like his cinematic forebears, Kiryu tires of the thug life and tries to give back to society, putting his violent past aside to raise his adopted daughter. But Ryuji Goda and the rival Omi clan pull him back in despite his best efforts to avoid it.

Yakuza Kiwami 2 also brings the same high production values you’d expect from any epic film. The voice acting is superb, using a lot of the same actors from the aforementioned live-action movies, and Masami Iwasaki in particular does an excellent job of voicing Ryuji Goda’s guttural and menacing dialogue. The story builds up slowly, as with the other games, with Kiryu facing off against lower-level bosses at first and eventually taking on Goda in the epic final showdown. Yakuza Kiwami 2 offers one of the best overall narratives in the series and although the crowded cast gets difficult to keep track of it’s still addictively engaging from start to bloody finish.

This time around, SEGA has also completely overhauled the game by using the new Dragon Engine – the same engine used in Yakuza 6: The Song of Life. That means much more fluid (and brutal) combat, destructible environments like windows you can throw enemies through, more realistic visuals and character models, and seamless transitions into battles. Although the original Yakuza 2 was released in 2006 on the PlayStation 2 (wow I feel old), Yakuza Kiwami 2 takes it and rebuilds in from the ground up and you’d swear this game was a latest-gen release (which it is, but you know what I mean).

Mad Dog is Back

Then there’s Majima. That name won’t mean much to newcomers but If you’re a veteran of the series and love Majima, you get big fan-service in Yakuza Kiwami 2. He’s given his own narrative campaign, giving more interesting backstory on his evolution from Mr. Nice Guy to the “Mad Dog of Shimano,” a metamorphosis begun in Yakuza 0 and continuing since the events of Yakuza Kiwami. It’s something added just for this re-release and it’s a huge addition of great content.

The Yakuza games have always offered a big urban open world to explore. This time around you get the usual Kamurocho (a fictionalized but very accurately-rendered Tokyo) but there’s also Sotenbori (Osaka). They aren’t quite as expansive as Liberty City but they are packed with shops like playable video game arcades, gambling dens, batting cages, hostess bars and tons more. There’s also side-quests. The improved Dragon Engine visuals have made for a bit less depth in this aspect, though. Previous Yakuza games might have had as many as 100 side-quests around the open world, but Yakuza Kiwami 2 offers a more modest number. Still, you get a nice cross-section of funny, touching and just plain bizarre situations and people to meet (and beat up, usually) as you walk around.

If you’re new to Yakuza, do yourself a favor and check out the Club Czar side mini-game. It’s actually a substantial side-quest diversion in which you build up your own Hostess Bar in Sotenbori, competing to be the number 1 bar in town. It’s a fascinating look into a uniquely Japanese cultural phenomenon, plus it is just addictively fun to play. This and the Clan Creator mini game are deep and enjoyable enough that they could easily be released as their own standalone games.

For series veterans, Yakuza Kiwami 2 is a great time but it doesn’t give us anything we haven’t seen many times before, with the usual environments, side-activities, and cutscene-heavy narrative exposition. If we are being honest it’s a series that is due for a reset, and it looks like the upcoming Yakuza: Like a Dragon will be just that. But if you have not yet experienced the series, Yakuza Kiwami 2 needs to be high on your must-play list. So much to do, so much to explore, so many faces to roundhouse kick – living the Yakuza life sure is a hell of a lot of fun.

** A Xbox One game code was provided by the publisher ** 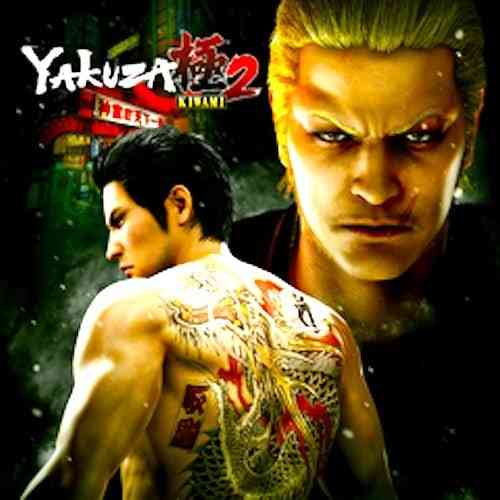