If you have yet to undergo the breathtaking journey that Horizon: Zero Dawn provides, you’ve been missing out. The story of Aloy and her quest to uncover her mysterious past, while taking place in a brilliant amalgamation of ancient civilizations and future utopias, is unlike anything before it. You’ll find Zero Dawn consistently ending up on many critics’ “top games of the generation” list. And if you spend any time at all within its world, it isn’t hard to see why.

But for as much praise as Guerrilla Games’ action-RPG receives, it’s funny that, even still, seeing an exclusive Sony IP coming to the PC is surreal. It’s a good thing, of course. But how many of us had entirely written off the possibility of seeing the likes of Kratos, Nathan Drake, or Joel Miller ever gracing our desktops? Horizon: Zero Dawn has kicked the door off its hinges, opening up an almost overwhelming level of potential. The question is – How high has the bar been set? Is Horizon the AAA PC port that we were hoping for out of Sony’s initial wade through uncharted territory? 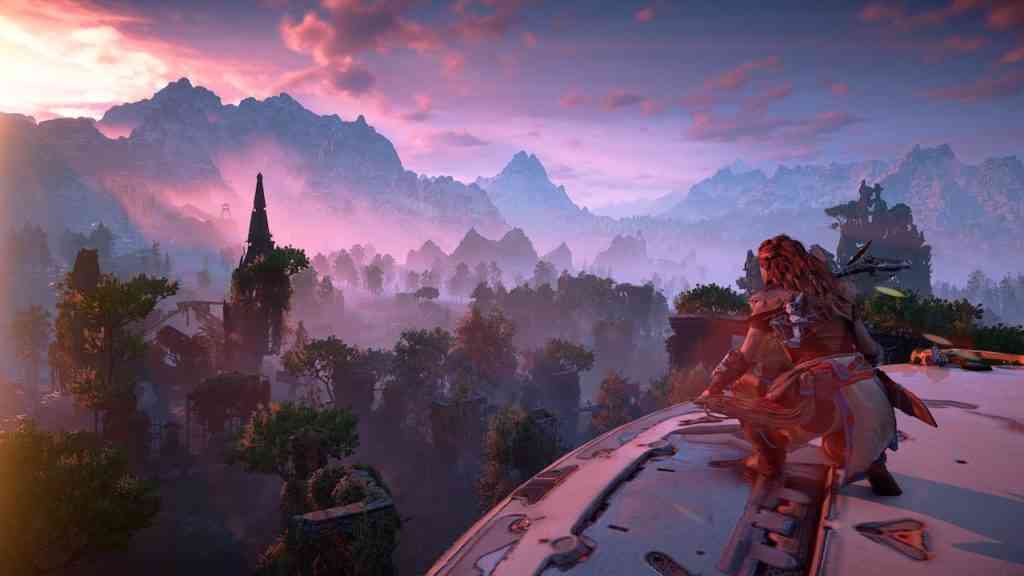 Horizon: Zero Dawn on PC gets a lot right. The vast, open landscape Guerrilla Games have created is more impressive than ever before. So much so that the sprawling wilderness truly becomes the star of the show. Sunlight explodes through trees. The waters are crisp and clear. And luscious, dense foliage blankets the land and brings the world to life in a way that just wasn’t possible on the PS4. It’s a beautiful game, and a whole new way to appreciate something that we’ve loved for years. If you’re a veteran of the franchise or a newcomer alike, this is a fantastic way to experience Horizon. Just be sure to bring a beefy rig.

The PC I used to play Zero Dawn isn’t the most incredible piece of machinery, by any means. But it smokes the minimum requirements needed to successfully run it. However, achieving a steady 60 frames-per-second (FPS) was nigh impossible, even on the lowest of settings. A 35-gigabyte patch was issued claiming to clear up several hindrances, including non-functional anisotropic filtering, animations being locked at 30 FPS despite everything else running at a higher framerate, and shader compilation bugs that cause crashing. The patch worked, somewhat. But there are deeply rooted optimization issues plaguing Horizon that will need serious time to eradicate.

From Here on Out, the Rest is Up to You

You’ll find all of the usual graphic settings ranging from low to ultra, and if you’re unsure of what might work best, you’re provided with a custom mix of presets based on your hardware. The adaptive performance FPS option is attractive if your system can’t quite handle Horizon’s demands. Naturally, anyone looking for a flawless resolution wouldn’t want this turned on as it routinely scales graphical fidelity to maintain framerate. And it does make things look awful at times. But most frustrating, is that adaptive performance doesn’t entirely iron out the framerate. Half of my time spent with Zero Dawn was a headache-inducing carnival game of flipping switches and adjusting sliders in an attempt to create a satisfying parity between visual quality and gameplay fluidity. 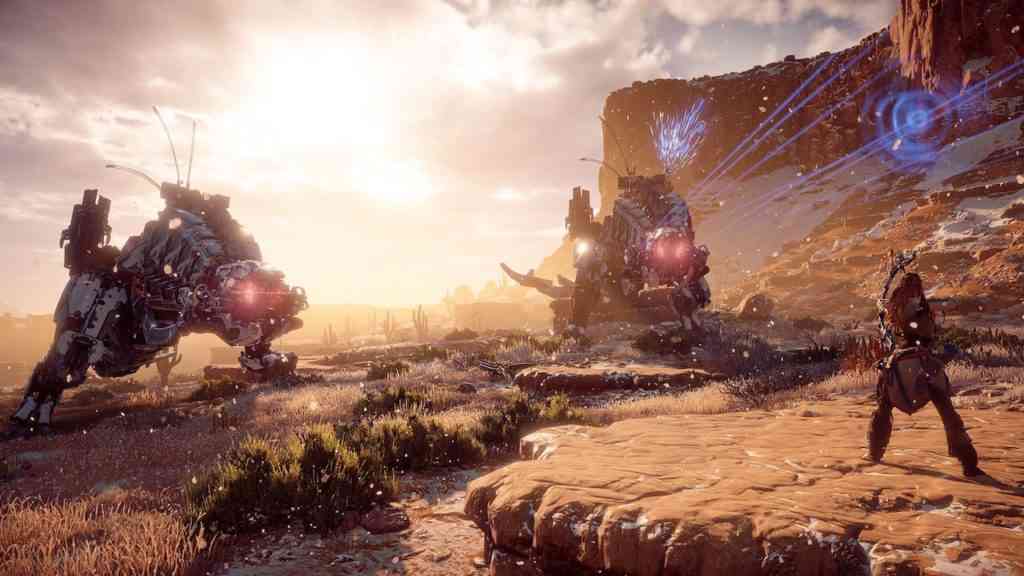 Eventually, I threw my arms up in the air and proclaimed defeat. I simply wasn’t meant to play Horizon beyond medium settings. Switching to high, I found I could improve performance by fiddling with things like V-Sync and full-screen mode as opposed to bordered or windowless. But it was never enough to get Zero Dawn running as I hoped it would. You’ll need the highest of the high-end systems if you’re looking to play it as you would most other PC titles. And if you don’t have that, the PS4 version is on sale every other month for a fraction of the cost.

This is still Horizon: Zero Dawn, though. And if you can’t run the game as smoothly as you would have hoped, it’s by no means a complete loss. Exploring the world, mastering the combat system’s intricacies, and learning of the mysteries surrounding Aloy and the tribes she comes into contact with is exhilarating. The way old and new technologies are blended together is brilliant, making for some of the most compelling character and enemy types you’ll ever see. Encounters are hard-hitting, and on the higher difficulties will demand players to understand the strengths and weaknesses of their foes. It’s incredibly rewarding to feel progression through applicable techniques that you only learn from getting your hands dirty. Especially given that much of the time, imperfection will mean death. Because of this, I found a controller’s analog sticks to be invaluable in combat. Dodging, rolling, aiming, tracking – It all felt the opposite of intuitive on a keyboard, and it wasn’t long before I was begging to switch back to a gamepad. 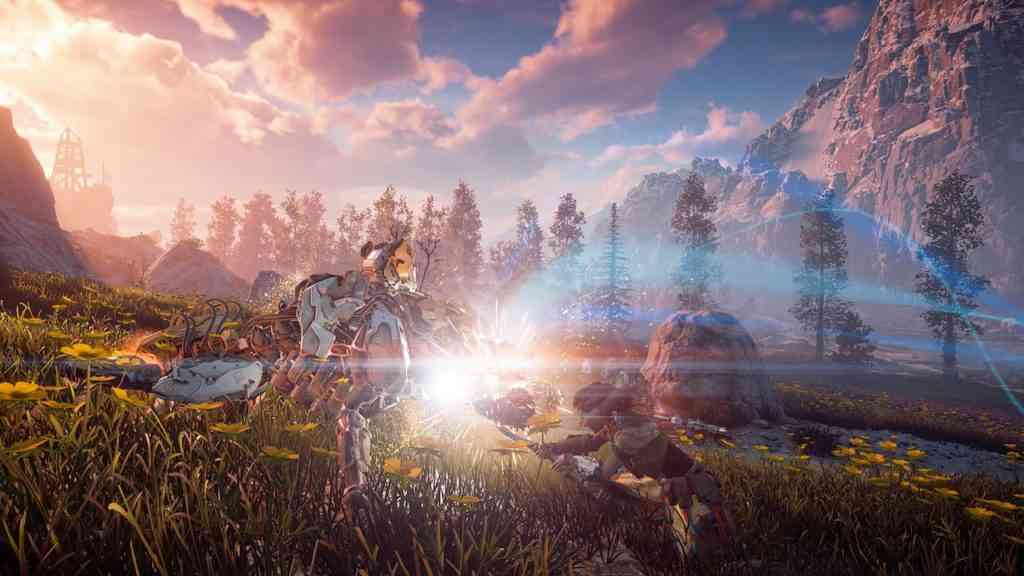 To go along with the rock-solid gameplay is a wealth of audio engineering that will knock your socks off. Audio is a funny thing. It’s often the most thankless job required for media. If the sound production is flawless, you don’t necessarily think about it as much as you would if there were even the slightest imperfections. That was the case for me with the original. But having to now pay attention to these things, I realize just how beautiful Zero Dawn is to the ear. Being out in nature and hearing the trees’ rustling and the howl of the wind make for superb ambiance. And the transitions from serene tranquility to fierce, aggressive confrontation, are utterly intoxicating. Despite excessively frustrating optimization setbacks, there are layers of brilliance to discover here. You just need to get past the growing pains.

If Guerrilla Games hopes to maintain a grasp on its prospective fanbase’s attention, they’ll need to put a hefty amount of work into Horizon: Zero Dawn PC. The journey itself is as incredible as ever. And if you’ve got a computer that can run the damn thing, you’re in for the pinnacle of the series. But for everyone else, I’m not altogether convinced that in its current state, spending the extra money on the PC edition is wholly justified. For now, I’d quietly keep my distance and anticipate further updates.

***PC key provided by the publisher*** 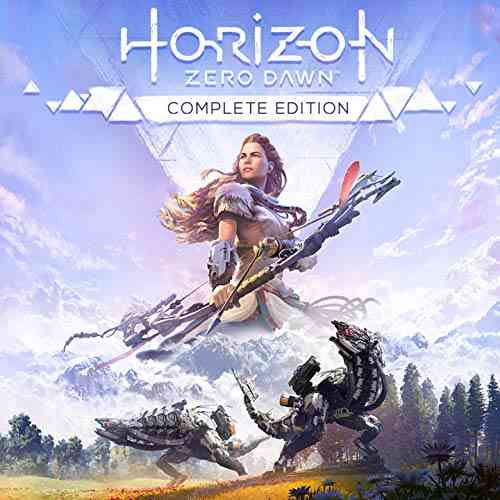