It wasn’t too long ago that the Guitar Hero franchise was a household name, but as quickly as the never ending stream of plastic instruments cluttered living rooms, its popularity dropped like a rock. Guitar Hero, and its compatriot Rock Band, were like a pair of homeless buskers outside a liquor store; down and out. Of course everyone loves a good comeback story, and Rock Band made a smashing return a few weeks ago with Rock Band 4. Twitter buzz and solid review scores demonstrated there remains a thirst for those interactive music rhythm games. So the question remains, can Guitar Hero Live match Rock Band 4’s renewed success? Unequivocally yes!

Unlike Rock Band 4, Guitar Hero Live made the ballsy decision to ditch the playbook by bringing in some much needed innovation and ingenuity to the franchise. There was a reason we all walked away; both Rock Band and Guitar Hero became stagnant and boring. Guitar Hero Live reinvents itself with a completely new FMV (Full Motion Video) experience and redesigned controller with a new button layout. It was a gutsy move and one that largely pays off. While Guitar Hero Live doesn’t exactly reinvent the music rhythm genre, the changes are significant making the game feel fresh, challenging and amazingly entertaining.

“Guitar Hero Live made the ballsy decision to ditch the playbook by bringing in some much needed innovation and ingenuity to the franchise.”

I know I’m truly digging a game when I’m thinking about it for every waking moment. Guitar Hero Live does that for me. Playing on the revamped guitar controller, from the first person view where I’m up on stage looking at all those faces in the crowd with all that pressure is an intense feeling. Even in an empty living room, my palms were sweaty, as my band mates were counting on me to deliver. Fail to deliver and those adoring fans turn on you, in a flash. It’s an awful feeling when they start to heckle but it only adds a level of intensity unlike anything I’ve seen before from the franchise.

It is that level of realism that Guitar Hero Live nearly perfects. It’s an immersive feeling but one that is equally nerve racking. Often I would have to regroup as the fans and my band mates would ‘not so kindly’ tell me to get my act together. In the early going it was a rough ride. The handy, albeit short, tutorial helps some but in the end repeatedly jamming to the tunes was the only way I became more proficient in the game.

Before I tinkered with Guitar Hero TV (more on that later) I jumped into the game’s career mode where you have your choice between two festivals: Rock the Block and SoundDial. It didn’t take me long to power through the campaign’s 42 songs. Simply put, the campaign mode is way too short but the level of enjoyment I had from the experience was high. I didn’t miss those cartoon characters from the old games at all. The first person view makes all the difference in the world making for a career mode that is both memorable and challenging, to a degree. 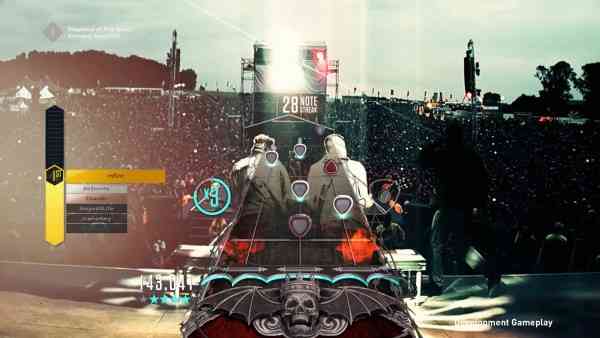 As I progressed along the various set lists, I never ran into that rage inducing Dragonforce-like song that is nearly impossible to play. You know, the song that makes you just shut the game off, put your axe away and live to fight another day? There aren’t any songs like that in Guitar Hero Live and that was a bit disappointing as I never found the tunes become increasingly more complex as I progressed.

What is slick about the campaign however, is how the real bands and crowds react to how I play. I butchered Eminem’s “Berzerk” to a chorus of boos but absolutely nailed The Black Keys “Gold on the Ceiling” as the fans went nuts. Yet regardless of the outcome I walked away thinking about my performances and the look on those fans faces. It’s invigorating and a rush. Unlike previous Guitar Hero games, you cannot fail a song. It doesn’t matter how much you suck. Even if it’s to the point the crowd is tossing objects at you, you must power through. I didn’t mind this as it gives the game a more positive vibe. That feeling like you flunked a major exam is gone.

“While Guitar Hero Live’s career mode has many pros and a few cons, Guitar Hero TV is a straight up game changer.”

Despite the fact you cannot fail a song, Guitar Hero Live will trip you up as the new button scheme does take some getting used to. The controller has a new three buttons up and three buttons down layout. As someone who has played all the old Guitar Hero and Rock Band games with the five button layout, it is bit of learning curve. As notes come scrolling down the note highway, I often hit the wrong button confusing up from down and vice versa.

While Guitar Hero Live’s career mode has many pros and a few cons, Guitar Hero TVis a straight up game changer. You can’t import your old songs, and there won’t be any DLC as we have come to know GH DLC,  but instead you get a modern streaming service and it’s fantastic! What this essentially means is that you have access to 242 songs out of the box at launch and you don’t have to spend an extra cent if you don’t want to. That’s right, 242 songs which is unprecedented for a game like this. Just like many, I was skeptical going in thinking this was just another sneaky way to get your money but it’s not, at all. 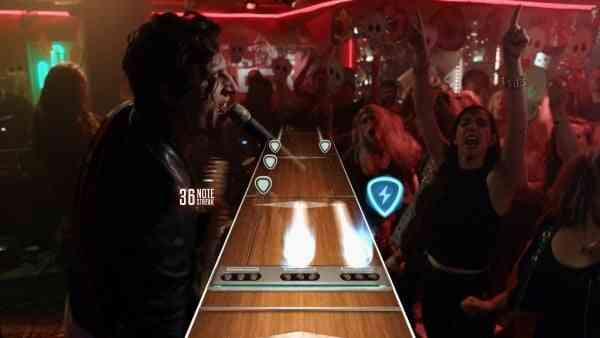 Guitar Hero TV itself boasts over 200 tracks with promises of more on the way in the near future. It is a TV network of sorts which is similar to many music streaming services. It almost reminds me of Madden’s Ultimate Team Mode (I know, I know I’m comparing GH to Madden but hear me out) where you don’t have to buy anything and everything can be earned by simply playing. You can jump onto two channels that are streaming playable music videos, using guitar and vocals gameplay or you can select specific songs from the library. Your scores are compared to your friends and others, there are power ups, things to collect, unlockable content, Play Tokens to accumulate. There are milestones and a leveling up system. The incentives to play are more rewarding than ever. It’s great, and I’ll admit it’s addicting.

You can easily opt out of earning those Play Tokens as you play, and simply buy “Hero Cash”. I have no clue why you would do that at this point but I gather there will be some impatient types out there. Even after spending a countless amount of hours in GHTV, I still have 17 plays in the cue. In other words, I can play another 17 songs until I run of Play Tokens but that is an unlikely scenario given everything you accumulate the more you play. Is GHTV a grind? At this point, absolutely not.

“Guitar Hero Live stands as a gigantic leap forward in terms of immersion and realism, giving us a glimpse of some amazing things ahead for the franchise.”

Not everyone is open to change and some of the old GH die-hards may scoff at the idea but Guitar Hero Live‘s streaming strategy is consistent with what is happening with digital music and how the game’s target audience listens to their tunes.

Before I wrapped things up I should mention drums are gone but the microphone remains working similar to other rhythm based games such as SingStar and Rock Band as it uses a system which gauges your pitch. The pitch level required is displayed via horizontal bars and these bars correspond with the lyrics of the song. Your pitch is compared to the pitch of the artist(s) singing the song and the better your singing abilities (e.g. the better your pitch and timing) the better your score. It works just as well as it did in the past and I have no concerns with this aspect of the game which admittedly doesn’t interest me all that much.

The Guitar Hero franchise has successfully managed to reinvent themselves and moved the franchise into the modern era. The old archaic way of playing with the five button layout and waiting for DLC drops are gone. Instead you get a magnificently redesigned controller with a music streaming service designed to give you an infinite amount of hours to get your jam on. While there remains some room for growth and the absence of drums is somewhat of a let-down, Guitar Hero Live stands as a gigantic leap forward in terms of immersion and realism, giving us a glimpse of some amazing things ahead for the franchise.

*** Reviewed on PS4 with copy provided by the publisher *** 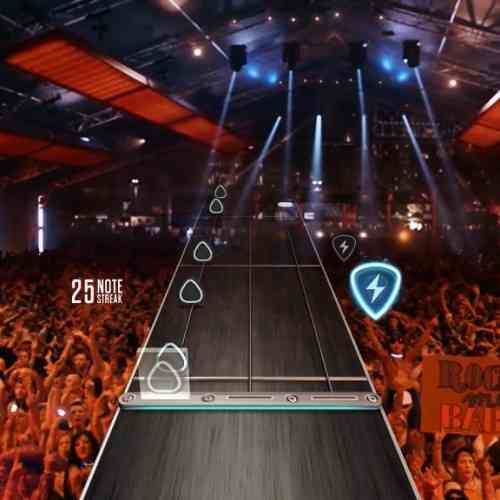 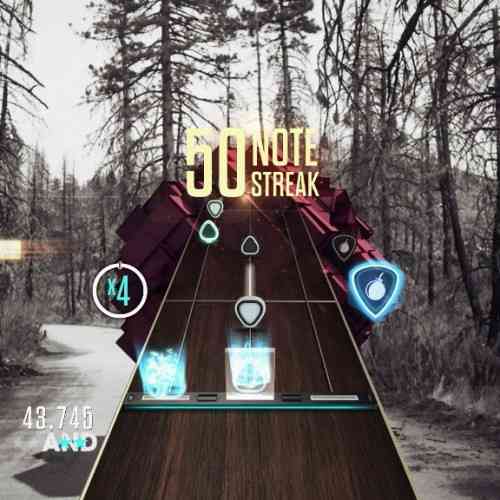 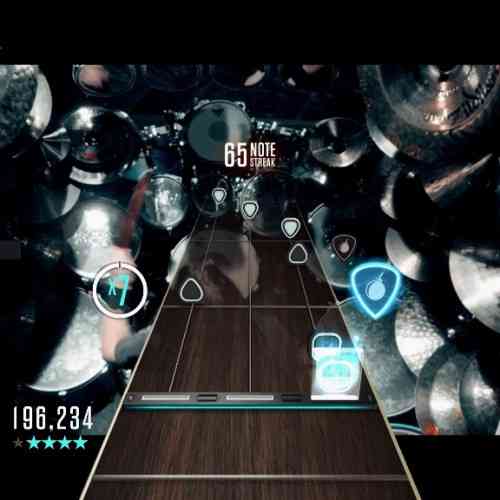 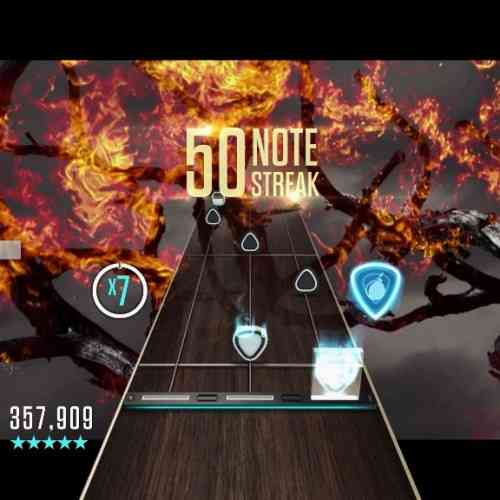 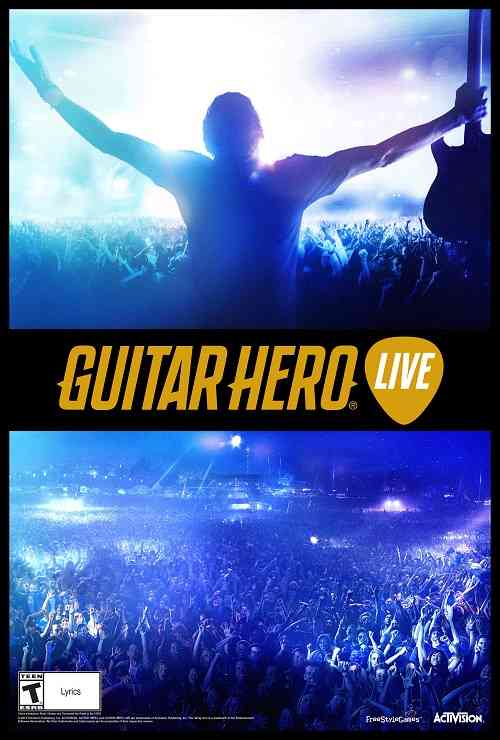