Grid 2019 is the fourth game in Codemaster’s TOCA – World Touring Car series. The previous ones in the TOCA Grid subseries were Race Driver Grid, Grid 2, Grid Autosport. With the simple moniker of Grid, Codemaster is letting it be known that this is a fresh start for the franchise as a whole. To boost the reboot, the consulting services of F1 driver, Fernando Alonso Diaz were acquired to reaffirm Codemaster’s re-dedication to the series by putting not only the money, but also a big name behind it. How successful were they? Let’s see.

Codemasters’ primary aim with GRID is for the player to have fun regardless of where they start or where they finish in a race. So the game sits between simulation and arcade. After playing with it for a few days now, with all the options set to be realistic as possible, the game leans more towards simulation than arcade but is definitely at a rung lower in Force Feedback(FFB) when using a wheel. On the gameplay front, Codemasters have come with a unique spin. This twist, which takes away from the simulation aspect, is with the AI. Codemaster has implemented a AI system with over 400 personalities. Each personality has their own perspective on how to win based on their strengths, weaknesses, and habits. This means the cars don’t follow each other like train cars hooked together on the same track. In a race you’ll experience cars taking different racing lines around tracks. They’ll also make mistakes and you can expect some pretty spectacular crashes every time you race.  Damage models may not be realistic but they are at least presenting something not always possible as car manufacturers frown upon having their product not being displayed in its best light.

Codemaster has also added – a Nemesis feature. If you lock wheels or trade paint with the same car too many times, Nemesis mode will become activated and the AI of that particular driver will change things up. Instead of focused on winning the race, their mission will become to hunt you down and terminate you or at least ensure they finish the race ahead of you. While this element is a poor teacher of proper racing etiquette, there is no doubt that it adds an extra level of fun, tension, and strategy to your race.  Especially if a podium finish is out of reach. Graphically, the game is gorgeous. From the cars to the tracks everything looks really, really good. Grid is well optimized too. I never noticed any slowdown or stuttering on track even with multiple AI cars on the screen at the same time. This was on a PS4 Pro. I don’t know how the performance is on a standard PS4 or Xbox S, but it’s a safe assumption the game plays well on the Xbox X and PC.

Turning to the cars, GRID gives you a selection of 60 cars at launch covering over 50 years of motor-sports. Alfa Romeo, Aston Martin, BMW, Chevy Camaro, Ferrari, Ford, McLaren, Nissan, Porsche, and Volvo are just a partial list of car manufacturers included. There’s even something called the JEDI F1000 – SPEC – open wheeled car included. This gives you a wide choice of driving disciplines to choose from and you can jump into a high powered vehicle right off the bat without having to start with an entry level car like a Ford Fiesta. 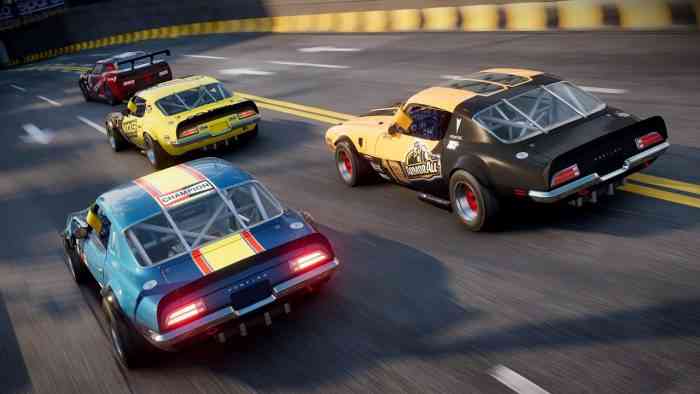 The cars are spread across 5 classes – GT, Stock, Tuner, Open-Wheel, and Invitational which make up the career mode. Each class handles differently as they should. Each class also has ten races. The cars look great and they come looking lived in with scratches and dings. They quickly dirty up after you run a couple of laps with them. The game comes with an OK  livery editor that allows you pimp up your car with pre-selected templates. Each race rewards with cash whether it be for podium finishes, overtakes, racing sections cleanly etc. With that cash, you can purchase more cars and add teammates.

Track selection is a little lean with a mix of real world and fictional tracks. Real world tracks hearken from Sepang, Sydney, and Indianapolis while the classic San Francisco track is resurrected. Havana is the site of another fictional track. There are 13 locations that tally up to 80 different routes thanks to being able to play them in reverse. You can also race them at night and in the rain. If you tire of the game’s AI racing, multiplayer racing is also supported. So how successful was Codemasters in their goal to create a fun experience? They did pretty well. With Grid, Codemasters have crafted a fun racing experience and managed to inject some personality into the game to boot. 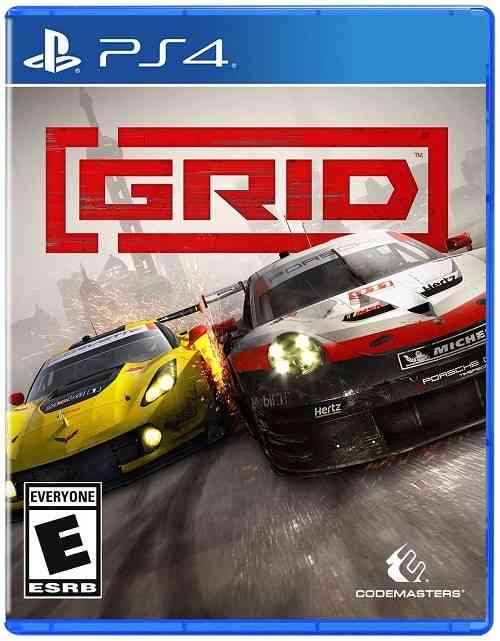 
New The Last of Us Part 2 Screenshots Leaked

20 Awesome Video Games on Sale on Xbox One, PS4, PC and Nintendo Switch
Next Destiny 2: Shadowkeep Review – Discover What Evil Lurks in the Shadows
Previous Discolored Review – A Beautiful and Frustrating Foray