Aside from dabbling in older Need For Speed and Burnout titles, I’ve never been particularly interested in racing games. Ironically, the most fun I’ve ever experienced while racing cars in video games is in a relatively unknown title called Grand Theft Auto V; home of high-speed competitions and savage murder sprees alike. What I’m trying to say is that I haven’t invested much time into pure, modern racing games like Forza and Gran Turismo in quite a while. Last year at PAX West 2017, I got behind the wheel of ‘Gravel’ from Milestone, developers of the MXGP series and the recent Monster Energy Supercross (which I also managed to get my hands on shortly thereafter). As fate would have it, Gravel recently landed on my plate for review, and I’ve since spent hours blazing exotic tracks across the planet in my journey of achieving Off-Road Master status. As an average racing fan, I’m delighted to say that Gravel is a worthy addition to Milestone’s garage of racing titles.

Gravel primarily serves as an off-road racing game with the inclusion of a few paved circuits. It’s packed with a myriad of game modes, solid campaign, and heaps of customization options. Having raced my way around the world in and outside of the campaign, I believe that Gravel’s most significant strength resides in the depth of its accessibility.

Having spent minimal time with racing games throughout the past two decades, I’m naturally terrible at playing them. Thankfully, Gravel enables you to tweak the game to your preference, serving as either an arcade or simulation experience. Whether operating your mud-caked vehicle on easy or expert, you’re able to adjust a plethora of your steed’s functions. Car junkies will be delighted to find you can alter front and rear suspension, dampers, transmission, brakes, alignment, camber angles, toe angles, and much more. I don’t even know what toe angles are, but you can change them! Additionally, inept racers such as your’s truly can toggle braking assistance, stability help, ideal trajectory, and more in the settings at any given moment. You can also rewind time if you make minor mistakes or barrel roll your rally car into a massive oak tree. Now, before you exude thy judgment upon thee, know that I never enabled any of the scrub settings. I did, however, race on easy. Simply stated, there’s an exceptional set of options from which to choose for players of varying skill levels. 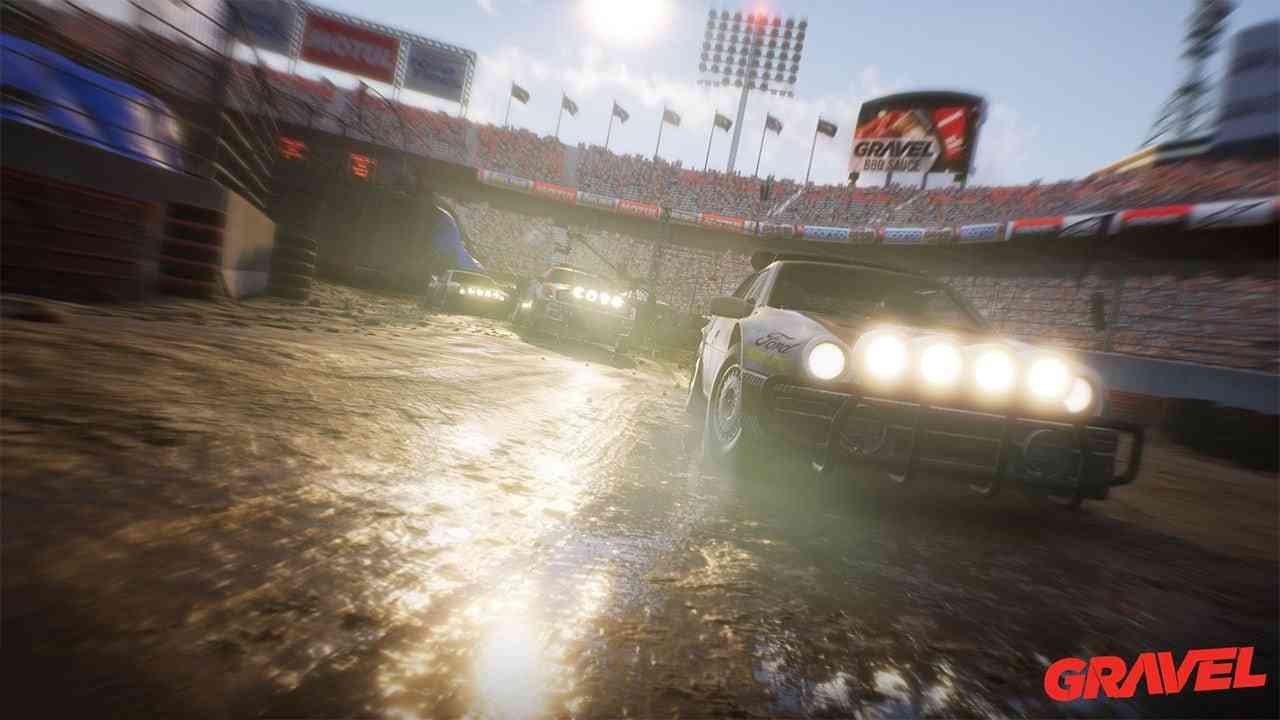 Strident mictrotransaction haters rejoice, for you won’t find a hint of them in Gravel apart from the Season Pass. All vehicle cosmetics are unlocked exclusively through completing episodes of the campaign and reaching specific ranks. I’m not entirely averse to microtransactions when appropriately utilized, but in an era when they run rampant across multiple genres, it’s incredibly refreshing to progress through good ol’ fashioned gameplay. In that sense, Gravel reminds me of racers from the days of old, which is an aspect I much appreciate. Customization extends to modifying the time of day, weather, and number of laps; minor features that are present in every racing game these days, but features that shouldn’t be taken for granted, nonetheless.

Most notably, the gameplay kept me busy for days. The campaign, applicably titled ‘Off-Road Masters,’ pits you against real, professional racers from the sport such as Ryan Carter and Scott Parker. The Campaign splits into a series of fifteen episodes separated by special episodes, which are essentially boss battles against the pros. Throughout the off-road odyssey, you dart through lush forests, radiant beaches, and snowcapped mountains. Each setting presents you with an assortment of races like circuit based tracks, checkpoint races, elimination, time attack, and smash-up. Collectively, the perpetual fluctuation of vehicles, locations, and races kept me fully engaged; and that’s saying a lot coming from a lad who typically ignores racing games. The Campaign itself is a tad short, but undeniably a fun ride. 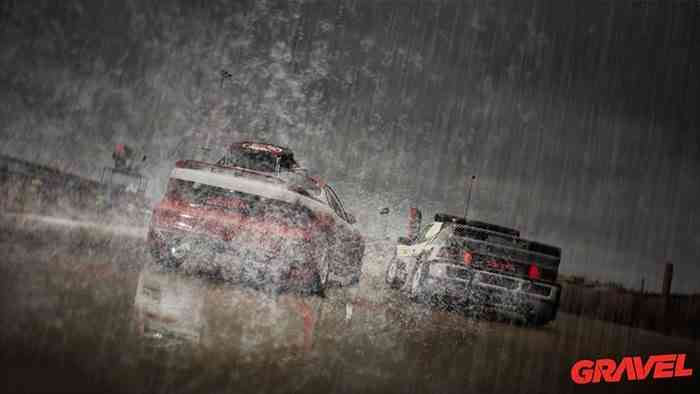 The gameplay doesn’t screech to a halt there, however. On top of racing to win, you’re encouraged to compete with style in an effort of scoring ‘Show Points.’ Hitting jumps, drifting turns, and reaching high speeds are a few of the means that filter into your total score at the end of each race. The higher your score, the quicker you rank up. Remember the helpful settings I mentioned earlier? They affect your score as well. Gravel allocates a percentage bonus based on which settings are enabled. If you’re bold enough to race in full simulation mode on the hardest difficulty, blessed you will be upon victory. Each race also presents a series of objectives to complete that are based on the mode and track type. I surprise myself by admitting this, but altogether, these features kept me genuinely entertained for the entirety of my time with Gravel.

If you enjoy shredding dunes and drifting beaches with racers from the ends of the earth, multiplayer provides many of the same features from Off-Road Masters. Players can vote on an array of tracks and game modes between each match (similar to GTA Online) and continually increase their rank. Personally, I appreciate when sports games, specifically, have single and multiplayer work in unison with your overall level. Sadly, my level escalated at the pace of a Model T, as my ability to win a CTF match behind the wheel Mitsubishi ASX is practically nonexistent. However, I can’t deny that I had a lot of fun while futilely attempting to do so. If you need a break from the online competition, Free Race, Time Attack, and Weekly Challenges lie at your disposal as well. In layman’s terms, there’s a lot to do in this game.

“Gravel may be visually inferior to other modern racers, but what Milestone has achieved mechanically and creatively deserves to be praised.“

On the vain side of things, Gravel isn’t graphically extraordinary. It’s by no means an ugly game; in fact, it’s rather easy on the eyes. Although, in comparison to Forza or even The Crew for that matter, it’s no diamond in the rough. But for the sake of transparency, I find that to be an unfair comparison. Unreal’s a powerful engine, but Playground’s esteemed ‘ForzaTech’ engine is a beast of its own. Gravel may be visually inferior to other modern racers, but what Milestone has achieved mechanically and creatively deserves to be praised. I obviously don’t race off-road whips for a living, but he each vehicle feels realistic regarding speed, weight, and functionality; a noteworthy feature I recognized during my time with Monster Energy Supercross, I might add. I at no time ever felt fatigued while playing due to the ever-changing environments and game modes. The only other minor issues I can think of are the occasional, lethargic load times in between multiplayer matches, in particular.

I mean it with the utmost sincerity when I say that Gravel is a tremendous surprise for me. I’ve never jumped at an opportunity to review any racing game, but I’m especially glad that this one came my way. Once again, Milestone has demonstrated why they’re one of the premier racing developers. If you’re even a casual racing fan as I am, Gravel is absolutely worth your time. 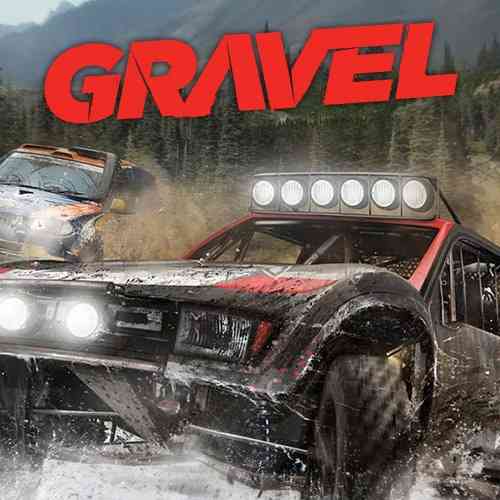 Monster Hunter Rise (PS5) Review – Give Me More
Next Devil May Cry HD Collection Review – Tell Me Again How That Was Remastered
Previous Into The Breach Review – Once More, Dear Friends