Monster Energy Supercross: The Official Videogame is a helluva long title so let’s refer to it as MES going forward. Software publishers love sports games and why not? It’s basically the same product every year. Update the rosters, optimize the game a bit more, and maybe throw in a couple of extra features. Game publishing is a business like any other but the luxury of leveraging off of an existing game is not one often afforded to them. But even in sports games, the cycle of repetition is finite, as tech keeps moving forward. New hardware platforms are released and game engines must be heavily modified to keep pace or abandoned altogether to prevent a game from looking dated.

The latter choice is what Italian developer Milestone chose for this game. Milestone has a decent track record with previous motorcycle games – the MotoGP and MXGP series. For MES they dumped their old game engine and moved to Unreal Engine 4. A move which has paid off as this is one sharp looking game. (Another side note – part of the beautiful image quality may also be due to the Beta 5.5 PS4 System Update I am running. PS4 5.5 allows for supersampling which offers an image boost for those running their games on a 1080 display).

“The physics dynamics of driving on a dry surface versus blasting and sliding through mud changes your approach to racing on a track.”

The visuals are sexy. Bikes, and drivers, especially are vividly rendered. The stadiums are not at the same level though but since so much of the game view is on the track, this is not a big deal. It is a bit of an atmosphere breaker though. The bikes and drivers are 3D modelled and respond to the environment – be it catching air between jumps, legging out a turn, or bumping into one another or track obstacles. Motion blur is used to highlight the sense of speed and is most noticeable around the bike tires.

The only nitpick visually is the lack of dirt being kicked up by the bike tires on the courses in Monster Energy Supercross. It’s pretty minimal but to be fair, a good amount of dust gets thrown up when you brake to negotiate a hairpin curve. Collision detection is tailored towards ensuring good gameplay. This is done by being more lenient when bumping into fellow bikers while being applied much more stringently when hitting course boundary markers. A wise implementation. 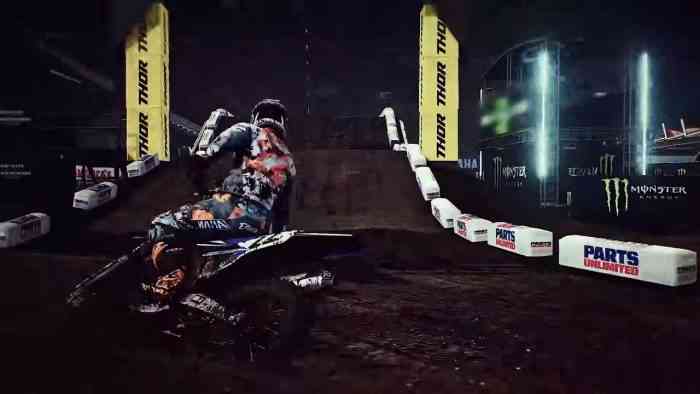 Let’s turn to the meat of any racing game – the physics. I’ve mentioned in previous reviews for motorcycle sims that the ideal controller does not exist. Joypads and FFB steering wheels just cannot capture the dynamics of bike racing. I would love to be able to try out a HOTAS setup with the game as the dual throttle/joystick configuration seems to be the closest to duplicating riding a bike. The only caveat using a HOTAS is the lack of FFB. With all that being stated, Milestone has done their best work here in conveying motorcycle feel through a joypad. The bike and driver respond immediately to player inputs and the rumble effects add tactile feedback that brings it all together. Maybe it’s the dirt track race surface versus hard top courses but Milestone has really outdone themselves with this one.

Another cool feature is the track surface. It is fully deformable meaning that the dirt surface changes consistency when it gets wet. The physics dynamics of driving on a dry surface versus blasting and sliding through mud changes your approach to racing on a track. It’s a lot of fun and both Monster and Milestone can be happy with what they’ve come up with here. Well done! 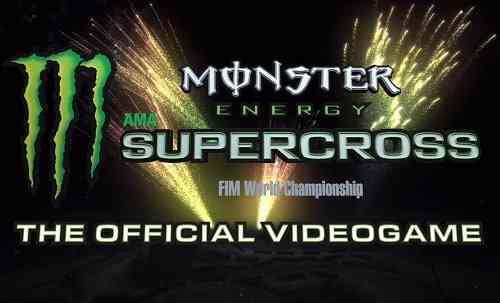 
Monster Crown Review – Almost Ready to Take On the World