Wulverblade is comfort food at its finest for anyone that grew up playing beat-em-ups like Double Dragon, Final Fight, and Streets of Rage — only a whole lot more bloodier. It’s a welcome return from a genre that hasn’t had much to cheer about in recent years aside from a few noteworthy examples such as PlayStation’s Dragon’s Crown. But like its inspirations before it, Wulverblade is all about ripping through endless bad guys across various stages and environments. Beneath its cartoon surface is a brutally hard game, so make sure you’re bringing a friend along for the ride.

It’s clear that Wulverblade is something of a passion project for the game’s creative director, Michael Heald. It goes above and beyond simply retreading old ideas by implementing a more complex combat system, a beautiful art style, and a surprisingly deep storyline built around actual Roman history. I loved reading Heald’s notes and watching the documentary videos scattered about the map in between each stage. Not only are they a nice respite from the intense action, but the Roman history and real-life locations that inspired the developers are genuinely interesting and made me appreciate the care and attention to detail lovingly injected into Wulverblade.

Wulverblade is set in Roman-era Britain in 120 AD where you select one of three resistance warriors — Caradoc, Brennus, and Guinevere — to fight back against the Ninth Legion of the Roman army. The heroic trio heads out on a journey to save their Northern homelands from the Romans by killing each and every one of them, limb by limb, no matter who or what gets in their way. They’re an interesting bunch of heroes, but I mostly saw them as basic representations of the game’s light, medium, and heavy classes. 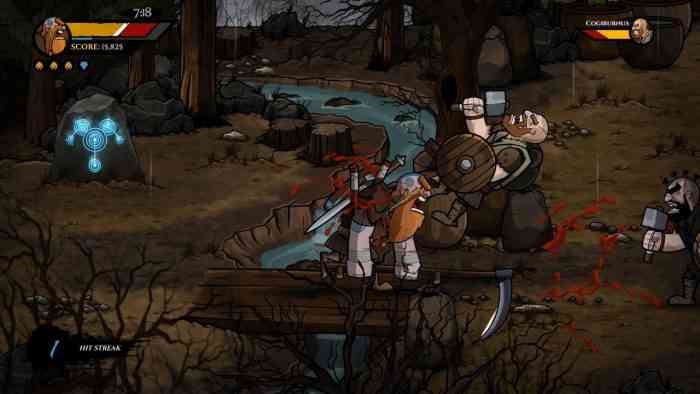 Caradoc, the main protagonist, is an all-around solid choice for any beginning player, offering up good strength, defence, and speed. Brennus is bigger and stronger, but slower in the process. Guinevere, on the other hand, is the speediest of the three but lacks the power of the other two. While these attributes are important to keep in mind, each character controls rather identically. There are your standard attacks that can be chained together for combos, grapples that can toss enemies into other enemies, jumping attacks (including a downward thrust), dodge rolls, and even a double jump that is surprisingly useful.

I quickly learned that Wulverblade wasn’t about making me feel like a badass because basic attacks eventually wore out their welcome. The real star is the block button. Enemies with full armour and shields are introduced early on and the only way to do any real damage to them is to either get behind them or have them drop their defence. Using the block button not only prevents damage from the front, but you can use it to activate an evasive roll by double-tapping left or right. Using this method right before an enemy’s attack allows you to counter and begin a powerful combo in slow motion. Running and tapping block will launch a devastating charge move which is perfect for damaging shields and knocking back certain big foes. 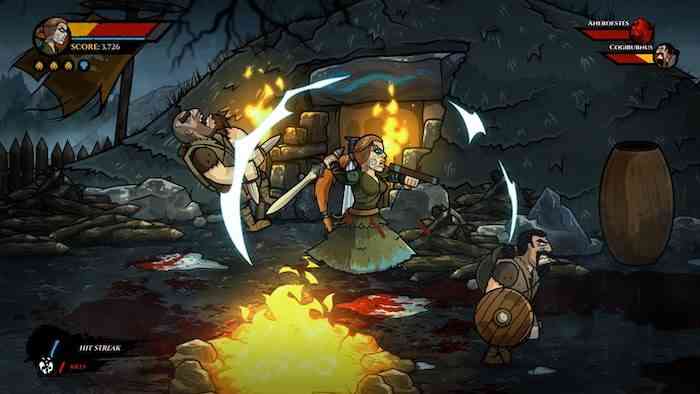 Even when playing with a buddy, Wulverblade is a tough game. Thankfully, there are a few special moves that can be triggered to balance out some frustration that can occasionally arise. Pressing the attack and jump button together can unleash an area attack that is handy when you’re surrounded by multiple bad guys. It depletes some of your health but I’d say it saved me from using a continue more times than I could count. Another special move has you calling in a pack of dangerous wolves. It’s another lifesaver but it can only be used once per stage so I found myself saving it for the game’s punishing boss fights. There’s also a blue meter under your health bar that steadily increases when you take damage. Filling the meter can trigger ‘rage’ mode where your attacks become stronger and you’re invincible for a short time. It also refills your health which meant I did my best to save this for boss fights as well. However, ‘rage’ mode can be lost if you end up losing a life, which means you’ll need to build it back up from the beginning.

As you can make out, there’s a surprising amount of depth in Wulverblade’s combat that wasn’t expected, let alone from a genre that is fairly one-note. It might seem like a simple brawler at first glance but Wulverblade expects you to get good real fast. As early as level three, I was seeing the game over screen a bit more frequently than I care to admit, but its simple mechanics and intuitive controls kept me coming back for more. Wulverblade requires patience from its players, understanding the pros and cons for using specific attacks and specials, keeping your defence game on point, and even a bit of luck to get through the sometimes non-stop onslaught of enemies. 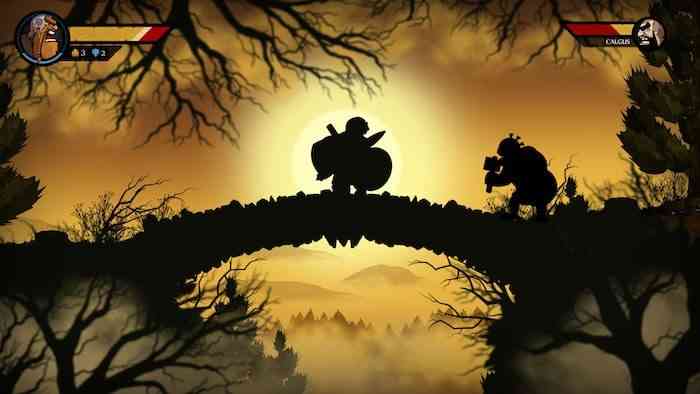 I also found myself planning out a strategy from time to time during a handful of aggressive sections. Mindlessly button-mashing wasn’t really getting me anywhere so I began looking at ways to utilize the environments for an advantage. I’d use everything at my disposal like picking up pots, chairs, and barrels as ways to hand out damage at a distance. I found tossing enemies into a nearby fire was a quick way to dispatch them. Taking out archers and assassin’s first usually made combat a tad bit easier. And sometimes I’d switch to my heavy weapon for maximum juggling damage. It isn’t always spelt out, but Wulverblade offers a decent amount of tactical play that is equal parts rewarding and refreshing.

I’ve spent a lot of time in this review praising Wulverblade’s combat system, but it’d be foolish not to mention the excellent presentation values as well. The cartoon visuals are absolutely gorgeous and everything looks amazing in motion. It’s a visual treat for sure, even if they don’t always jive with Wulverblade’s brutal and violent story. The music, voice acting and narration are also top notch and help elevate the game above its 90’s genre roots. 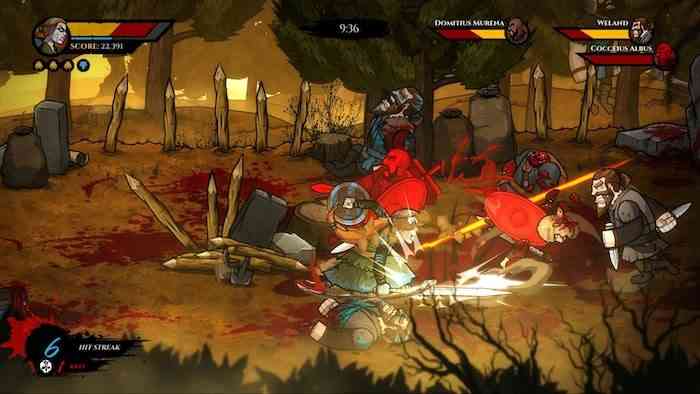 I really do have to bring things back to the difficulty though. Wulverblade isn’t afraid to kick your ass and while it’s certainly possible to finish it solo, its design really lends itself to two players. It’s still no cake walk with a second person by your side, but its a whole lot more manageable and a ton more fun to play. There’s a Normal mode to play through with checkpoints and unlimited lives, but there’s an old-school Arcade mode that really ups the challenge with only three continues. The hard-as-nails difficulty shouldn’t detract anyone from giving Wulverblade a spin, but it does impact its accessibility.

Wulverblade is a wonderful throwback to classic 90’s brawlers but there’s also a healthy dollop of newness added to the mix. The combat, while initially very simplistic, has layers upon layers of depth that slowly reveals itself with each subsequent stage. The difficulty tends to rear its ugly head a little early, but dedicated gamers will find the challenge rewarding and engaging. The heavily-researched storyline, gorgeous graphics and animation, and simple controls make Wulverblade a sharp and to-the-point beat-em-up that’s totally worth playing. 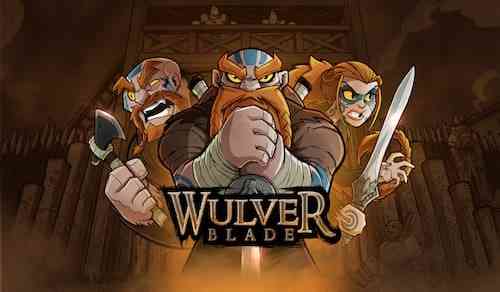