We are several generations into this franchise, and Koei Tecmo and Omega Force decided to try something new with Dynasty Warriors 9. In their latest iteration of the Three Kingdoms Epic, the developers opted for an open-world adventure where players can explore ancient China and partake in key battles and lay witness to the era’s pivotal moments. But how does the open-world formula translate to the typical hack and slash adventure? To find out, but also review the game properly, I had to distance myself from previous installments.

If you’re a Dynasty Warriors vet in any capacity, you’ll note all the familiar beats of the story. Either way, the single-player open-world is a mixed bag, depending on how you look at it. Its mere existence adds so much never-before-seen nuances to the gameplay, most of it optional. However, there is more to do in this Dynasty Warriors than any previous installment, and it invites more player agency by infusing a heavy dose of RPG elements.

Among many things, you fish, hunt, cook and scavenge. Every secondary escapade is for the sake of resources. The items you scavenge, the animals you hunt, and the fish you catch will let you craft items and weapons; cooking meals boost your abilities and provides XP gains. Of course, you don’t have to do any of this to progress through the story. These are simply there for building your character, and your care might depend on which campaign and whose story you choose. But if you were to weigh these inclusions on any RPG scale, they would fail because everything apologetically lacks immersion. Every side quest is nothing more than a fetch quest unless it’s to help your allies reach the main campaign battle. Quest givers and the objectives themselves are nothing special, nothing memorable. They are there for XP gain, loot, and (in some cases) to help you learn about the world and how it works. Every tangential excursion serves the bottom line of helping you prepare for major fights. 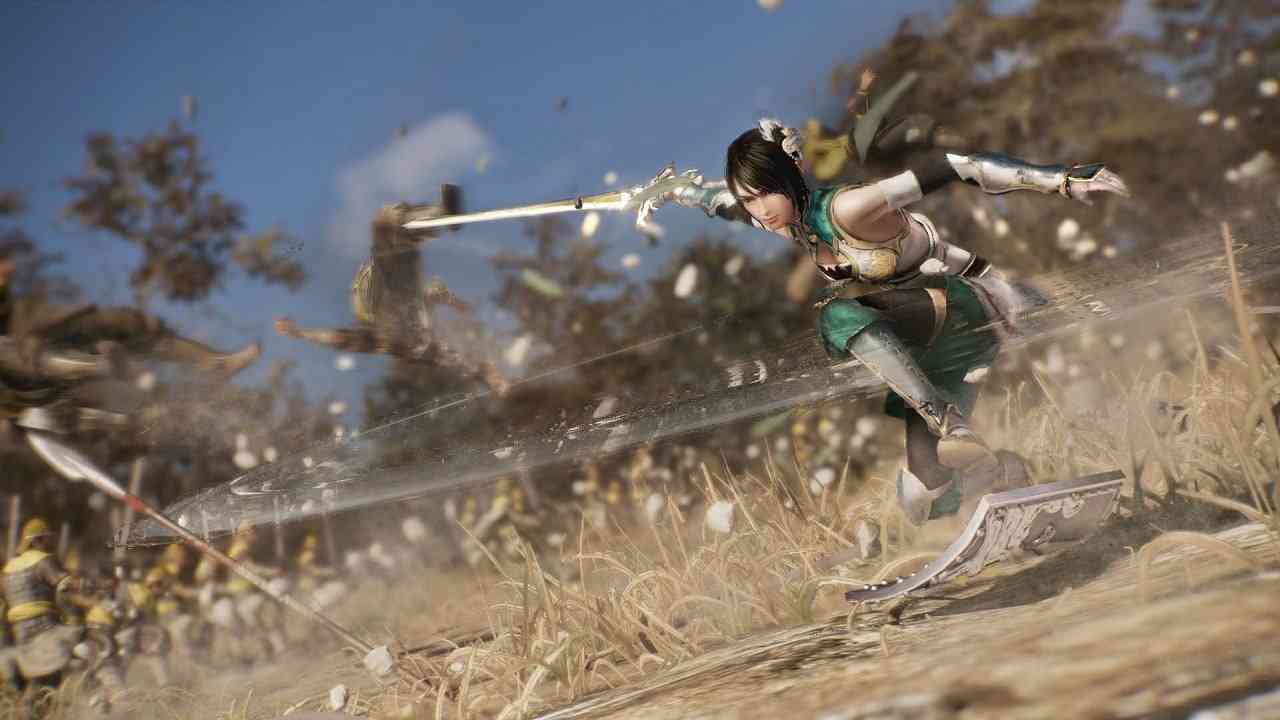 Then there’s exploration, a feature that’s almost wholly new to the franchise. In a typical Warriors game, you never really stop to inhale your surroundings. In Dynasty Warriors 9, the game invites you to do just that. When you feel like taking a break from battle and scavenging, you can absorb some of your lush surroundings. Since the whole of China is available to you, there are different environments to encounter. Though the open world is relatively beautiful, however, do not expect it to do China justice. At a glance, your in-game surroundings seem explore-worthy. The further you delve, the less it resonates until you find a new ecosystem. The size of Dynasty Warriors 9‘s world is, nevertheless, impressive, and Omega Force deserves applause for crafting a world that blends seamlessly from countryside to mountain to bamboo forest. It simply lacks frames that don’t stutter.

“The size of this world is, nevertheless, impressive, and Omega Force deserves applause”

On a regular PS4, the frames dip for the number of things happening at once. Trees and leaves will flutter in the wind, bushes will bend as you walk through them, and they will also pixelate. Like the inclusion of so many fetch quests, the graphical demand of such a huge world will rob the immersion. Water doesn’t stutter, however, nor does the sky, which makes the overall world aesthetic impactful. That said, my graphics took a crazy dip when I entered a major battle at the same time a thunderstorm hit. I was in awe for two reasons. For starters, I thought, “Holy crap, my frames are going down!” Then I thought, “Holy crap, this gigantic open world has dynamic weather!” Then a final thought occurred, “Holy crap, I’m in a massive warzone fighting thousands of warriors in the middle of a thunderstorm. This is amazing!” 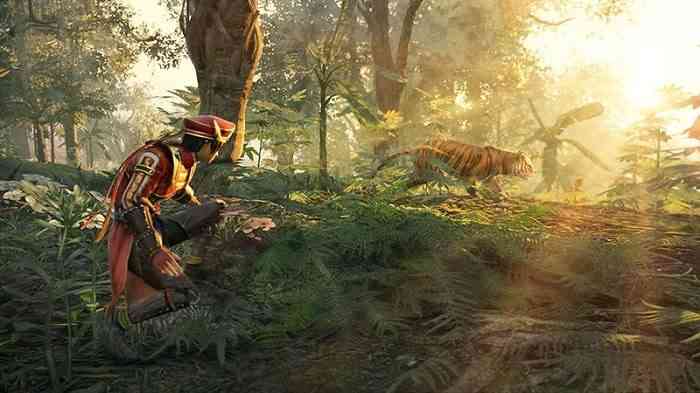 Enhanced graphics come into play where it counts – The characters look great. Not perfect, but great. All our heroes of the Three Kingdoms share an enormous attention to detail. Easily, they receive the most detail in the game, and if you’re a veteran of the factions, this may please you. What makes it more impressive is how huge the roster is. The developers have stuck to their guns by expanding the roster yet again, with over 83 unique characters. Even the soldiers are worth mentioning. Though you’ll be massacring hundreds, if not thousands, of the same faces, I cannot deny that their models have witnessed an upgrade especially with armor that reflects very well off the world’s lighting. These details help you forget everything else in the midst of battle and let’s face it, the battles are what count. Combat in Dynasty Warriors 9 will make up for some of the game’s faults. Jumping between Liu Bei, Lu Bu, and Zhou Yu, I noticed crisp animations and unique move sets, all of which serve the same purpose: murdering wave after wave of enemy troops.

Furthermore, the developers have expanded the combat of previous entries by implementing new stuns, strikes, and counter-attacks. Counter-attacks function like Rocksteady’s Arkham games, but that’s where the similarities start and end. When you begin hacking your enemies, every ability can facilitate chain combos and fluid motions that seem to go on forever, and in the middle of that torrential sea of martial arts, you will discover the game’s soul. You may even note that sound design is distinct per weapon. If it’s blunt, the feedback is blunt, if it’s a sword, you’ll hear the clang of metal, so on and so forth. 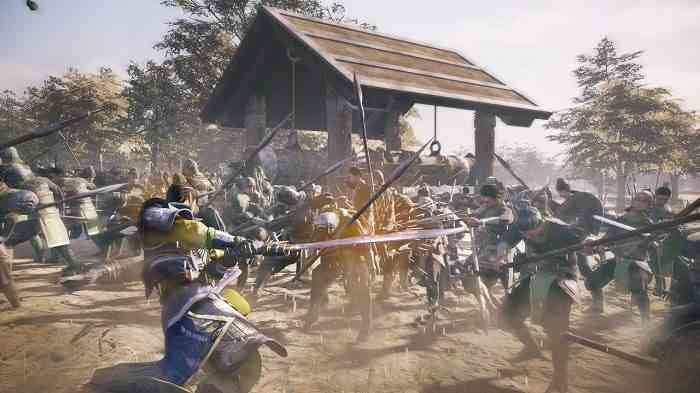 But the sound is also where Dynasty Warriors 9 stumbles again. I’m not talking about the environmental ambiance or the clash of warriors, I refer specifically to the voice acting. Dynasty Warriors 9 tells its story through an interweaving of cut scenes and real-time dialogue (you will prefer the cut-scenes). During both, you may find yourself furrowing your brow at characters and their choice of dialogue. It is a mixed bag, some heroes are graced by good actors while some not so much. In many unfortunate cases, a stalwart warrior will spout threats with a high-pitched voice.  It doesn’t help that some of the written dialogue is just bad. If I had to weigh the good with the bad dialogue, however, I would say, overall, it is passable.

The fact of the matter is that Dynasty Warriors 9 works as an experiment. This is Omega Force’s first attempt at an open-world title, and though not every aspect is great, it is a package that over-delivers where it counts and that, at its core, retains and improves upon the original hack and slash experience. When I found myself yawning at a quest, I decided to skip it and head toward the battlefield. Since the tedious parts are mostly optional, they are not wholly negative. At the same time, I was thoroughly impressed when I realized all the items you accumulate and all the locations you discover remain in place between campaigns, between characters, and between kingdoms. The resulting continuity streamlines progression and lets players easily access the meat of the game: campaign battles, the completion of which grant access to more unique characters in a HUGE roster. This intuition allows ample freedom in what might be the biggest open-world map I have ever seen. 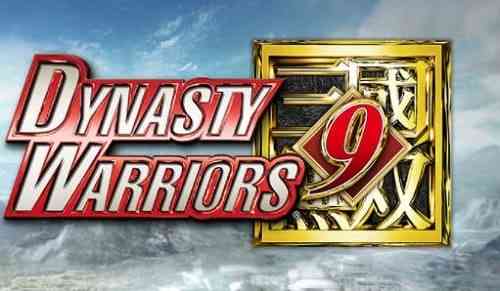