Part one of The Fall came out of nowhere as far as I could tell. A Kickstarter success story, it looked to me like a run-of-the-mill adventure game with a very dark atmosphere. But I was pleasantly surprised: The Fall was actually a fun and thought-provoking narrative with puzzles that were tricky in just the right way — the way that makes you feel like a genius when you finally figure them out. I knew going in that it was designed as one episode in a series, but the cliffhanger still took me by surprise. The Fall Part 2: Unbound really only needed to live up to the heights achieved by part one to be a success. Instead, the sequel improves upon the original in every single way, presenting itself as the new high-water mark for old-school adventure games.

You are given the option to watch a brief recap of part one as you start The Fall Part 2: Unbound, but I can sum it up for you even quicker: A.R.I.D., the onboard A.I. inside a space combat suit, falls to the surface of an unfamiliar planet. The suit’s occupant, named Josephs, is not responsive. A.R.I.D.’s goal is to find loopholes in her own programming so that she can rescue her human companion. In the end, however, she discovers her suit is completely unoccupied, meaning she is alone. She is disassembled by machinery and left, presumably, to rot. As The Fall Part 2: Unbound begins, A.R.I.D. is alone, her A.I. maintained within the network. She determines that since she doesn’t have to answer to a human any longer, she should create her own rule: to save herself. As she moves about the network, she finds three other artificially intelligent robots, and she tags along in their bodies to further her own aims. All the while, A.R.I.D. must fight against a virus that is threatening to destroy both her mind and body.

To say more would be to rob the story of its chance to present itself as brilliantly as it does. Despite the fact that these characters are all robotic A.I.s, they have incredibly interesting personalities, backed by top-notch writing and acting. A huge part of succeeding in this game – solving its various puzzles and advancing the story – revolves around getting to know these three robots and understanding their world from their perspective. It’s a frankly brilliant marriage between game mechanics and storytelling.

“If all you had to do was wander around and scan objects, the pacing of the game might have been a problem.”

The actual game plays out like a sidescroller, albeit with a focus on interacting with objects in your environment, which is much more like a traditional adventure game. Pressing the left trigger activates A.R.I.D.’s sensor, which will highlight various objects in the environment. Interacting with them, or using other inventory items on them, moves the story forward. The interface is similar to the original game’s, and while it’s functional, it still feels a bit cumbersome. While your sensor is on, you can’t turn around without moving the right stick, and I often found myself flipping the other way when I really only meant to look up or down. A minor quibble to be sure, but worth noting.

If all you had to do was wander around and scan objects, the pacing of the game might have been a problem. However, Unbound features a fully realized combat mechanic. A.R.I.D. frequently finds herself facing off against parts of the virus infecting her system, and these battles play out fully in real time. Jumping over foes, locking on, and blasting them as they become vulnerable feels pretty good. Eventually, you’ll learn new abilities, such as a parry that charges up your super viral shot. If you’re not one to mix combat with your adventure games, there’s a mode that softens the combat considerably so you can focus on the story and puzzle-solving. 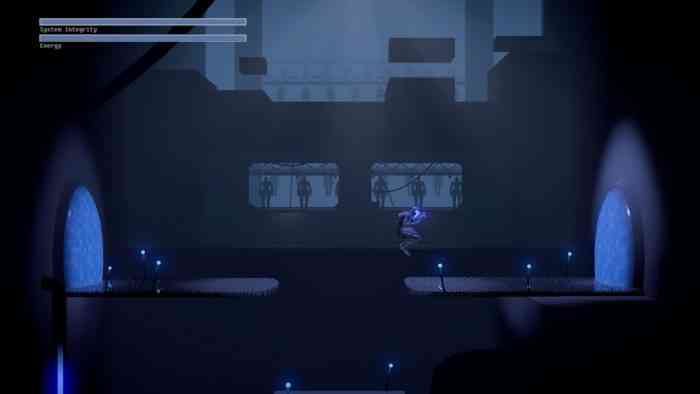 And speaking of puzzle-solving, this game is jam-packed with puzzles. It features both traditional-feeling adventure game puzzles and some clever outside-the-box head-scratchers that rely on the game’s different perspectives. It’s difficult to sum up, but I’ll try: Each of the three characters – a robot butler, a fighting machine named One, and a pleasure bot – view the world in very different ways. The butler is all about service to its protocols; One’s entire world is based on its concept of itself as an independent being; and the pleasure bot is focused on helping humans. As you advance in the game, you’ll gain the ability to view a given world through the eyes of one of the robots you’re not inhabiting. For example, while controlling One on a train, A.R.I.D. needs him to self-actualize. She’s able to help him by showing him the world through the pleasure bot’s perspective, so that he understands the humans that used to occupy the train. In practical terms, this is done by essentially applying a filter over the screen, which highlights new objects and presents new descriptions of objects you’ve already seen.

It gamifies the concept of empathy, in a way, which is remarkable. Despite feeling overall very positive about the puzzles, I will admit that a handful of times (including in the fight against the “final boss,” as it were), I found myself stumped. The Fall 2: Unbound really doesn’t offer you a helping hand in these moments. An optional hint system would have been nice, or something contextual that responds when it’s clear the player is stuck. However, upon figuring out the solutions those few times I found myself stumped, I saw how logical and true to the plot and characters those solutions were.

“Given how great the rest of the game is, I’d have been willing to overlook some aesthetic deficiencies, but it beat my expectations on every level.”

This combination of game mechanics with plot makes The Fall Part 2: Unbound a masterclass in video game storytelling. Action-packed sequences are followed by moody reflective moments, with each new story beat more compelling and exciting than the last. The presentation is similarly great. Graphically, it’s not the most stunning game, but its use of atmospheric lighting works wonders in creating a mood. Similarly, its music – both its original compositions and its use of classical pieces – is excellent. Given how great the rest of the game is, I’d have been willing to overlook some aesthetic deficiencies, but it beat my expectations on every level.

Now begins the long wait for part three. If the developer continues to grow and mature at the rate they’ve been between parts one and two, then The Fall Part 3 will really be something to keep an eye out for. In the meantime, adventure game and sci-fi fans should pick up The Fall Part 2: Unbound, as soon as possible.

*** A Switch code was provided by the publisher*** 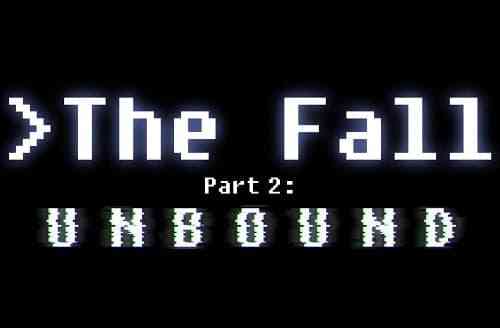 Developer: Over the Moon

Publisher: Over the Moon

Lost In Play Bringing the Nostalgia This Summer
Next Dynasty Warriors 9 Review – An Open World of Hack, Slash and Awesome
Previous Aegis Defenders Review – A New Age of Heroes