Aegis Defenders is an action platformer blended with tower defense elements that results in a sum greater than its parts. With 16-bit visuals inspired by classic titles, and a self-proclaimed Metroidvania styled game with tower defense elements, the game sounded almost too ambitious. However, with various elements that reminded me of Nausicaa of the Valley of the Wind, I was instantly intrigued. I also had the chance to preview the title back at PAX West 2017, and my reservations about the game were dispelled.

The plot of Aegis Defenders takes place in the remnants of a once advanced civilization brought to ruin due to a powerful force. The world features nations that are built around godlike humanoid robots, though a particular nation is set against the worship of these beings. Players follow the story of Clu and her grandfather Bart, meeting other party members during a story that is interesting though somewhat predictable. Overall, the narrative of the game is par for the course, but the world that Aegis Defenders is set in is simply captivating.

For the most part, the gameplay of Aegis Defenders can be segmented into explore, build, and defend stages. Players will be tasked with moving through levels, finding collectibles, and solving puzzles before making their way to an important location. From there, players will be able to construct their defenses and defend their objectives from waves of enemies. While it may sound simple, the game does an excellent job of blending all the elements together such as building in the exploration phase to solve puzzles and platforming in the defend phase to collect materials. 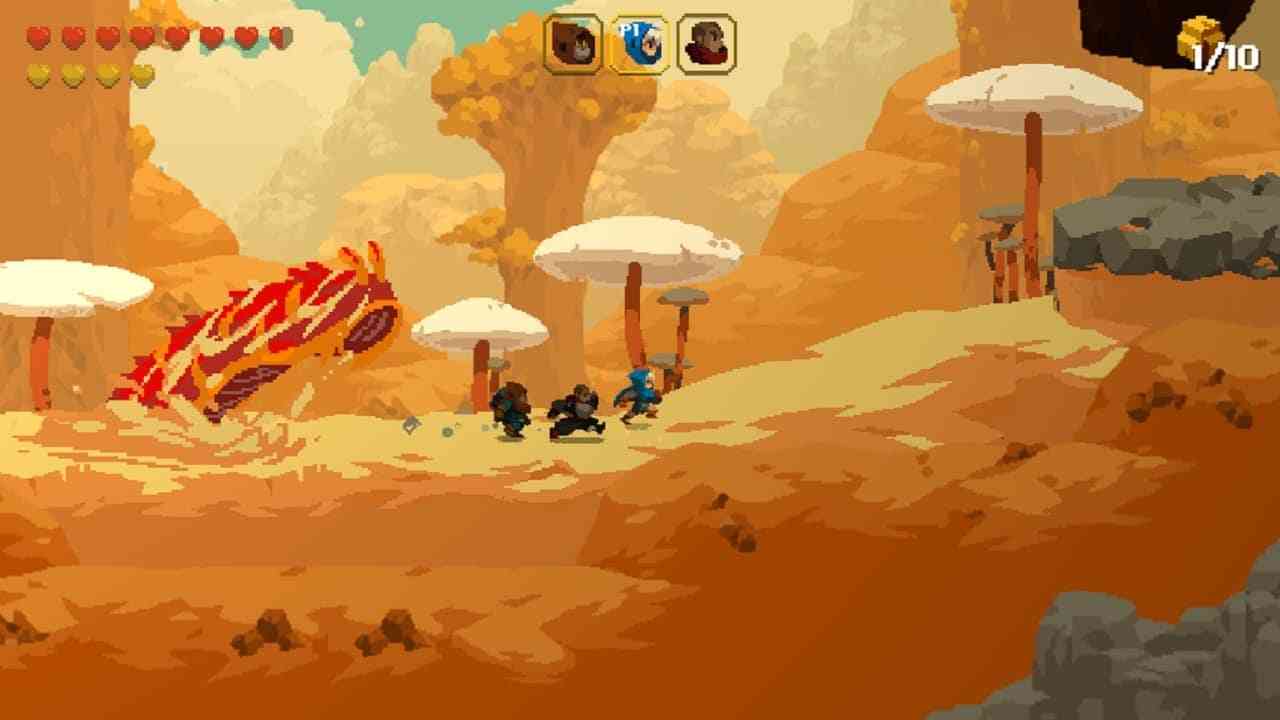 To better prepare players for the challenges that face them, a progression system that involves upgrading weapons, defenses, and player health is available. The game features four unique heroes that will be swappable instantly and can combine their defense structures in order to create different turrets and traps. Aegis Defenders also allows for drop-in local cooperative play for those inclined. Overall, the gameplay of Aegis Defenders is very well done, though the difficulty curve of the game sharply increases at a certain point.

Besides the aesthetic, Aegis Defenders’ greatest strength is likely its fun, intuitive, and at-times challenging gameplay (with additional difficulty levels for those who like the challenge). The game’s various combinations and unique characters make way for interesting choices and preferences for strategies. The various collectibles and side objectives also give players a reason to go back and replay certain levels.

“The visuals are bright, smooth, and varied more than one might have expected.”

Aegis Defenders’ 16-bit sprite visuals inspired by the likes of Chrono Trigger and Super Metroid look as good as you would expect. The visuals are bright, smooth, and varied more than one might have expected. Although the game ran smoothly at most times, there was definitely noticeable framerate issues during especially hectic moments while playing on the Nintendo Switch (docked). Despite that, the game’s sprite visuals remain impressive. Furthermore, the game’s soundtrack and overall audio were well orchestrated and fit in well with the fantasy and mystical atmosphere of the title.

Overall, Aegis Defenders is a tightly, well-crafted game that bridges the action platformer genre with tower defense elements. In doing so, the gameplay elements were noticeably intuitive and the various mechanics all contributed to the overall polish of the game. Despite minor framerate issues, Aegis Defenders looks as great as it plays, and does the world it resides in justice. As a whole, the title brings the gameplay, story, setting, graphics, and audio together into a tightly wound package.

Moonscars Channels Classic Action Vibes
Next The Fall Part 2: Unbound Review – A Masterclass in Video Game Storytelling
Previous Cold Iron Review – Being the Fastest Gun in the West Isn’t as Fun as It Sounds