On paper, Cold Iron hits all the right marks. You take the role of a nameless gunslinger as he sets out to duel a gallery of deadly villains in the name of vengeance. There’s a grizzled narrator, a mysterious revolver, and even some supernatural elements thrown in for good measure. All of this should in theory make for one hell of a VR experience; unfortunately, Cold Iron is anything but.

Like the best westerns, Cold Iron is all about revenge – specifically, avenging the death of your father at the hands of a gang of thieves. With your father’s trusty revolver, you make short work of the men responsible. Turns out all is not so simple, and you soon realize your revolver actually houses a demonic spirit, one that feeds on the blood of men. As your father failed to destroy the gun, it is now up to you to finish his mission. It’s a simple yet effective twist that elevates Cold Iron above similar western tales. There’s a surprisingly poignant story here, and if it wasn’t for the smart writing and creative cinematics, I would not have been able to get through Cold Iron’s repetitive gameplay loop.

Gunfights take place in the form of one-on-one duels. Keep your pistol at your hip, and when a bell rings, draw and fire. That’s it. Fights are over in seconds. Each level feature three enemies, and you must win five rounds against each enemy in order to proceed. Though later enemies have some tricks up their sleeves, like teleportation, this gunplay formula never grows enough to become anything more than a simple test of reflex. There’s no reloading, no weapon selection, or other mechanics to keep things fresh. As a result, every duel – from the first enemy all the way to the final boss – all feel rather similar, with the difference being in the reaction speed required of the player.

“There are no difficulty options, so you won’t be able to tone down the enemy AI if you get stuck.”

The first couple enemies can be defeated with relative ease. Difficulty ramps incredibly fast, however, and you’ll need to react faster and faster with each fight, eventually to an unfair – even prohibitive – degree. In fact, the last level demands such fast reflexes that the only way I could win was by resorting to cheating. I found out that my gun is considered holstered as long as it is pointed down, so I kept my controller at eye-level but faced down. When it came time to shoot, all I had to do was flick my wrist up rather than raising my entire arm, which saved me just enough time to beat the last boss. Such a barrier is problematic in VR, where you’re tested on both your mental processing speed and your physical ability to draw, aim, and fire – all in a split-second. There are no difficulty options, so you won’t be able to tone down the enemy AI if you get stuck.

Cold Iron is marketed as a puzzle shooter and this is especially evident in the bosses, who possess abilities which require light puzzle-solving to overcome. While these battles help break up the pace, they ultimately only add to the frustration. Cold Iron expects you to figure out each boss’ gimmick on-the-fly – a near-impossible task given the strict split-second time limit imposed on you in each round. You are practically guaranteed to fail on your first encounter against them. I wouldn’t have minded this kind of trial-and-error had there been checkpoints before such fights, but since there aren’t any, you will spend a lot of time restarting levels from scratch and fighting through the foes leading up to the bosses. 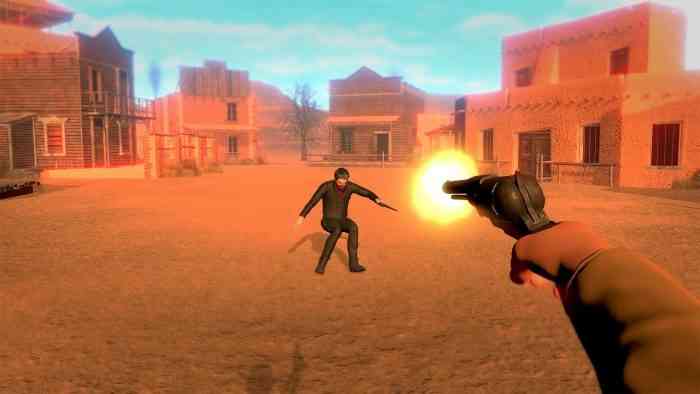 Depending on how well you fare with the aforementioned boss fights, the campaign will last roughly an hour and a half from start to finish. Aside from bonus stages where you gun down a bunch of exploding watermelons, there are no other game modes or multiplayer functionality, which feels like a missed opportunity. Collecting all in-game trophies will unlock one final showdown, but it’s unlikely the average player will have the patience to go back and tackle the difficult ones, such as completing the entire game without dying.

Cold Iron’s unique premise oozes with promise, but the core experience is mired by repetitive, punishing gameplay. The single-player campaign proved to be far from genuinely rewarding, and with such a strong focus on physical reaction speed than on acquirable skill, I can foresee many players being outright prohibited from beating certain battles. 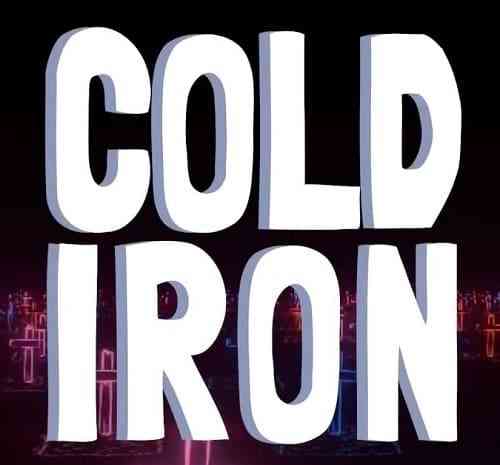