I’m not so much a fighting games enthusiast as I am a torchbearer for beautiful anime boys and girls. Yet I can’t ignore quality when I stumble across it in any genre, and fighting games are no exception. Granblue Fantasy Versus is one of those rare anime fighting games that plays as beautifully as it looks. Every character is both visually striking and mechanically unique, which is no mean feat. While there are a couple of stumbling blocks, this game hits hard and clean.

The story is very much started in medias res, which hardly bothered me. If you’re starving for more lore to flesh out the world, there is a Granblue Fantasy anime out there. One reason we’re told so little is that the franchise started out as a mobile game in Japan. Another reason is the RPG mode, which houses most of the game’s critical lore. Sadly, this kept me from experiencing most of it. Stories and fighting games are very oil and water, in that the combination simply doesn’t work. If you’re here for the combat, the narrative sections feel like a chore. Even if all you want is story, the pace at which it’s distributed feels glacial and cruel. Conversely, the combat itself is a wicked good time.

Executing your various moves is a relatively simple affair. There’s no long input strings to memorize, and no complex combos to rely on. This leaves you free to master positioning and input precision. The shorter list of moves means that every character is distinct. Each special and simple attack is different for every fighter. Instead of two or three character archetypes, you’ve got eight very different fighters. For experienced, talented players, this means the skill ceiling is still rather high. One fighter’s whip strike is another one’s block, so to speak. And of course, all of them look amazing. 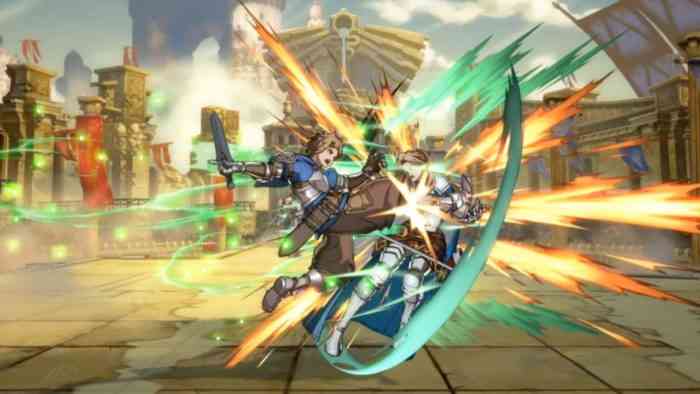 From the diminutive Charlotta to the towering Vaseraga, everyone is done up with incredible detail. Their movement and attack animations are fluid, while the combat effects pop off like fireworks. When digging into a proper fighting game, you place extra emphasis on how everything looks and feels. Any hitches or snags can twist up your rhythm, while a smoother, sexier experience encourages your development. In other words, a gorgeous fighting game can propel you to perfect your strategy. This also reinforces why the story mode feels so slow.

Like most anime fighters, Granblue Fantasy: Versus relies on visual novel storytelling for the bulk of the narrative. The whiplash way this technique interrupts the pacing feels even more jarring when compared to the speed of the fights. Every breezy boss battle or one-sided henchman assault is book-ended by two separate narrative chunks. On top of that, the story itself is terribly slow. You follow Gran and a plot device in a sun dress as they stumble into stacks of battle sequences. Every boss battle (read: actual fight) requires reams of plodding dialogue and the disposal of dozens of faceless goons. There’s some value in RPG mode as a protracted tutorial, but you can engage in missions to achieve the same end. Or, you can just go and train! It requires 90% less exposure to talking heads!

Every Move A Masterful One

However you do it, I can’t overstate how useful the training is. Though the move sets are fairly simple, there’s a novel’s worth of ways to execute them. Each move, while easy to perform, can be connected by rapid-fire combos. The blocks, dashes, and special strikes all need to be mastered if you’ve any hope of success and survival. Unlike the story, mastery of any individual character feels approachable, even achievable. The only variety bottleneck in fights is one that happens early on. The versus battles can often come down to whoever lands their respective super move, at least at first. Eventually, like in other fighters, everyone learns to dodge those cursed things, and the world presses onward.

I can’t fault the game for wanting to give me more. Even though I have no patience for the story mode, I can’t deny the merit of its inclusion. For anyone wanting more out of these characters, there’s almost nothing better. The voice acting and the dialogue are excellent at giving them life, while the RPG mode gives you a deeper look at these people and their personalities. Ultimately, my heart belongs to the battlefield. I’d rather be sharpening my skills and busting my thumbs than diving into back stories and prime motivations. The accessible move sets, the gorgeous character designs, and the distant skill ceiling mean that I’ll be absorbed in this task for quite a while yet. If you’re fishing for an anime fighter that will keep you at your seat’s edge, look no further than Granblue Fantasy: Versus. 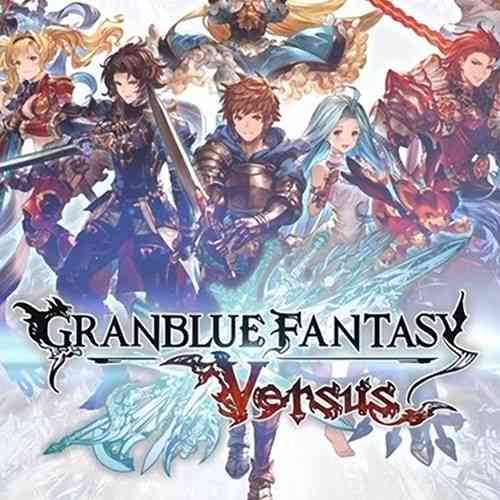