From its very first moment, Gran Turismo Sport floods the player with a melancholic symphony of sound and picture that takes you back to the racing days of old. I say racing because that’s what it’s all about, not merely waltzing past mistake-prone AI on a quest to attain the next driver level. Sport is about the sport, putting all its focus on the sheer thrill and heavy disappointment that comes about from the result of a closely contested race. It’s this undying focus on identity that makes GT Sport a welcome game in a market flooded by some overly ambitious and mediocre racing games.

To make it clear, this isn’t the Gran Turismo of yesteryear with a planet-sized garage filled with a thousand cars and a burgeoning, hundred hour career mode. As its name points out, GT Sport is about the sport of racing other human competitors as opposed to taking on AI adversaries in intricately customized matches. While many might be turned off by Polyphony’s proposition and the future of the series that director Kazunori Yamauchi envisions, I would implore you to take a dive and test your racing mettle before skipping GT Sport. I’m not particularly a racing savant nor have I logged dozens of hours using an expensive racing wheel, but even then I was matched up with those around my skill level and actively saw significant rises in my ability. That’s the magic of GT Sport; players of all skill levels converging in an arena of competition and coming out with a sense of accomplishment or a drive to improve. This isn’t the highly anticipated Gran Turismo 7 that many were looking for, but it doesn’t have to be. It’s a lovely detour that has re-captured my love for sheer competition.

“This isn’t the highly anticipated Gran Turismo 7 that many were looking for, but it doesn’t have to be.”

In this always online adventure, players can hop into one of three modes from the immensely important Driving School to the equally fun and frustrating exercises in Mission Challenge as well as breaking down individual tracks and developing a know-how in Circuit Experience. Having not played a Gran Turismo title since the very end of the last generation, and after blowing my first race, I began to see a steady rise in my ability after completing a good portion of the campaign content. GT Sport throws out the traditional campaign – while still incorporating custom races, trials, split-screen, and limited VR racing in the offline Arcade Mode – and focuses on building the player’s raw driving ability to then take into the online component. The theme of sport and competition permeates throughout every part of the game, even when you’re not racing in the official Sport mode, and everything coalesces to create a completely novel racer that will surely act as a reference point in the future as eSports continues to grow in size and scope.

The online suite is the core of the game with players being able to take part in daily races before next month’s developer-held tournaments roll in. After watching a pair of videos that focus on racing etiquette, players can go on to improve their Driver Rating and Sportsmanship Rating. As I said, GT Sport takes itself seriously and nothing makes this more apparent than its brutal execution of fair play. The game demands you to play nice as even slightly dinking opposition vehicles will hurt both racers and affect their ratings. As time goes by, there will be a clearer delineation of where each competitor falls when it comes to these ratings which will result in races alongside equally mannered and skilled drivers. The real test will be how the developers at Polyphony Digital communicate their tournament plans with their most hardcore fan base while creating a platform that can seriously sustain the FIA licensed matches. Even if you fail to make it to the latter stages of the competition, it will be incredibly fun to watch the best racers in the world duke it out during these tournaments.

The connective tissue between all the play modes is the play experience itself, and Gran Turismo has never felt as good. The game isn’t too harsh on the player with its firm but comfortable driving physics, and there’s a wide gamut when it comes to how different cars feel. It isn’t as pronounced as something like Project Cars, but even with a Dualshock 4, there’s a ton of nuance in how the game controls making for an exhilarating experience when driving the fastest cars. I immediately began to pick out favorites like the perfectly weighted Porsche Cayman ‘16 or the always reliable Ferrari 458 Italia. However, there aren’t as many to choose from this time out as a little over 150 make the cut, some of which are concept cars under the GT Vision brand. This is also the case with the amount of tracks, clocking in at 40 with many developer created courses accompanied by a mere handful of official circuits. All is not lost though, as Gran Turismo 6 was treated to a gluttony of free DLC. Polyphony must take the same road with Sport in the coming months if they seek to stay true to their vision of competitive racing by making sure not to split the player base in the online sphere. 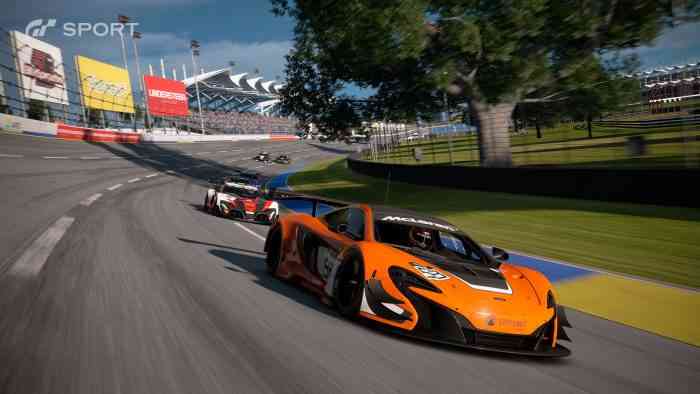 With all the fun I’ve had on the course, I was somehow more impressed with what a Gran Turismo game did off of it. Polyphony has finally delivered a logical UI set-up as well as a social space for players to post their best performances, chat amongst one another, and share photos in the immaculate Scapes Mode that allows you to place up to three cars in real-world settings and comes packed with a gluttony of camera options. It’s the small additions that go a long way and I spent far too much time snapping photos and posting completed gold challenges, much to the chagrin of my online friend’s list. The simplistic UI is breath of fresh air with most of the space being taken up by stunning car art. Beautiful vista shots of supercars being washed by moonlight or overlooking a city at high noon are simply breathtaking. Taking a step away from the game for a moment results in a full-screen art show as cinematic angles capture the world’s best cars in the most serene of settings.

Gran Turismo Sport is a game that is both very good on the track and incredibly important for the future of the genre and the eSports fascination at large. While I would still love to see a return to a traditional game in the form of Gran Turismo 7, Sport is in a league of its own and makes going back to games even outside its genre, like competitive shooters, that much more difficult because of how forward thinking it’s online suite is. The focus on sport and competition is the game’s most impressive asset, putting it in the category of the greats that came before it. 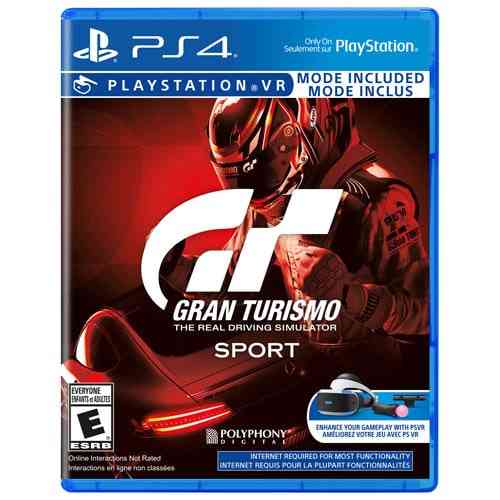