A golem is a mythical creature from the Jewish culture. It is an anthromorphic form made of earth – sometimes clay, sometimes stone. Often the creation of a golem is done for protection against evil forces. Just as often though in golem lore, while a golem is created with the best intents, things go badly and the creature turns on its creator.

So with that knowledge in hand the premise for developers of Golem, Highwire Games, is an intriguing one indeed. Even more so since the game was announced back in 2016 when the PSVR launched. That’s a long bake time and ironically echoes the slow, and weird, locomotion controls of the shambling golems.

There’s a lot to like about this game. The premise is unique and fresh. In a broken-down, weary city on the edge of mysterious ruins, the populace ekes out a living by collecting artifacts from nearby ruins. One such family is Twine’s. She, her older sister, and her father have a friendly competition going on between them as to who will find the most valuable artifacts on any given day.

The ruins are pretty mined out when the story starts. What makes the ruins mysterious is further compounded by being split into two by a mysterious barrier. If one could get beyond the barrier they would have access to all the unplundered items out there. Turns out Twine’s older sister has found a way. A magical way.

Yep. You guessed it. She is using golems to break through the barrier and go treasure hunting. This is accomplished by a magical wand that belong to their departed mother. Something happens and Twine ends up badly injured and bed-ridden with the wand now in her possession. This is where you spend the game from Twine’s perspective and that would have been a very limiting experience.

Into the Virtually Unknown

Fortunately with the wand Twine is also able to enter objects and her first foray starts with a small doll. The early stages of the game are like the adventures of The Incredible Shrinking Person or the TV series The Land of the Giants. The early sequences take place under Twine’s bed and under the floor boards of their house. There is a really cool sense of scale here and the sharp graphics work really well. 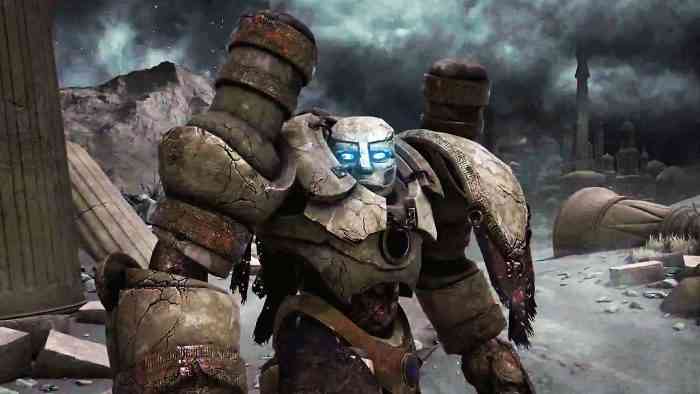 Eventually, slow is the keyword with this game, you move up to the golems and venture forth into the world and out past the barrier in the ruins. The mechanics of the game change too and not just because of the scale change. The golems you control are big, over twelve feet in height ,if not more. Each golem moves slow – there’s that word again – like one of the lumbering colossi from Shadow of the Colossus.

While out exploring you run into other golems and battle with them with swords and other weapons. There is a real sense of weight and inertia thanks to the graphics and the audio design in addition to the strange default movement scheme. If there is one aspect of the game that screams early PSVR game development, this is it. As PSVR games came out, developers learned what movement schemes worked best. Players also provided a lot of useful feedback.

Locomotion in Golem is based on holding the right move controller down and tilting your head forward. An odd choice and not a comfortable one. Highwire Games has heard the feedback and released a patch with more control options but they don’t work as well. The DNA of the game is too tied to the default method of movement. However, if you can get around the head leaning there is a lot to like about this game. Here’s a hot tip, lean back first before holding down the right trigger so that when you lean forward you are sitting normally.

The voice acting is top-notch, the graphics are sharp and clear, and the artwork and character designs are pretty cool. The challenge of the battles feel fair and keep you coming back for more, as does the story. The 3D positional audio is fantastic and the music done by Halo and Destiny composer, Martin O’Donnell, heightens the emotional spectrum of the game from the battles to the quiet introspective beats. If you want to play something with a slower pace and dig fantasy coming of age stories, there’s enough here to make mastering the control scheme worth it. 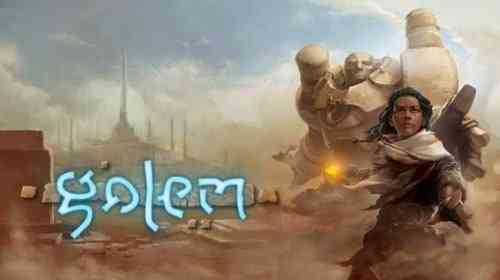