Foreclosed Review – A Ton of Style, But Lacking Substance

Plenty of characters have made the transition from comics to video games but only a handful of titles have tried to merge the two mediums. Foreclosed looks to create an authentic interactive graphic novel with panel-based gameplay but can this audacious release strike the perfect balance between gameplay and narrative?

Set in a futuristic world where human rights are under bureaucratic control, we follow Evan Kapnos, an ordinary man who happens to stumble into an extraordinary circumstance. After learning that his employer has gone bankrupt and has decided to sell all of their assets, which includes his personal information, Evan takes matters into his own hands. Stripped of his identity and means of life, he must now learn the dark secrets that fester in the cyberpunk world in order to reclaim his status in society.

From the Page to the Screen

Instantly you are thrown into a world that could have been printed on the pages of an Image Comics book. The contrasting neon colors, synthwave score and cell-shaded art style perfectly capture the intended feel and atmosphere of the game. Although the environments are a little sparse, the block coloring and onomatopoeic words that accompany the action helps to emulate comic artwork. A highlight of Foreclosed is the use of framing. As if perusing the pages, cinematics and some gameplay sequences feature dynamic panels, truly merging both mediums. The static camera angles that are linked via multiple boxes follow the flow of action, increasing the engagement of narrative sequences, even with the sub-par voice acting.

Not only does style drip off the presentation of the narrative, but it is also applied to the gameplay itself. At times the camera shifts to overhead, isometric and side-on perspective. Although they are seamlessly implemented, Antab Studio fails to capitalize on these segments. Rather than placing action sequences in different angles, they use these sections as gateways to the more typical, over-the-shoulder shooter sequences. At one point, the camera maintains a CCTV-like angle as the player has to sneak past police drones. Whilst there are issues identifying the drones’ field of view, it’s a highlight of the game as it differentiates itself from the moment-to-moment gameplay. 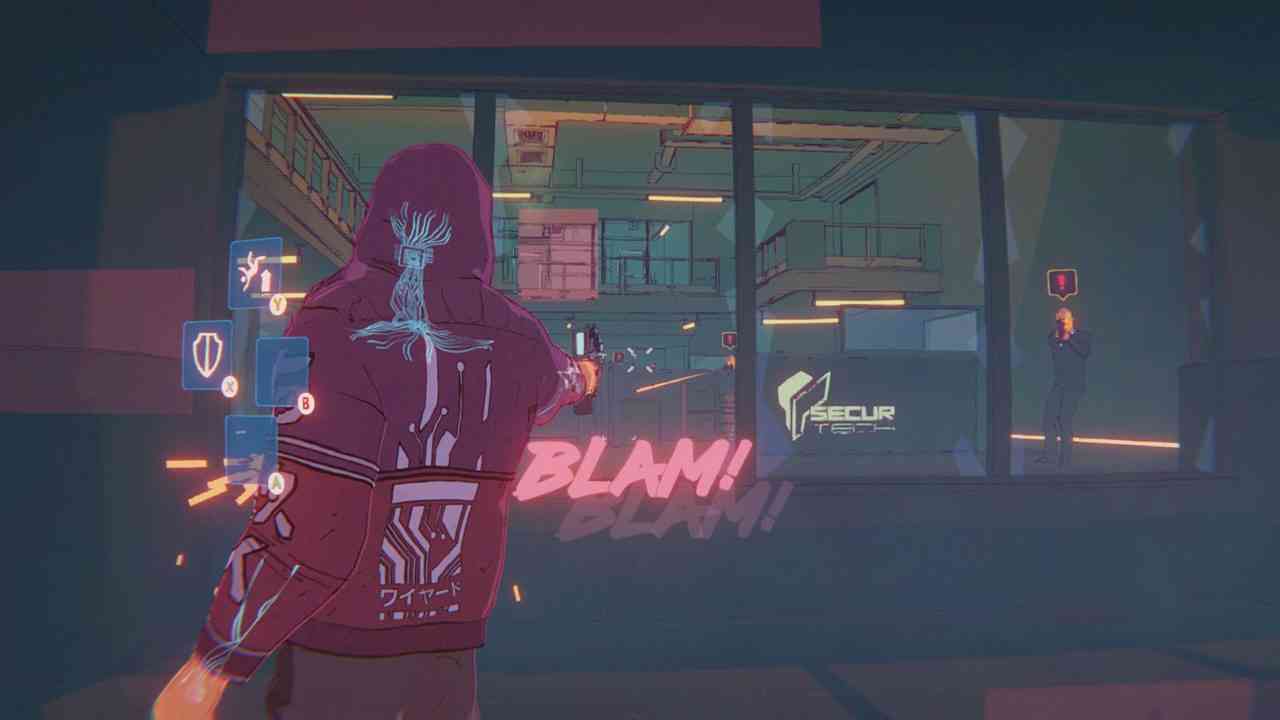 The majority of Foreclosed plays as a standard cover-based shooter. Whilst you cannot stick to cover, Evan’s movement is responsive allowing you to easily maneuver from one barrier to another. Enemies slightly differ with some wearing armor and others holding a shield. Taking these down will require you to alter the multifaceted weapon. Starting as a pistol, you will gain upgrades that can be switched at any point to change the properties of your gun. Adding armor-piercing bullets, a homing device or even explosive rounds helps to keep combat fresh. Unfortunately, during battle, enemies stick to one point of cover or slowly walk towards you. Due to this, gunfights become a static affair losing any sense of urgency.

The Power of Technology

Ammunition is unlimited, however, you can overheat rendering you motionless for a short while. This adds another layer to combat requiring you to monitor your temperature throughout. The hit detection is a little inconsistent as some enemies will soak up bullets whereas others may perish in a couple of shots. Countering the gunplay, characters can be taken down using a stealth attack. Whilst effective, these segments can quickly turn to standard battles with no way of de-escalating and reverting back to stealth combat.

Dotted throughout levels are collectibles that will grant you XP allowing you to upgrade items. New abilities can be unlocked, modifying your skills. With augmentations, you can use telekinesis to send objects into foes, cause explosions and slam enemies into the ground, dazing them for a few seconds. Even though this adds variety, the meager number of interactable objects means you can’t take full advantage of environmental attacks. 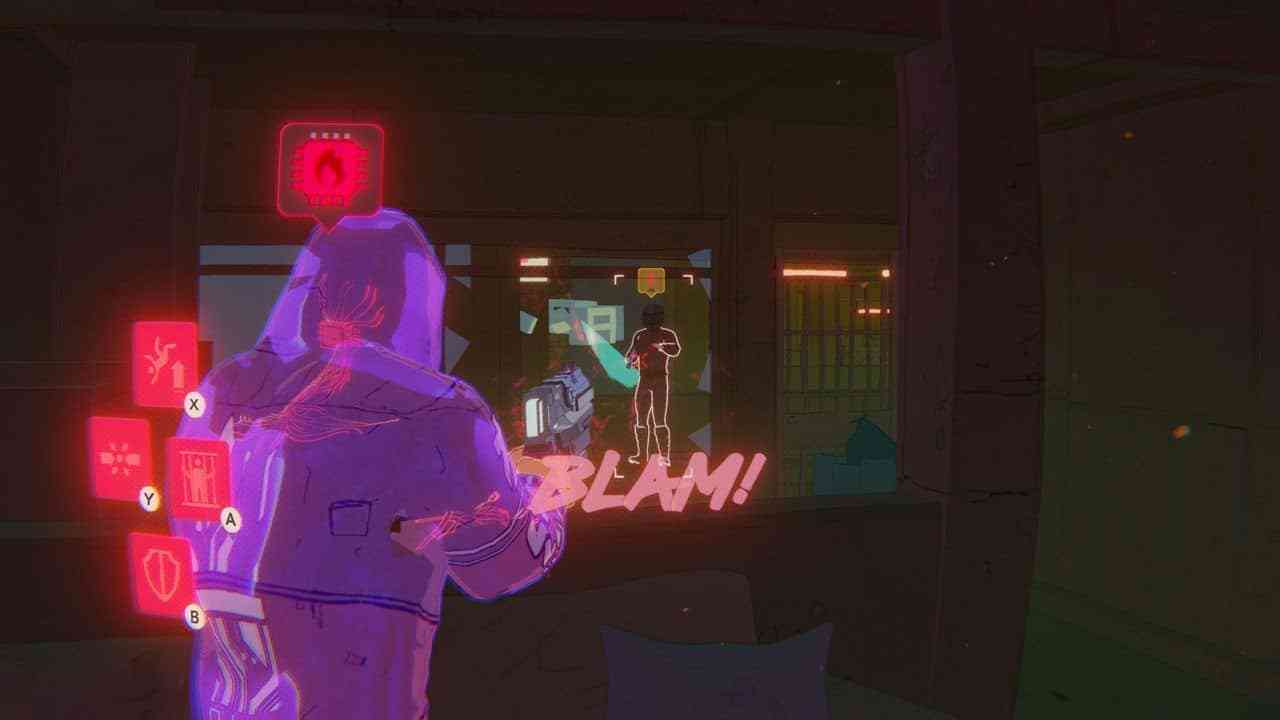 The linear experience does feature an element of choice with dialogue options. Although they don’t necessarily alter the narrative, it gives you ownership helping to shape the character. Some may be disappointed with the restricted nature of the game as the design harkens back to older PS2/3 era titles, however, it does help to maintain the feel of a graphic novel.

Foreclosed is a stylish title that integrates comics and video games. The use of panels is exemplary and helps to communicate the narrative. With the symbiote revolver and intuitive hacking, the game has implemented many features successfully. Unfortunately, the repetitive gameplay and sparse environments affect the overall experience. That being said, releasing at a budget price, comic book fans may want to check out this intriguing title.

***PlayStation 5 code was provided by the publisher*** 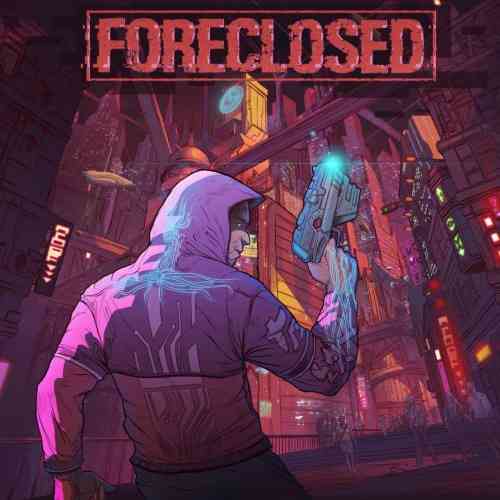