When you’re growing up, is there anything more defining on the school yard than a good ol’ fashioned game of dodgeball? I could show you a picture of a ball and I guarantee that you can hear the ball slapping against a face just from seeing it. It’s a rite of passage that we all must endure, if only for you to understand what kind of pain tolerance you have (I learned real early mine is not high). While this was the inspiration for some early generation games, dodgeball in modern gaming has been, at best, a source for a decent mini-game. Dodgeball Academia aims to change that with an RPG-esque take on the sport that still makes me flinch when someone pretends to throw something at me.

Dodgeball Academia centers, as one might imagine by the title, on a Dodgeball school where the best and brightest dodgeball players attend in a fictional world where dodgeball rules supreme. Our lead Otto, a talented player but outside of his social element in a very Harry Potter-esque turn, has to train and grow through the ranks until he’s the best in the school.

Not Your Typical Dodgeball Rules

While the game has a very pleasing Paper Mario style to it, animated 2D characters moving across a 3D world, the central focus is on the dodgeball matches. The matches are on a small court where eliminating players just means they try to hit you from behind if you let an errant ball find them. You can dodge or catch the ball and even use a toss to stop an incoming hit. A health bar indicates your time on the court instead of the usual ‘hit and you’re out’ rules of dodgeball. Academia focuses on quick matches instead of making you grind out a win which is a massive success. 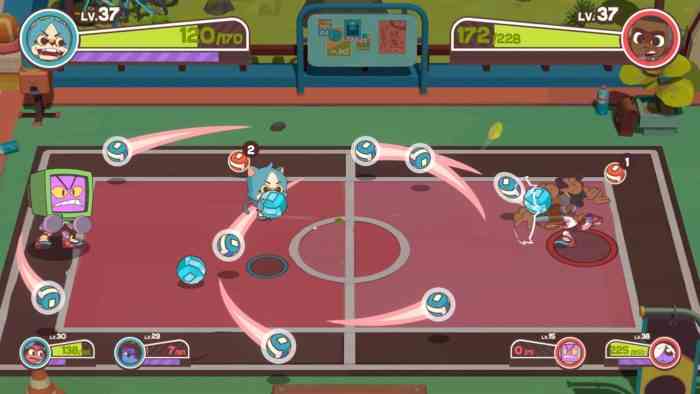 There are side quests and daily matches and random battles you’ll get in, so quick and skillful games are much preferred. If there was a grinding element to the lengths of matches, I would have participated in far fewer than I did. The squad building and super attacks add an oddly satisfying layer to the gameplay as the difficulty level varies quite a bit. You could be running through a dozen matches just to get crushed by a difficult team which has you strategizing and using your power-ups to get the upper hand.

The power-up shots are a part of the RPG elements of the game that aims to add another layer to your playthrough. Equipment, increasing levels, and finishing moves give an element of the RPG to your experience, though this more so felt like an RPG lite element. You have little control over your characters skills or what levelling up offers you. It does certainly aid in progression through the game but I felt that’s almost all it contributed to.

Light on the RPG Elements

The aesthetics of the game are great as Academia fully embraces its silliness. A world based around dodgeball, the mythos of it, and the outrageous characters are all in full swing and they go all out. This helps the enjoyment of the game a lot as you get to be goofy along with the characters and the games of dodgeball are a fun aspect of the game instead of feeling like a laborious chore. In all honesty, Academia is actually quite funny, using its ridiculous premise and over the top characters just enough that it doesn’t spill over into obnoxious territory. I genuinely laughed at several occasions as the characters really play off of each other. 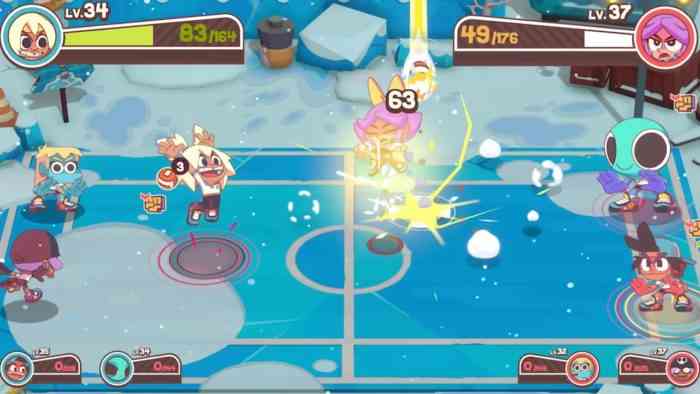 The only downside to Academia’s humor and character building is that all of the dialogue is text based. Normally, this wouldn’t be much of a thing for me but there’s a lot of dialogue. So while I enjoyed much of it, I also skipped a few cut scenes because it got late and I couldn’t read a novella of back and forth. While I know this is an insult to the writers, sadly, the dialogue heavy aspects of the game become almost daunting to keep up with.

When it’s all said and done though, Dodgeball Academia is much better than I was expecting. I enjoyed the style, the zaniness, the characters, and only got frustrated by the gameplay a couple of times. Given my childhood history with the sport and my general anger over not being able to win in every game, a couple of times of frustration is a MASSIVE win. While the RPG elements to it are a little on the light side, the open-ish world and all of the side quests/daily challenges you get to tackle on top of the story have you 3 hours deep into dodgeball games before you know it. The fun and light hearted aspects of the game outweigh the negatives, making Dodgeball Academia a good pick up if you’re looking to hear that SPLAT once more. 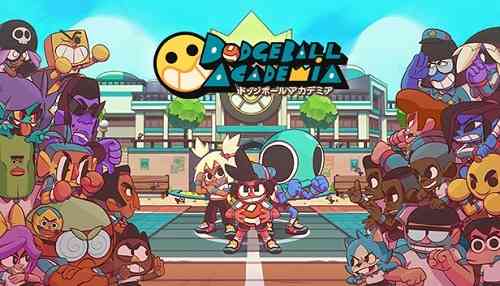 The Knight Witch Review – A Captivating Concoction
Next Foreclosed Review – A Ton of Style, But Lacking Substance
Previous Seed of Life Review – Saving a Planet One Puzzle at a Time