Games like Minecraft, Stardew Valley and Terraria have a certain appeal where players to spend countless hours grinding and building. Forager, developed by HopFrog, gets most of the formula right but what is it about this experience that sets it apart from others? When I first booted the game and tried to find my way around our small starting island, I was underwhelmed. However, upon receiving my first few items and unlocking my second area, things began to pick up at a crazy speed and suddenly several hours had already gone by and when I wasn’t playing the game, I was thinking about what kind of things my marshmallow friend would soon discover.

Set as a 2D mostly open world, players will take control of a little humanoid marshmallow equipped with a pickaxe and a small backpack. Unlike Minecraft, you won’t have an entire world to explore let alone much of an island to navigate around. It does, however, force players to earn their adventure by unlocking new islands. New Islands will have various new resources and a few dungeons with some really cool levels and neat puzzles. You’ll begin with a tiny island with a small list of resources to collect all the while protecting yourself from monsters, leveling up and unlocking new and interesting areas of the map. The best thing is is that you could play the game in any way you want whether it be saving up all of your gold for better items, weapons and structures or if you want to unlock the more inexpensive islands to make crafting easier.

Along with minding your resources, you’ll also have to keep up with your health, stamina and leveling up gauges. Gaining levels is easy enough as almost everything you do will add to your experience bar. Whether you are foraging for materials, fighting enemies and crafting items and structures, you’ll always be adding to it. Every time you’ve leveled up, you’ll have to visit the skill tree to unlock new skills which will provide you with new facilities to build as well as various new ways to aid you in your foraging journey. While doing these tasks eventually your stamina will begin to decline with every action taken, you’ll have to remember to feed your little marshmallow. If you’re ever hurt in combat and if you lose any health in the progress, eating foods will also replenish your hearts. 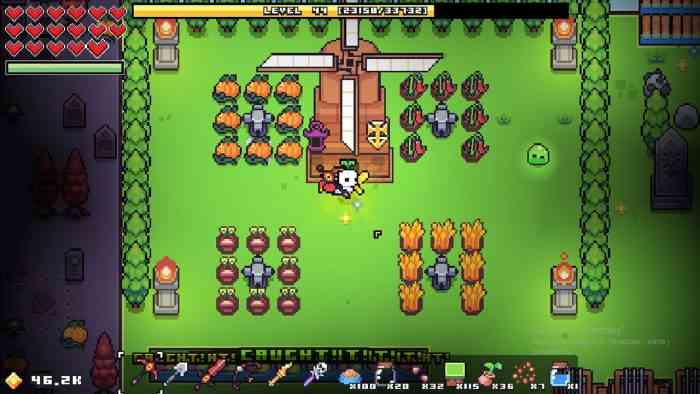 While there isn’t any real story or any reason why our little friend appears to be trapped on this island didn’t really bother me as there was plenty enough to do in the game. While I feel as though it’s fine to not have a story because of the amount of other stuff you can do, there isn’t really any greater purpose aside from grinding. You grind for materials to make structures, then you grind more to get more materials to use those structures and then you grind more to get better equipment that will help you grind faster. Because of this, once you’ve gotten to a certain part, the constant grinding can feel like a bit of a chore.

Once you begin unlocking new islands you’ll come across the occasional NPC that will request you provide them with certain items for some great loot. While this was a great idea, I feel as though the NPCs could have been fleshed out a bit more or even have more interesting requests to give you. When the quests are finished the NPC will just kind of hang out and that’s about it for them. 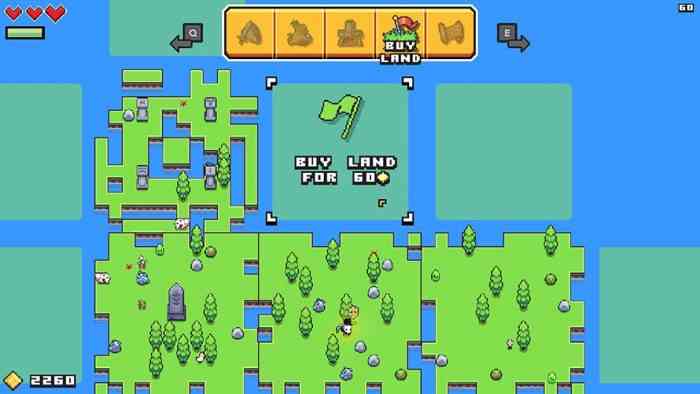 Let’s talk about item management more now, shall we? Once you’ve bought a couple of extra islands and you’ve begun gathering more resources, you’ll run into an issue with how many items you can carry in your bag. While crafting bigger bags is easily enough done, they will require a lot of materials. You’ll have to pick and choose what items you can carry to ensure you have the space to be able to pick up these new items. Unfortunately, because of this, you’ll have to very carefully pick and choose what items you want and what ones you can live without for the time being. However, a good way to combat this is to build a vault which will allow you to store additional items in so you can go on your merry way of collecting and gathering.

The skill tree system is interesting if not frustrating. When you level up, you’ll be able to select a new skill which will unlock new items, various bonus’ and new structures. I like that you have to hold the button down for a few seconds before the skill is activated in case you change your mind. The skill tree is not openly laid out so we’re not able to view all of the possibilities to more easily determine what will help you the most. New skill options will be unlocked once the selected skill that is adjacent to it is activated but fortunately enough, going up levels is super easy so you’ll be able to view most of the options quickly and easily. The game mostly has an autosave but it also has a manual save as well. Be sure to save in this way as well as if you die, Forager is a bit less forgiving as it’s a total game over and it will force you to restart from whenever your last save was. 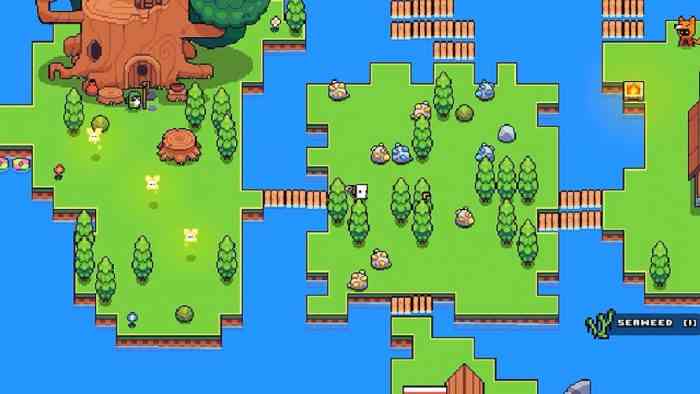 Forager will never replace Minecraft or Stardew Valley, but it certainly has a good thing going for it. The gameplay is fast, the 2D art is very cute and welcoming. It’s incredibly easy to pick up and leave off. It’s a perfect game for someone who wants something quick and fast. I just hope that maybe we will see updates in the future for more islands, more NPCs and quests. 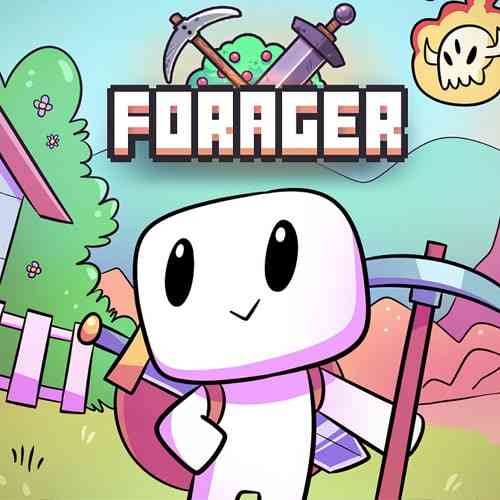 Get Control With March’s Humble Bundle