Retro-inspired games have become common practice in the industry. For years, developers have tried to capture the magic of arcade titles in various methods yet only a few have been successful. Locked and loaded, Flowing Lights is looking to re-imagine the classic arcade shooter but will it hit the mark?

Instantly differentiating itself from games of the past, Flowing Lights centers on puzzles. Enemy locations and projectiles form intricate patterns for the player to weave in and out of, however, these bullet-hell sections are devoid of stress due to the focus on the cerebral placement of obstacles and precision-based attacks. As well as the basic projectiles, you have a charged attack that can be accurately aimed at foes in order to take out several with one shot.

Gravity has been expertly implemented to aid puzzles. Bullets can peruse the terrain, curving around the mounds and crevices that make up the environment. Due to this, positioning becomes imperative in order to make the perfect shot. Holding the left shoulder button allows you to boost up ramps and clamber to higher ground where you can pick off foes. Enemies are varied and bonuses are awarded depending on how you exterminate the creatures at hand. Some require you to eliminate several of the opposition with one shot, and in other cases, you must destroy a group within a particular timescale. Creating combos adds to your overall score as each segment of the overarching level is graded from C to S, which instantly gets added to the online leaderboard, adding a competitive element to the game.

Although the title is accessible, there is a deep, strategic layer to Flowing Lights. Flying in and annihilating all the foes you come across will gain you access to the next arena but this will result in a relatively low score; whereas experimenting with the mechanics to create combinations, makes for a much more rewarding experience. Gaining power-ups through consuming particular projectiles and performing combos is key to racking up the points and will help you climb the leaderboards. 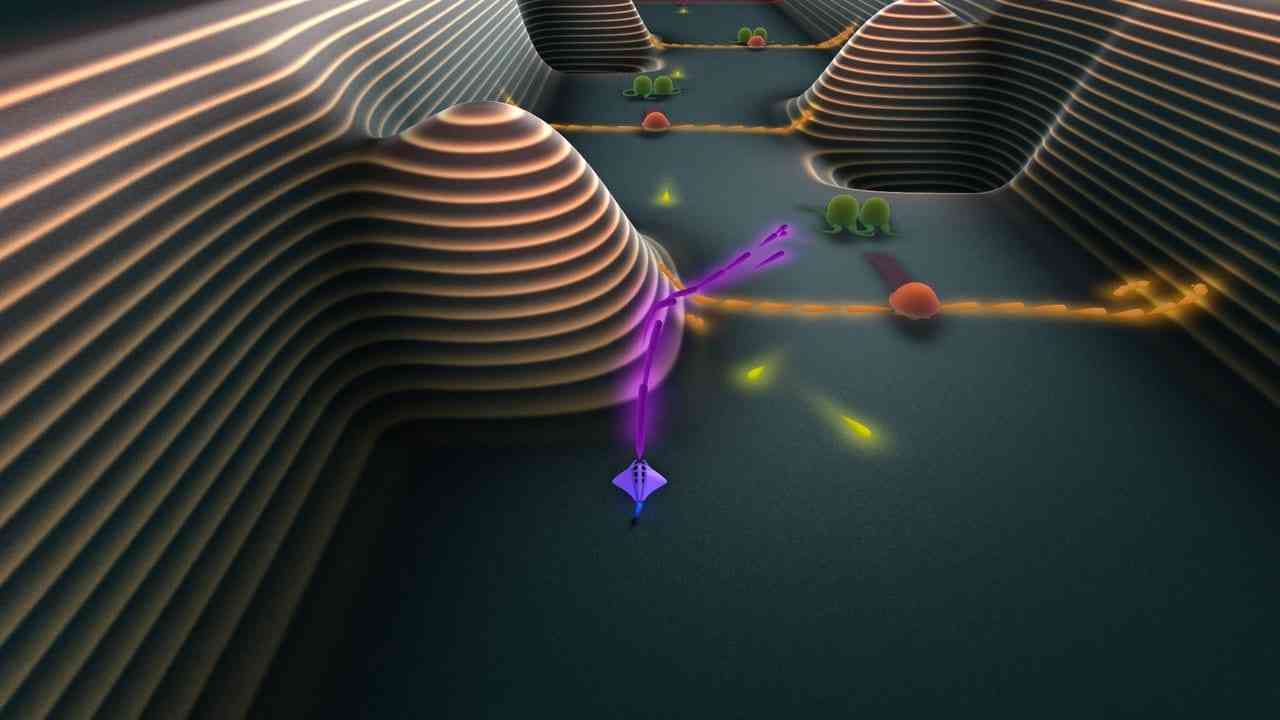 Developers, gFaUmNe, have ensured that each level and area includes new elements that evolve on existing aspects of the game, making the 200 plus bite-sized levels a blast. With a steady difficulty curve, areas continue to develop with later levels posing a challenge that forces the gamer to consider every move. Having to methodically position obstacles to block projectiles and maneuver throughout a bullet-filled course is exhilarating. Also, with the addition of challenges and leaderboards, replaying and perfection sections becomes a fun and addictive cycle. Due to the instant reload times, trial and error is encouraged in order to achieve the highest rank per section. However, there is no real consequence for failing areas, meaning that with some levels, you can simply plow through without concern. This does hinder the intensity of battles because of the lack of repercussions for failure.

Unfortunately, the visuals lack the originality of the core gameplay. Even though the design echoes early titles from the arcade era, including nods to classics such as Space Invaders, the environments feel lifeless and lack character. Coupled with the generic synth-wave soundtrack, the presentation of the title is underwhelming and may deter gamers. 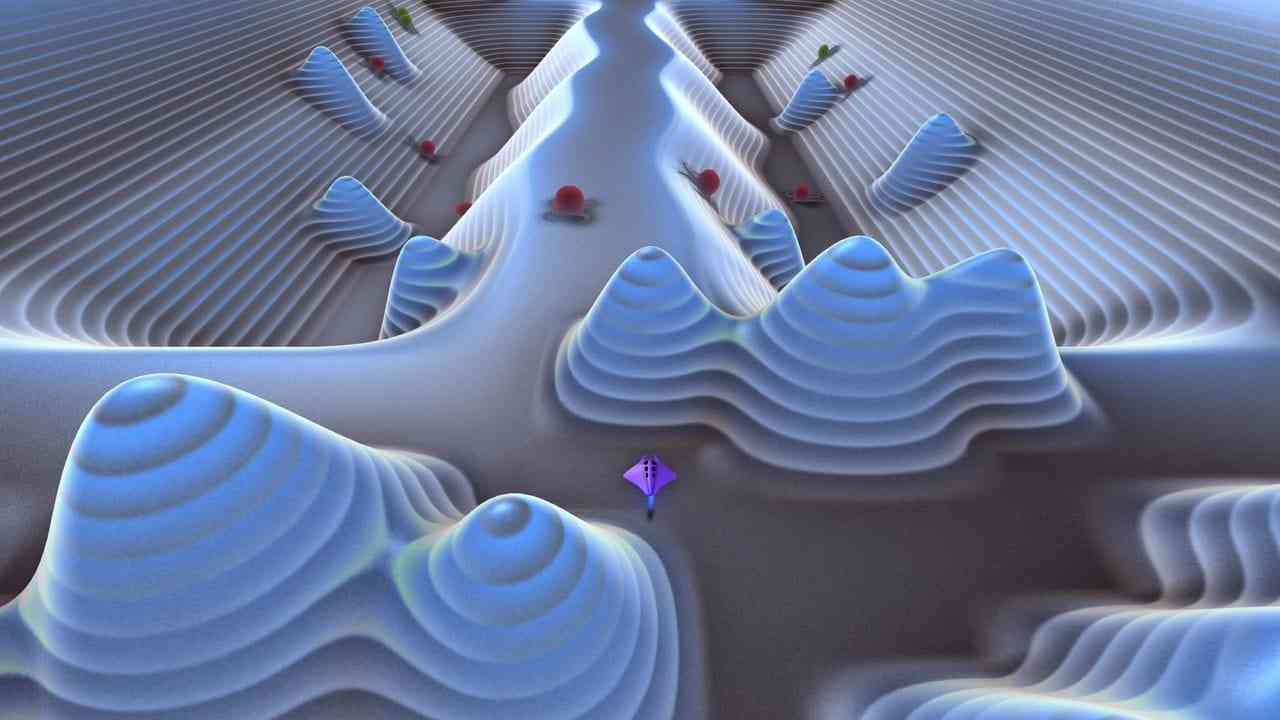 After completing the campaign, you are left with attempting to raise your rank on each section. Score improvement options can be turned on which allows you to select a rank and continually replay levels until you attain the chosen grade. Although this does add replayability, the inclusion of a high score-based endless mode would have given more reason to return to the game. Currently, the title includes a customizable training mode that will support gamers to develop their skills. Here you can initiate bumper mode which stops damage inflicted on the ship, a bullet-time mode that slows down ships that appear in your vicinity and three difficulty levels.

Flowing Lights is a unique title that takes the arcade shooter in a new direction. The mixture of puzzles and bullet-bending gravity helps to freshen an aging genre by adding a layer of strategy. Although the title is marred with unimaginative aesthetics, the ingenuity soaked within the gameplay will communicate with fans of retro titles. Releasing at a budget price, this is definitely worth a shot. 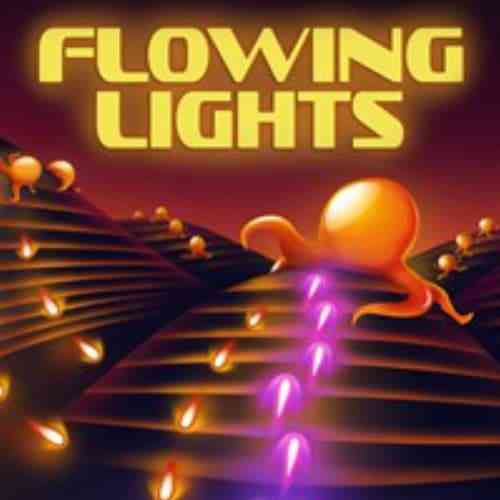