For those of you who have never played a Fire Emblem game, only know about the series from playing Super Smash Bros., and might be curious, it’s a Japanese tactical RPG series published by Nintendo. What makes it a tactics game, as opposed to a normal JRPG, is that the player is placing and moving units on a grid-like battlefield. Battle units have classes, like knights or archers. Story characters have pre-determined classes which can’t be changed, but do evolve over time. That’s right, not all of the units you control are characters; in Fire Emblem, the player controls small armies. Characters combine attacks when next to each other, and have different ranges for different moves.

“This relationship system can also result in characters making babies together… so please, enjoy discovering that little in-game gem.”

The Fire Emblem series has a unique rock, paper, scissors system in place (kind of like elemental spells), where swords beat axes, axes beat lances, and lances beat swords. Fates expands upon this weapon triangle by adding magic to swords, bows to axes, and hidden weapons to lances. This addition is a pretty good symbol for how Fire Emblem Fates has evolved the series. The changes are all minor and they’re all for the better, but the end product is more or less the same. 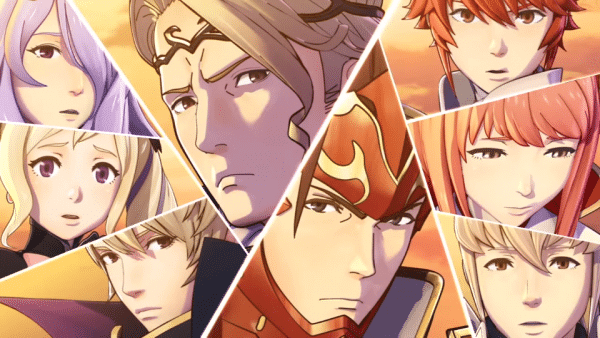 Another change the series has made recently is giving the player difficulty options. Like the last entry in the Fire Emblem series, Fates gives the player the options of Normal, Hard, and Lunatic difficulties. Then the player gets to choose modes. In classic mode, when units die, they stay dead. This creates a great sense of “every decision the player makes, matters”. In casual mode, units are revived once a battle is over. And in the brand new phoenix mode, units are revived after only one turn of death. That’s a lot of options! Another new feature of the series is My Castle, where players can create and customize their own base. Shops inside can be levelled up to yield better items. And Streetpass can be used for players to check out each other’s bases and trade items.

As far as character creation is concerned, the player can create their own player character, which is defaultly named Corrin. As much as I’m sure some folks are excited by character creation, the options are very limited by modern standards. I almost want to forgive the lack of options though, because the anime art avatar, when the main character speaks, accurately reflects the player’s creation, which is pretty impressive. But if you want to make anything other than a slight variation of a young anime boy or girl, you are going to be disappointed.

“I have no complaints about the plot, but some of the game’s dialogue is pretty bad.”

The plot in Fire Emblem Fates is fantastic. It’s the story of two warring nations called Nohr and Hoshido. Apparently there was a backlash against the plot for the last Fire Emblem game, Awakening (which was also excellent), so popular manga writer Shin Kibayashi was brought on to create the story. I have no complaints about the plot, but some of the game’s dialogue is pretty bad.

Birthright’s graphics are great. It looks like a slick PS2 title, with gorgeous anime art avatars, and retro battle grid sprites. I love the way the game shifts art styles, and makes them all work. It also has excellent, epic music. It’s not PS1 Squaresoft soundtrack caliber, but it’s much better than most “people are fighting with swords around castles” music. The characters are not fully voiced, but say things like “ok” or “let’s do it”, when text creates the actual dialogue. It’s so bad that I would prefer the game just dedicated to fully voicing sections, or just sticking to text. 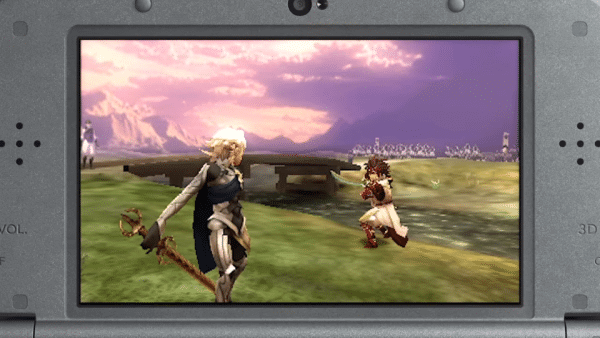 And finally, no entry in the Fire Emblem Fates series of games cannot be reviewed without discussing their bizarre release model. This is a review of Fire Emblem Fates: Birthright, which is one of three games that comprises the entirety of Fire Emblem Fates. On February 19th, a second game called Fire Emblem Fates: Conquest will also be released. This a game made with the same engine, but a different story. The protagonist sides with either Nohr or Hoshido, depending on the version you choose. There will be a third entry released called Fire Emblem Fates: Revelations, where the main character doesn’t join either side. Birthright and Conquest will be released as hard copies on February 19th for $50, and Revelations will follow a few weeks later as digital only for $25. There is a special edition with all three games on one cart for $80, but it is sold out everywhere. Birthright’s menu is designed so all three games are accessible from it. So the total cost for all three games is $100 ($50 for the first game, and $25 each for digital downloads of the other two). Nintendo has gone on record as saying that “the game was too big to fit on one cartridge” yet there is a special edition cart with the whole thing. Why not widely produce the special edition cartridge with the entire game for $80 or $100? The same reason there’s two Pokemon games every time. COGconnected will update readers if we receive copies of Conquest or Revelations.

Fire Emblem Fates: Birthright is a great tactical JRPG with a weird release. The game itself is fantastic though. If you’re at all a fan of the franchise, or remotely interested after reading this review, then you should probably pick it up. 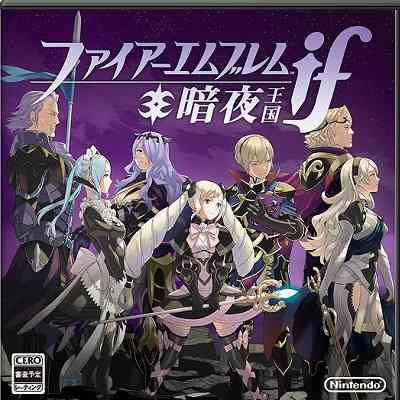 Nintendo Yet To Give Up On The 3DS
Next Project X Zone 2 Review – Even Without Bayonetta It’s Remarkably Fun
Previous Plants vs Zombies: Garden Warfare 2 Review – Glorious Zombie Combat & Stellar Map Design