Since 1994, FIFA and PES (formerly ISS) have battled for first place in order to be recognized as the ultimate soccer simulator. Similar to the mighty rivalry of Cristiano Ronaldo and Lionel Messi, fans of the sport have been divided over which truly is the champion. Some argue that FIFA is the complete package due to the wealth of modes and licensed teams whereas others claim that PES is a more accurate depiction of the sport. However, with eFootball PES 2021 simply releasing a season update this year, more than ever heads have turned to FIFA 21. Which begs the question, is this the year when FIFA will be crowned the ballon d’or?

Your first step on the pitch will feel familiar. Rather than overhauling the successful formula of recent years, EA Vancouver has opted for minor adjustments in this transitional year. Casual players may struggle to notice the alterations but fanatics will marvel at the tactical prowess which now lies in their hands.

New to the series is the Creative Run feature which adds depth to your time on the pitch. Gone are the days of screaming at your teammates to make a run. Now with a simple tap of the left shoulder button, followed by a flick of the right analog, your partner will dash in the desired direction so you can make that killer pass. In addition to this is Directed Pass and Go which essentially is a manual one-two. After playing the ball, you point in any direction you want the passer to move, allowing you to manipulate how your team applies pressure on your opponent’s defense. Giving you complete freedom is Player Lock; this is where the AI takes the reins of the player with the ball whilst you control someone else in the team. I found this particularly useful when trying to get out tight situations, as you can manoeuver to key positions and then simply perform the required pass. Adding to the AI is Positioning Personality, which sees world-class players’ in-game intelligence increase meaning that Bruno Fernandes will find space in the pocket between midfielders and defenders and Mohamed Salah will hold his run before darting behind fullbacks.

Building on last year’s strafe feature is the new agile dribbling mechanic, which allows you to weave your way your through the opponent’s defense or explode into space. Jockeying is an overpowered and overused technique to control wing play. With the addition of agile dribbling, this helps to balance those tricky one on one scenarios making for some intense moments when blistering down the flank. 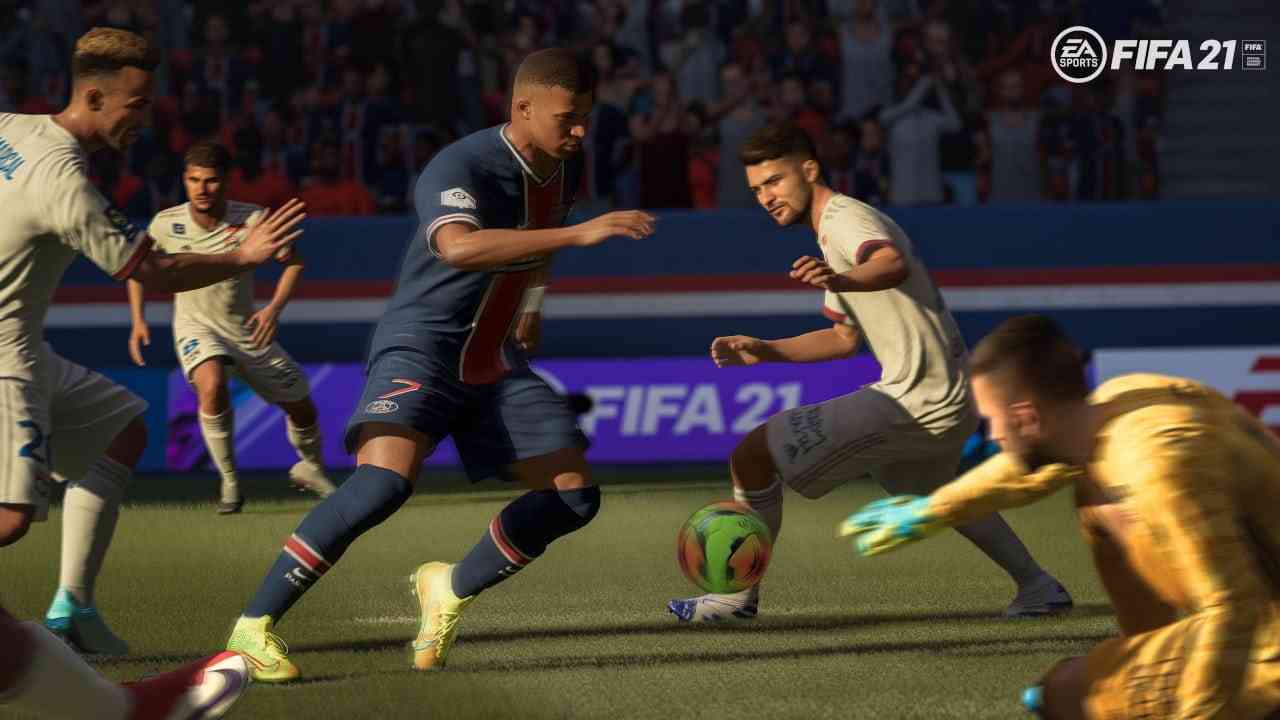 Newcomers don’t be alarmed. Although I have focused on the nuances of gameplay, FIFA 21’s deep and expansive training mode ensures that anyone can engage with the game. EA even has a range of control schemes that ensure anyone, of any age can step into the boots of their icon.

FIFA has always boasted an array of modes that would appeal to any type of gamer and the latest iteration follows suit. The fantastic Ultimate Team replicates last year’s version with just minor updates to the UI. In this, you get to build your team from scratch by either earning coins or unfortunately purchasing points. Added to the mode is FUT co-op which allows you to team up with friends in both online competitive rivals and AI squad battles so you can gain rewards together. Although the ugly head of microtransactions leers over the mode, it’s addictive nature and the fact that it continually rewards makes it a highlight of the game.

Want to be the next Pep Guardiola? Then head to career mode where you can lead your team to glory. Adding to last year’s effort is scheduling. You now have to consider when to train, rest, and recovery your team adding another layer of depth and strategy to the mode. The moral of the team is more important than ever and this will need to be managed through the schedule and conversations with the players making you feel like the gaffer of your team. The most impressive addition in the mode is the interactive match sim. Here you can manage the team from the touchline but then can be instantly transported to the pitch with the touch of a button, allowing you to quickly impact key moments in the game. Featuring new transfer and player development options, the dynamic career mode is the best in the history of the franchise. In addition to the managerial options, you can also transport yourself into the game in order to have an illustrious career as a footballer. So whether you are striving to be the next Mbappe or Alex Ferguson, the vast career mode is the place to be. 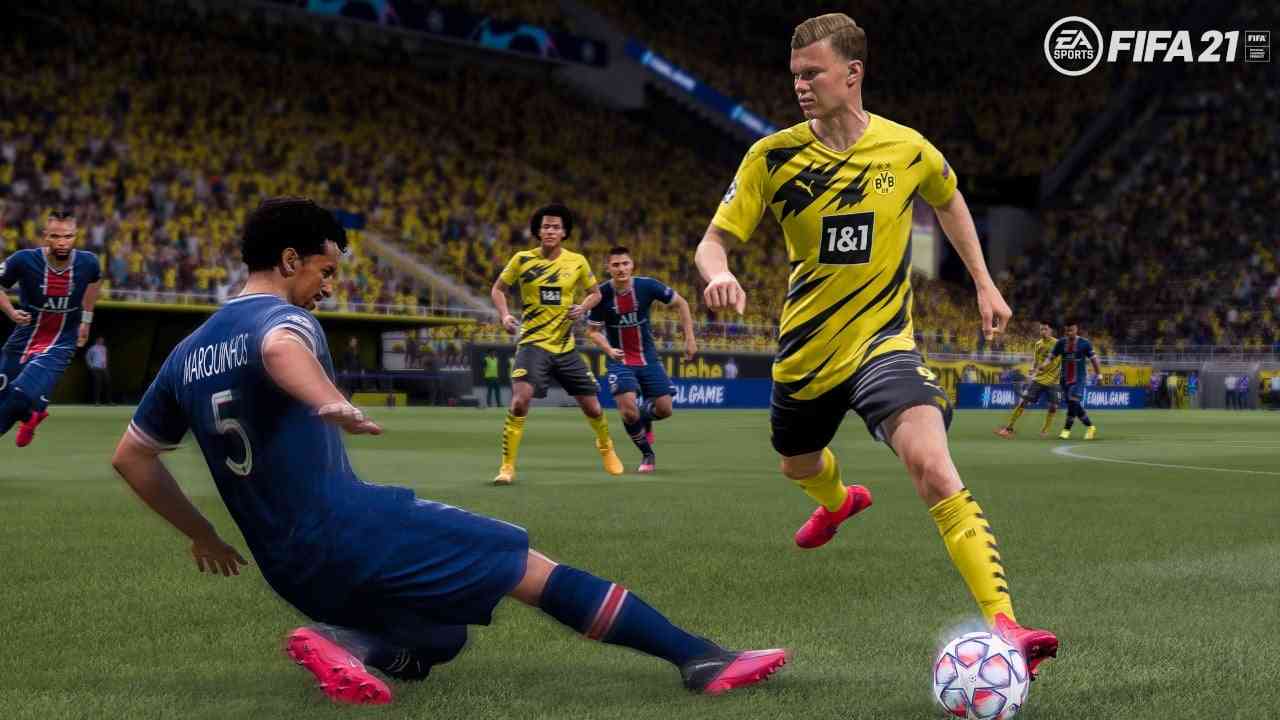 Last year introduced the excellent Volta mode, which is essentially FIFA Street. Featuring a range of rules dependant on match size (3v3, 4v4, or 5v5), the mode offers a different feel and pace compared to the other modes on the game. The focus shifts from teamwork to individual skill and the new Agile Dribbling mechanic shines here allowing you to intricately position the ball to outwit your opponent. Developing on its predecessor is ‘The Debut’ which is a narrative-driven experience within Volta. Although it features some shaky voice acting, the introduction of legends into the story is a welcome addition.

The series has always prided itself on faithfully replicating the television experience and their latest outing continues in the same manner. From the presentation of the UEFA Champions League to the authentic matchday commentary, FIFA 21 puts the audience back into the stadium.

FIFA 21 is a complete package that will keep football fans hooked for the entire season. Although there are only a few small improvements, the tactical possibilities that these unlock are vast. With Dual Entitlement, meaning you can transfer your progress to next-gen consoles and the fact that it’s packed to the goalposts with content, FIFA 21 comfortably takes the golden boot for 2021. 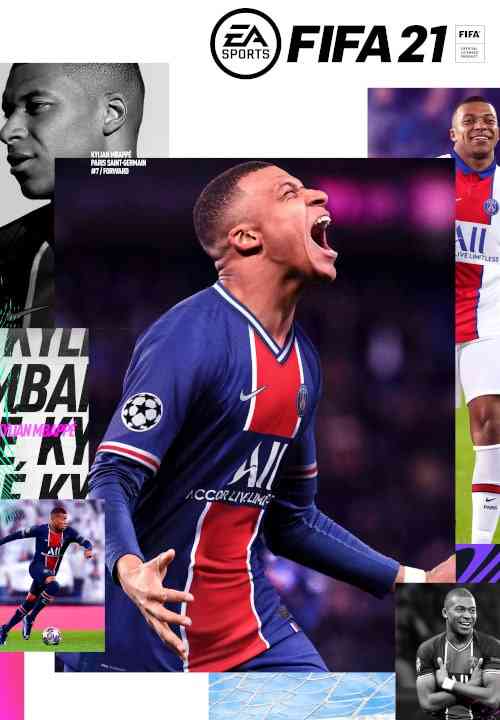 Blood Bowl 3 Will Officially Release On Multiple Platforms Early Next Year
Next Pendragon Review – The Excalibur of Board Games
Previous Trollhunters: Defenders of Arcadia Review – Fun Romp For Younger Audiences