Trollhunters has taken the world by storm on Netflix and millions are jumping into the adventure headfirst from the comfort of their couches. Now, Wayforward and Outright Games have released a brand new game, Trollhunters: Defenders of Arcadia, that’s set to mirror the Netflix series, breathing creativity into another form of consumable media. The question remains, were they able to replicate the success of the Netflix series here?

Now if you haven’t watched the Netflix series, you might be a little confused jumping into the mix here as Trollhunters: Defenders of Arcadia takes place right where the show (part 3) ended. Following his victory against some unnamed baddies (to minimize potential spoilers for those who may not be up to date on the series) Jim Lake Jr must now defeat Porgon the Trickster troll. Porgon has taken a device that creates portals to travel through time and he’s sent Jim into the past, back to Arcadia. And he’s not only been sent back an entire year in the past, but Jim is now stuck in a time loop, an alternate reality. With the help of your friends, Toby and Claire, and Merlin’s time map it’s entirely up to you to stop Porgon and his mischievous plan! As far as narratives go, this isn’t the most reinventive but it maintains its pace well, nothing seems forced, and it’s a nice addition to the story we’ve seen thus far on Netflix. That said, I was really looking forward to some well-illustrated cutscenes, of which are none to be found here. This definitely takes away some of the pizzazz many love from the TV series and that’s just a little disappointing.

What isn’t disappointing, however, is the interaction with the AI throughout Trollhinters: Defenders of Arcadia. Wayforward absolutely nails this here. All the characters come to life in a way that’s delightful. Part of me wonders if this is better because of Guillermo del Toro, as we know his writing is usually quite superb. And the voice acting is incredible! This is where you’ll find the most similarities to the Netflix series. Most of the actors are the same, save for a few exceptions like Jim who’s now voiced by Emile Hirsch instead of Anton Yelchin. They breathe life into each of the characters in a way that makes you want to listen to them talk for hours. This is again where it would have been better to jazz it up more with the cutscenes, but that’s the last time I’ll mention that!

Trollhunters: Defenders of Arcadia takes a very simplistic approach in terms of the overall gameplay and as a side-scrolling action-platform title I’d expect nothing less. There’s the basic jumping and sliding to get wherever you need to be within the particular level (or time loop), mixed with simple sword fights and combat. Nothing feels too complex or difficult. And if you have a friend playing with you in couch co-op as Claire, it’ll feel like you’re shredding your enemies without breaking even a small sweat. 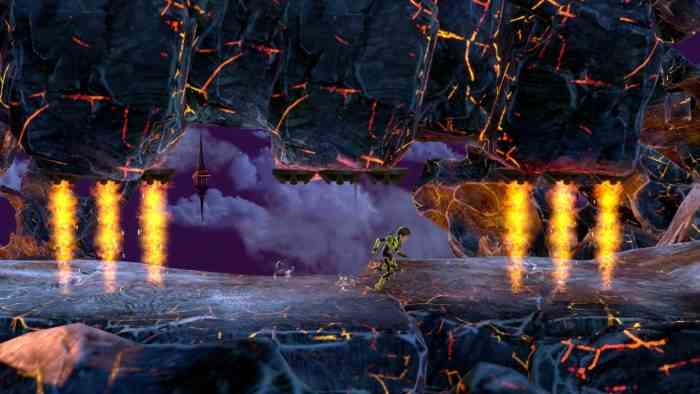 As you continue on in the story, playing through more of the time loops (levels) you’ll earn more and more coins, and gemstones in order to upgrade your setup. The more coins you earn, the more you can upgrade not only your armor, but your abilities as well. The gemstones can be found after kicking each bosses butt and in turn, you’ll unlock a brand new weapon. Of course, along the way you’ll hopefully be finding more dirty socks, which you can trade at Rot & Gut’s Sock Exchange at the trollmarket, as well as gnomes, which can be used to play one of the mini-games available. Oh and don’t forget about those horngazels, they’ll earn you some sweet hidden treasure as well!

Since this is a game that’s made for the pre-teens and teens out there, adults won’t find it challenging in the least, and that includes the numerous boss battles as well. While this might not be all that surprising to learn, it would have been nice to have a difficulty scale in order to add that challenge and expand the game’s audience. Likely because of this lack of difficulty as well the game feels quickly begins to feel repetitive. And even though the levels are cool to look at, with varying aesthetics, it’s probable that if you manage to play through the game once, you’ll never visit it again.

That said, there are some additional mini-games found in the Hearthstone Trollmarket that bulk up Trollhunters: Defenders of Arcadia a bit more. These are fun for all ages, especially Luug’s Coin Hunt and Go-Go Sushi, which are available to play without continuing through the narrative. Omelrug’s Gnome Challenge, on the other hand, can only be played once you’ve collected enough gnomes while completing the story. In Go-Go Sushi, you’ll collect and serve sushi in order to earn tips (coins) and in Luug’s Coin Hunt, Luug will take you to different levels to collect a certain number of coins with a time crunch. You can play it again and again if you don’t complete it the first go around. As for the Gnome Challenge, you’ll get to aim gnomes at bullseyes for Trollhunter’s very own version of darts. If only this was accessible all the time! 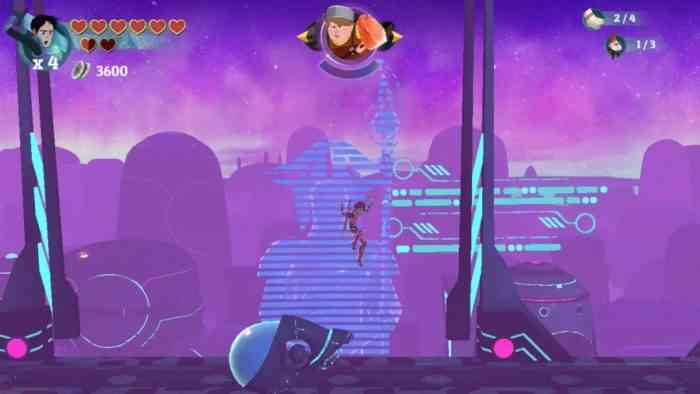 Where the game shines brightest though is with its sweet aesthetic where the characters and environments appear to have jumped right off the pages of the Trollhunters storybooks. The color pops in each and every time loop you’ll play and the Hearthstone Trollmarket looks awesome. The sound design compliments both the graphical design and voice acting well. The music ebbs and flows, keeping in beat with the changes in story rhythm and while I wouldn’t describe it as overly motivating at any given moment, Trollhunters: Defenders of Arcadia would feel dull without it.

If you were looking to find a perfect replica of the Netflix series complete with an original storyline you won’t find that here. Trollhunters: Defenders of Arcadia is plenty good fun if viewed as a standalone title but it’s hard not to compare it to the Netflix series and find it underwhelming. Now as a pre-teen or teen, Trollhunters: Defenders of Arcadia is worth a playthrough for sure, especially with friends. As an adult, however, it’s probably not going to hold your attention very long; maybe just skip this one. 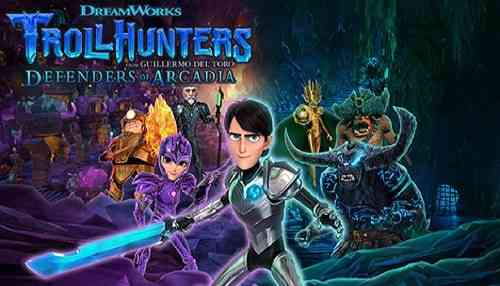