Exocraft is a game for grinders. If you dig, digging up crystals to convert into cash so you can build up your ships a la Lego, then this is the game for you. If you need a game with a lot of depth and variety in gameplay then you will mine out Exocraft’s very quickly.

The game uses an overhead point of view where you craft skim over the barren surface of a planet-hunting for crystals and gems. Gems are the game’s currency and you need to upgrade your craft. It takes a lot of gems to do so and you will have to do a lot of gem grinding to be able to buy anything. Or you can buy gems. Yeah, that’s right. Buy, as in with real money. The game doesn’t directly force you to do so but it’s pretty clear the amount of grinding needed will give a player enough pause to think about laying down cash. But if you like grinding, then Exocraft will be grinder’s heaven.

The ships have a very retro feel to them, like 1950s cars. The starting ship is little more than a set of wings to which a cockpit, a cargo hold, and drone bay are attached. This trio of components also serves as the basic units for the ship’s stats: defense, offense, and cargo space. These components are modular in design and attach to the ship in building block mechanics. They can be combined in a myriad of ways allowing you great flexibility on how to flesh out your shape.

All of this is delivered in an expedient way through a tutorial which guides you on how to harvest and mine resources, where to take the resources, how to convert them, and then how to select new components to add to your ship. While out gathering resources your ship is like a queen bee driving drones to do all the grunt work needed to gather and mine resources. 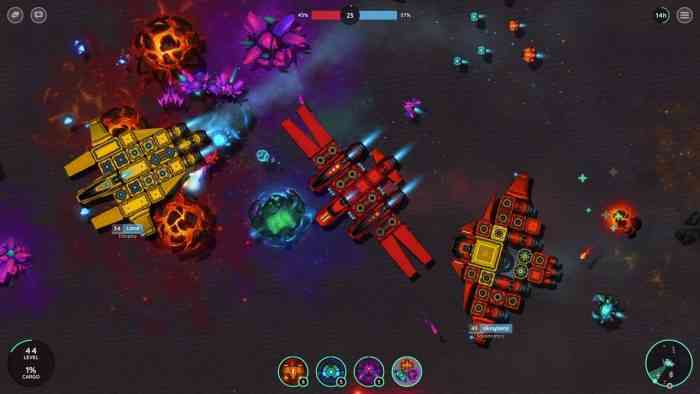 Resources come in two flavours – wrecked ships or mines. The mines are protected by guardian which will attack both you and your drones. At first, this presents an issue as neither you nor your drones are very powerful. Fortunately, the wrecks are not protected in such a manner which allows you to safely gather them up without fear of losing health and drones. Damaged drones can be repaired but the cost of repair versus procuring new drones makes it a toss-up as to which route to take. Getting new drones is quicker and has less interface interaction so one may opt for just buying new ones.

Mining involves combat with a guardian and employs as rock, scissors, paper style of combat as your drones are divided into elemental categories – fire, water, and electrical. The guardians are of the same categories and any engagements will be based on the properties of the opposing powers. When victorious, drones will level up and become more of a force to be reckoned. At a certain point, they can evolve to higher levels if you can provide them with the necessary energy – which, of course, requires many gems for that to be possible.

But Is It Really a Free-To-Play Model?

The game promises you can command not just a single ship but a fleet but each new ship costs 500 gems to do so. Or you can pony up $10 for 600 gems. It quickly becomes apparent that unless you have the patience and longevity of Methuselah, the game mechanics are slanted towards getting the player to put down some greenbacks.

While the aesthetics of the game are decent, like the graphics and the music, this feels and plays like a Flash-based mobile game. Both the mining and game mechanics are a real grind that doubtless will deter most players from digging too deep. 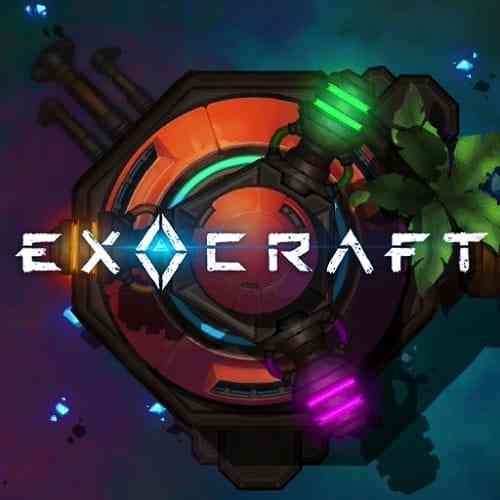