A lot of games let me play out some pretty obvious fantasies. It’s cool to be a mighty ass-kicking hero, making right with might. It’s also cool to escape to a fantastical world that’s not just the apartment I’ve been trapped in for over a year. Every so often, I encounter a game that takes me somewhere I never knew I wanted to go. I mean, sure, my middle school years were chock-full of talk about sharks with frickin’ laser beams attached to their heads. I just didn’t know that those experiences had instilled in me a desire for world domination. That is, at least until I booted up Evil Genius 2.

We ran a preview of Evil Genius 2 not too long ago, but as a quick refresher: it is essentially a modern remake of 2004’s Evil Genius. You play as one of a handful of titular unethical big brains and carve out a base from which to conduct your nasty deeds. Base building provides the game’s bulk, making Evil Genius something like a tycoon game or SimCity. The gameplay loop revolves around developing rooms out of rocks and filling them with various facilities to get your operation up and running.

I liked the early time I spent with Evil Genius 2, but it was a little bit hard to predict how the game would feel once things came together. I like the base mechanics a lot. But I was skeptical after playing the preview version and finding it lacked many features. I didn’t realize how much I wanted to play with cosmetic items until I started placing groovy 60s style furniture throughout my base. And watching my jumpsuit minions lounging around was the icing on the cake. 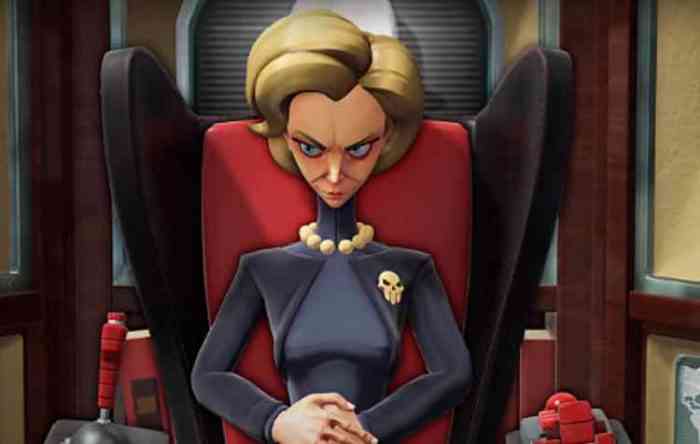 That’s because where Evil Genius is second to none is in the style department. I love every inch of how this game looks and sounds, from the rubbery animations to the surf-guitar-plus-wailing-horns music. The dialogue is also quite funny, and voice acted by such legends as Samantha Bond (who played Moneypenny in the 90s) and the obstreperous BRIAN BLESSED (custom dictates his name be written in all caps). There’s a delightful level of quality here that fills me with greed. Every humming databank and bubbling lava lamp is a gift, and I want about 10,000 more cosmetic options to really make my lair feel like an evil home.

A Deathtrap, A Suicide Rap

I’ve mostly focused on style over substance so far because style is where Evil Genius 2 is strongest. As a management game, Evil Genius 2 isn’t all that elaborate or groundbreaking. It actually stands in contrast to the original 2004 game, which I spent quite a bit of time with. The original was prone to pushing you into glorious failure cascades. You’d overextend your power, which would knock out your ability to make money, which, in turn, would allow spies to infiltrate your base, and so on. Even on the hard difficulty setting, I rarely ran into problems in Evil Genius 2 that I couldn’t bounce back from.

The area of Evil Genius 2 that feels thinnest is the traps. Every so often, you’ll have to contend with the forces of civilization trying to bring you to justice. This is represented by agents infiltrating your meticulously constructed base. You can distract them with casino games or try and take them out by, for example, hiding boxing gloves in ducts and lasers in the doors. The traps give way to glorious cartoon violence, but as far as gameplay goes, they aren’t as entertaining as you’d hope. 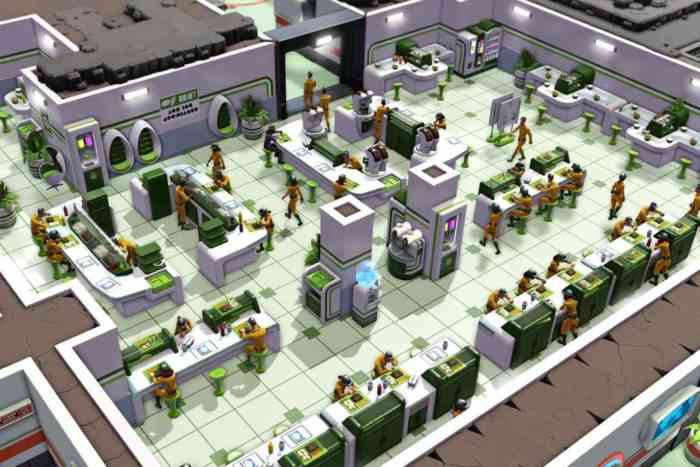 Typically, a spy will act the fool and go right to the trap, getting hit and possibly knocked out. It’s hilarious the first time, humorous the second time, and then continues to provide increasingly diminishing returns. Frustratingly enough, you can’t construct complex customized deathtraps. That’s supposed to be a genre staple. Sure, you can line a whole hall with lasers, big fans, and cages, but there isn’t much interplay between the traps.

This represents the limitations of Evil Genius 2. You are largely building your base on rails, and there will always an optimal version of the solution. That’s why the cosmetic items feel so meaningful; the game doesn’t feel like a toy for self-expression (like many other building games). It feels more like a puzzle. A delightful and devious puzzle, to be sure, but there is only one way to really get the pieces to fit together.

I had a lot of fun with Evil Genius 2. I’ve tried playing as each of the four Geniuses and just started to scratch the surface as to the islands’ differences. But an overly simplistic strategic level and scant customization options make me suspect that I won’t be sticking with it long. Once I’ve thoroughly dominated the world, I will feel accomplished and fulfilled—no reason to play anymore.

Then again… sometimes I want to play out certain scenarios in gaming. Sometimes I want to pilot a starship and escape from devious traps. Other times, I want to make my way through an emotional family drama. There are different feelings for different days. Evil Genius 2 has a strength that no other game can offer – there’s nowhere else to play out this fantasy. Because some days you want to be Dr. Evil, and it’s pretty cool that there’s an outlet for those megalomaniacal tendencies!

Sniper Elite 4 Heads to Next-Gen With Free Upgrade
Next Lost Words: Beyond the Page Review – All The Feels
Previous The Outer Worlds: Murder on Eridanos Review – The Real Killer is Repetition