Whether you’re a gamer, avid music listener, movie watcher or using the headset in a professional manner, the EPOS H6PRO may be just what you’re looking for. The EPOS line of headsets has been making a considerable name for itself in the audio-sphere promising to provide its customers with crystal clear sound quality at a pretty premium price. Earlier this month we had the opportunity to review the EPOS H3 Hybrid headset which earned a fantastic review, so how will the H6PRO compare to its predecessor? 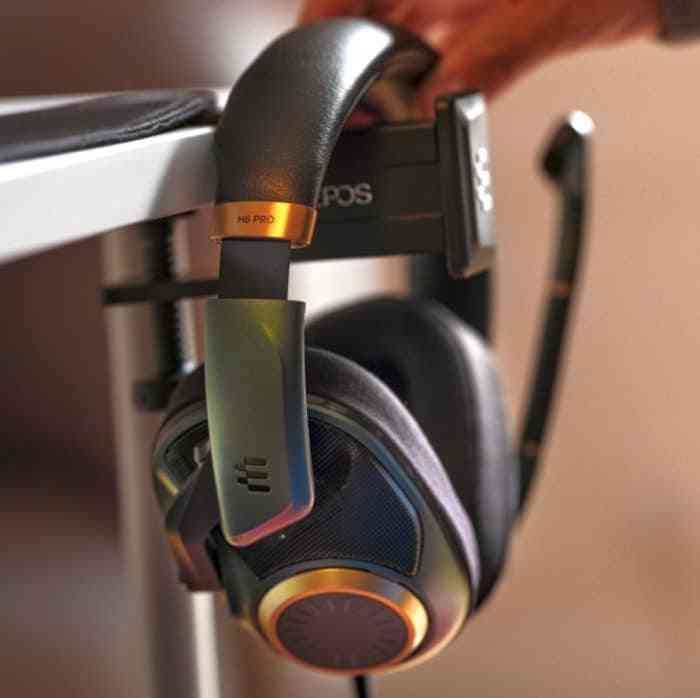 When I first received the box, I was surprised at how light it felt and even more surprised when I actually held the headset in my hands. I currently use the Corsair Void Pro which has been nothing short of amazing, especially for long game sessions. These headphones are pretty light but the H6PRO somehow manages to be even lighter, weighing only 10.9 ounces. But along with the headphones, you’ll also receive a plate to replace the boom mic if needed, a 3.5 mm audio jack to be used for consoles and the like and a second cord that has separate mic and headphone connections. Because the H6PRO is an analog headset, you just plug them in and it’s good to go, with no extra drivers to download and no software to install.

I was impressed with the sleek and somewhat simplistic design and was happy to see that it wasn’t as bulky as some that are on the market. For this review, we received the open acoustic H6PRO in Sebring Black. The ear cups are a nice dark navy colour while the rest of the headset is pure black. For a premium set of cans, you may be surprised that a majority of the headphones is made up of hard plastic. However, the build itself still feels pretty solid and durable. The headband itself is covered with a nice mesh that really helps in making them incredibly comfortable to wear for long periods of time. The material that covers the earcups is different depending on which model you choose, open or acoustic. The acoustic version is made of a mesh that has small perforated holes to allow sound to escape while also keeping yourself alert to your surroundings while the closed acoustic variant is made of a soft leather-like material that locks in the sound much more effectively. 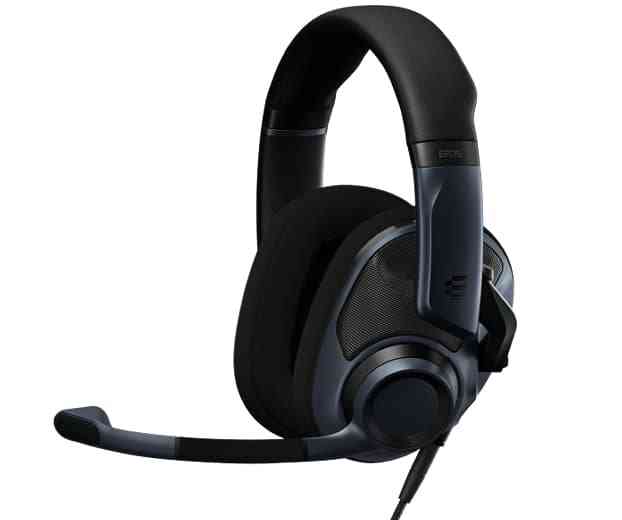 The earcups are large enough to fit over your entire ear. However if you have larger ears, or piercings as I do, I did find the enclosed cups to hurt the back of my ears. Luckily the pain is minimal and once I got used to the headset, I didn’t find my ears hurt anymore. I can’t speak for the closed acoustic version, but the mesh used on the earcups and along the headband was so comfortable that it really didn’t feel as if I was wearing anything. If it wasn’t for the cord to remind me that I was still plugged in, I probably would have walked away from my PC thinking I wasn’t wearing headphones at all.

Talk Sound To Me

So let’s talk about the most important part of having a premium-priced headset: the sound. The clarity of the headset is really very good. You can hear the rich details in the lows, mids and high tones which sounds perfectly balanced together. While the sound isn’t quite as sharp as some headsets, you’ll still be able to clearly hear approaching footsteps, a gun reloading to shooting off and what direction they are coming from.

However, there are a few drawbacks of having the open-backed model and I’m not sure how much of this will apply to the closed acoustic version. You can still pick up background sound. Whether it’s the cars going by out my window to someone tinkering around quietly in the kitchen, to my neighbour down the hall yelling something incoherent – I just don’t get that full sense of escapism you’d expect from a premium headset. Not to mention that at its highest setting on both the headphones and on my PC/PS4, it doesn’t get very loud. And if you use the audio wheel to turn the sound all the way down, it doesn’t completely mute whatever you’re listening to so if you want to silence the audio totally, you’ll have to do this manually on whatever platform you’re using the headset with. 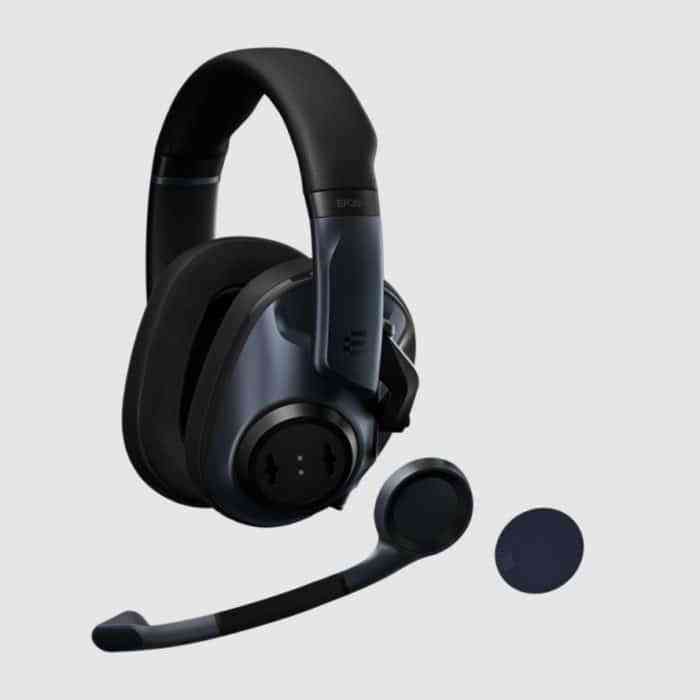 I was really intrigued by the boom mic, not for the quality in itself, but by the fact that if you don’t plan on using it, you can pop off the mic. In the empty spot, you can then put a little magnetic cover over it to hide the absent boom. I thought this was really neat and I haven’t seen anything like this before. Now, for the actual quality of the mic, it’s not bad! The quality is clear but it picks up a little too much. My local DND group complained that they could still hear the typing of my keys, the cars outside to my cats meowing in the next room while they hadn’t had any issues while I was using the mics on my Corsair Void Pro or even on my Raycon E25’s.

The EPOS H6PRO is a decent headset and is absolutely built for long gaming sessions with comfort. Unfortunately at a premium cost of $259.00 CAD, there are a ton of other headphones within the same price range that are wireless and have better options with sound settings. If you’re looking for a wireless set, I’d recommend checking out the review we did for the H3 Hybrid by Epos (click here for Alex’s review) but if you don’t mind using a wired connection without the additional need of downloading drivers and other software, then the comfort and audio quality may just be worth it.

***EPOS H6PRO provided by the manufacturer.*** 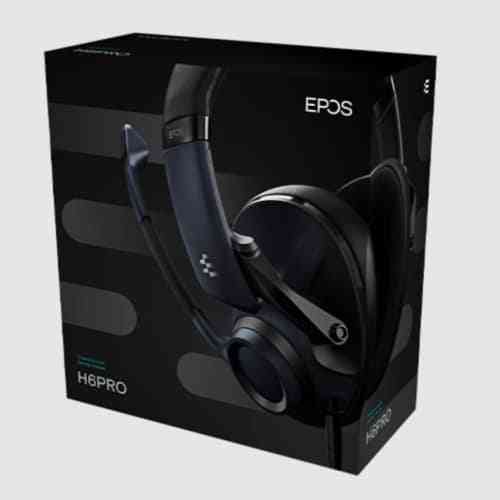 
EPOS’ GTW 270 Hybrid Gets a Much Needed Update, and Price Cut

JBL Quantum 350 Wireless Review – Specialized For Surround Sound
Next Tandem: A Tale of Shadows Review – Light Your Path in Shadows
Previous Legend of Tianding Review – To Steal From A Thief