EPOS has been delivering quality headsets for years now, but I’m pretty sure I just experienced their best headset yet. And I really didn’t know what to expect with a hybrid gaming headset – a headset claiming to provide brilliant audio with both Bluetooth and wired options – all built into the same accessory. Surely, some of the quality would have to be sacrificed, right? As far as I can hear, that’s not the case at all. Granted, this is a premium headset – you will be paying top dollar for this product.

Still, suppose you’re in the market for an audio solution that can handle all your gaming devices, from Xbox Series X to Nintendo Switch to PC to PlayStation 5. In that case, you’ll absolutely want to consider the EPOS H3 Hybrid headset. 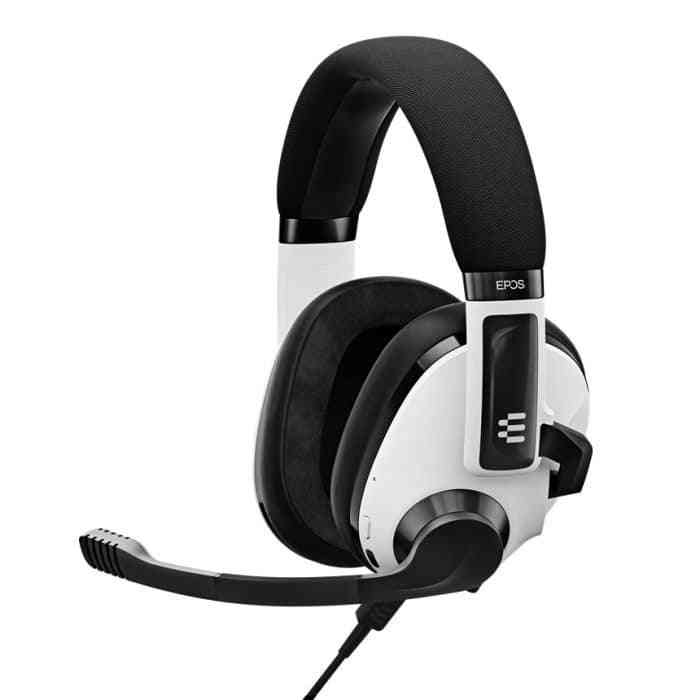 The box is a simple, no flair, clamshell design, opening to reveal a black and white headset with a pair of bundled cords, a USB cable, and a 3.55mm cable. The headphones are primarily white, with black accents, black headbands, and black cuffs. The simple two-tone appearance presents a unique look, and I really dig it. It’s worth noting, there is an all-black version of the headset, too – I imagine it’s identical in quality, but if EPOS wants to send me one to test out, I won’t say no.

When you first pick the H3 Hybrid up, you can immediately feel how solid the build is. The over-the-ear cuffs are more oval-shaped than the traditional circle, and when I first looked at them, I groaned, thinking they wouldn’t fit properly. I was thankfully wrong. They just fit my ears – a little snug – like a hug from an overzealous friend, but for most people, they’ll be perfect. And once they’re locked in over your ears, the world goes quiet. Like, spooky quiet. The right earpiece has a dial that adjusts the volume. The left earpiece has the mic boom that can be tilted up or removed completely – they even included a black clip to cover the empty mic hole. Beyond that, you have a Bluetooth sync button and the power button. Turning the power on, you’ll be greeted with a voice advising you how much battery life is remaining. Outstanding!

But How Does It Make Celine Dion Sound?

The first test was via Bluetooth on my iPhone. It synced without issue and worked as expected. I listened to some music and TikTok videos, and it sounded good. But that was just the first test – not really pushing any limits at that point. Next up was the Nintendo Switch since the console was JUST updated to allow for Bluetooth headsets. Again, it synced without issue, and it provided me the best 3D audio I could get from a headset on that device. I played a little Fortnite, and it handled directional audio like a champ. The sound was crisp with just the right amount of bass. I tried a few other games, including Super Mario 3D All-Stars, and again, the audio just sounded brilliant.

Next up was trying the wired connection via USB on my PC. Again, I booted up Fortnite, but this time played some multiplayer with my son to give the voice chat a test. The voice chat was perfect, both ways. I could clearly hear every word my son said as if he was standing right next to me, without sacrificing any game audio at all. I asked him how I sounded, and he said it was clear with no echo or any issues. The final test was listening to some Dolby Atmos Spatial Audio albums via Apple Music – and to my excitement, Celine Dion’s iconic Falling Into You album, which had just been re-released in Spatial Audio. This blew me away. The new mix brings her voice to the forefront like never before, and it gave me chills. Yeah, I’m a gamer who likes listening to Celine Dion, so what? I took a stroll through some other Spatial Audio tracks, Outkast’s “Ms. Jackson,” Queen’s “Another One Bites the Dust,” BTS “Butter,” and the results were more of the same – this H3 Hybrid headset provides unparalleled audio. 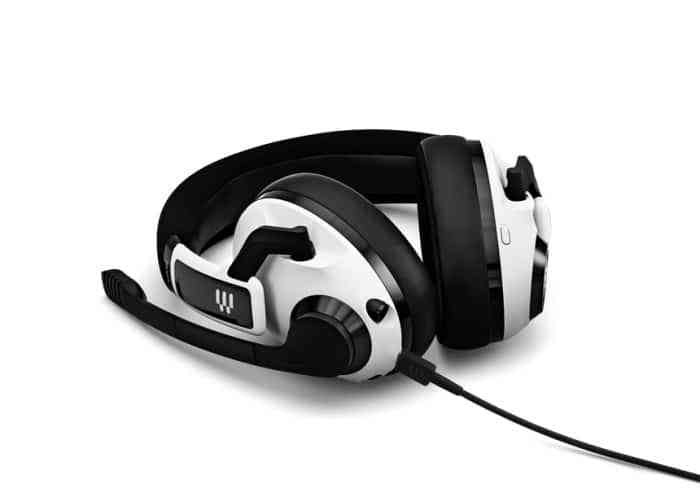 Like most headsets these days, there’s an app available to tweak various settings. In this case, it’s the EPOS Gaming Suite. It’s worth noting that after I downloaded the software, I needed to update the software to detect the H3 Hybrid. In addition, there was also a firmware update for the actual headset too. Unfortunately, beyond updating the headset firmware, I can’t quite see the benefit of the Gaming Suite app. It allowed me to test the mic audio, which was a nice feature. However, when I tried testing the 2.0 or 7.1 audio, no sound played. Hopefully, a future update will fix the issues.

The Swiss Army Knife of Headsets

It’s hard to find anything negative to say about the EPOS H3 Hybrid. It’s a Swiss Army knife of a headset, offering Bluetooth, USB, and 3.55mm connection options. It works on the Nintendo Switch, Xbox Series X, PlayStation 5, PC, and I imagine it’ll work fine on older consoles as well. The audio is excellent, providing a rich sound experience. The bass felt just right. Listening to Spatial Audio music via Apple Music was a surreal experience. The headset feels comfortable, though I do find that the ear cuffs tend to make my ears feel a bit hot after an hour or so of use. I imagine gamers with smaller ears won’t have that same issue. If you’re looking for an all-in-one audio solution and willing to spend some extra cash, then the EPOS H3 Hybrid is your best bet. 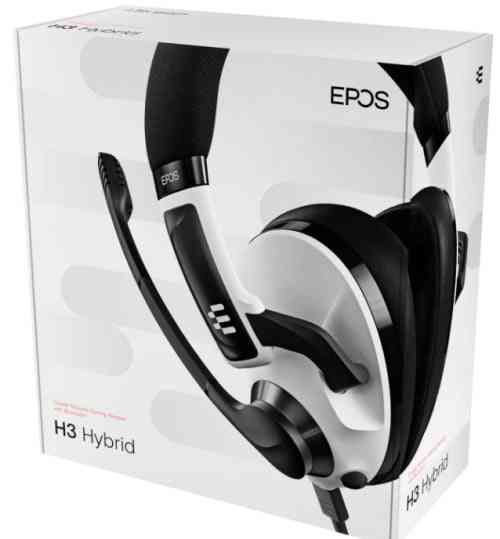 EPOS’ GTW 270 Hybrid Gets a Much Needed Update, and Price Cut