Tandem: A Tale of Shadows Review

Tandem: A Tale of Shadows is a puzzle-platformer all about light and shadows. You play as two characters, a little girl named Emma and a teddy bear named Fenton who seems to exist in the two different dimensions. They need to constantly work in tandem to help each other progress in their own worlds. The game’s mechanics manage to be unique and visually interesting while remaining quite familiar for puzzle vets.

Fitting the theme, the game credits its inspiration of gothic aesthetic to none other than Tim Burton. It’s immediately evident in the harsh shadows. The use of dolls as much of the environment seems to call back to classics like The Nightmare Before Christmas.

Walk on the Shadows You’ve Created

When you play as Emma, things are as you expect them to be. You walk along the ground in a three-dimensional space. However, things get a little bit crazy when you switch over to Fenton. Existing in the world of shadows, Fenton exists on a two-dimensional plane as he walks on the walls like a shadow cast upon them, and uses other shadows as platforms he can jump on.

As Emma, you will often be given a trusty lantern to guide your way, which happens to be a perfect tool for casting shadows as long as you have objects like pillars to utilize. By angling yourself around obstacles, you can create platforms for Fenton to hop around to get to the final objective. At many times, Fenton will have access to areas that Emma can’t reach yet, where he can open up pathways for her in turn. 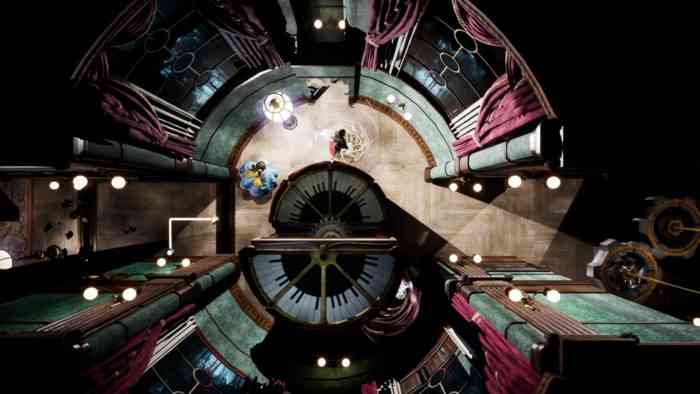 I don’t know if you’ve thought of this already, but there is unfortunately a small plot hole in the game’s mechanics (mechanic-hole? No, that’s awful). Emma herself doesn’t cast a substantial shadow that Fenton could walk on. I get why she doesn’t as it would absolutely trivialize almost any puzzles by spinning around with her lantern, but it’s still a bit of disappointment that it isn’t addressed somehow. I’ll save the rest of my rant for the narrative section.

Like many puzzle games, Tandem is divided into many chapters, with each having many levels. Each chapter introduces a new mechanic that the puzzles are going to be playing around with. It’s a classic technique that still works as the puzzles manage to be iterative and fresh while not overwhelming the players with a salad of mechanics.

As for the puzzles themselves, I’d say are sufficient. Nothing incredible or awful about them. My little gripes come from the fact that many times when a puzzle seems difficult, it’s usually because the game isn’t always effective at communicating the elements you are supposed to be interacting with. So it might feel like you are stuck until you realize you were missing a piece, then it all seems obvious. Another thing that brings it down for me is that much of the time, it felt like I stumbled onto the answer by trial and error rather than figuring out something complex. This is not a terribly bad problem, and I find a lot of puzzle games are like this, but for me, it’s what separates truly memorable puzzle games from the mediocre.

Tim Burton-esque Without the Spirit

The narrative and the visuals are where the game stumbles a bit, unfortunately. Nothing terrible, mind you, just a little unrefined.

Let’s start with the visuals. As I’ve stated in the opening, it gets the inspiration across effectively enough. I think the segments with Fenton actually look quite good, the black-and-white visuals with smoky shadows really make it feel like we’ve entered the shadow dimension, somewhere very haunted. Fenton’s idle animations are also quite good, and for a character with no voice, he manages to be quite expressive with his animations. Sometimes you will see him in the corner of your eye while solving puzzles as Emma, seeing him do spooky-cute stuff up on the walls by himself.

Emma, on the other hand, isn’t quite great. Getting away from the heavily stylized Fenton, Emma’s “real” world feels unpolished. When looking at top-down it’s alright, but the game often goes down to show her in cinematics and reveals a lot of very unflattering angles. She looks plastic, and not in a good way like Tim Burton’s puppets did. The animation is stiff and her facial expressions feel quite uncanny-valley, not truly nailing the cartoon style. Additionally, at the end of each level, we get a little victory pose, and for some reason, the camera clips into her head every time. Sure, it’s not such a big problem, but since this is a very common animation, it should have been fixed. It’s just one of those little details that make the game feel unpolished. 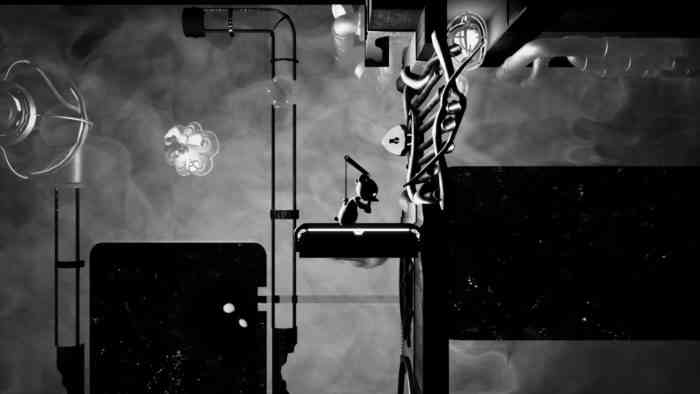 The game’s story is perfunctory. If you were expecting a Tim Burton-like gothic fantasy story, this isn’t where you will find it. The duo’s objective of finding some missing boy has no relation to their characters, and the little information you get from Emma fails to tell you anything about her as a person. It’s also missing the most fundamental key to a compelling story: meaningful stakes.

We could have made the fact that Emma not casting a substantial shadow a part of the story and the reason why Fenton was drawn to her. Maybe her shadow was taken away by some spooky ghost, and we need to get it back or she dies! Now the story and the gameplay make sense, while explaining away that glaring little plot hole. Just imagine the boost in abilities you could get for a final stage when Emma reclaims her shadow, being able to push her synergy with Fenton to the next level. They could use their combined powers to defeat the evil ghost! If developers are looking for a narrative designer, give me a call (kidding, not kidding).

Overall, Tandem: A Tale of Shadows is a fine game. There are some flaws for sure, but nothing that ruins your overall experience, and what’s there is solid. I’d recommend this game for people who are interested in the light/dark puzzle mechanics, but if you are thinking of getting into it for the aesthetics or the story, I’d give it a pass.

Puzzles can be unclear
Unpolished in small details
Perfunctory story 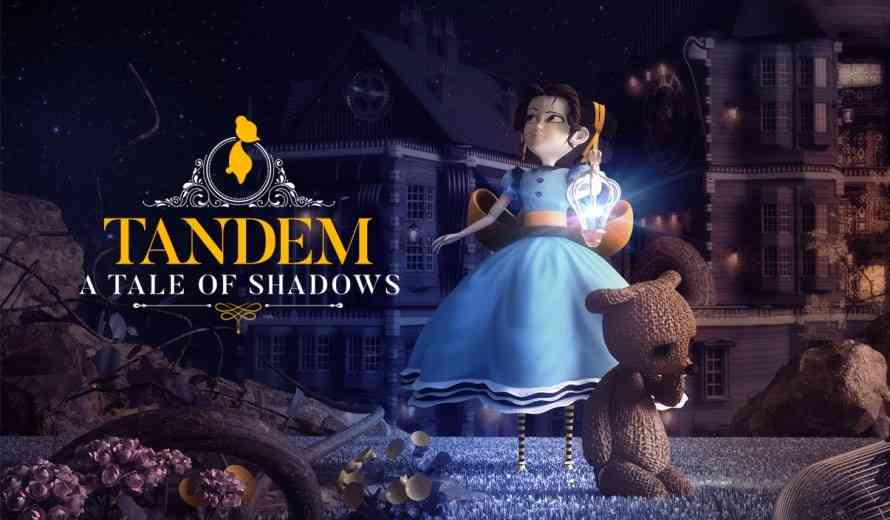