Ender Lilies: Quietus of the Knights Review – Masterful and Melancholic

Ender Lilies: Quietus of the Knights has been described as a “Soulslike” game, a Metroidvania game, and an action platformer heavy on atmosphere and light on complex combat. Those things are all sort of true, but they fail to capture the essence of what makes Ender Lilies memorable. Coupled with its melancholic art style, poignant music, and dark, foreboding aesthetic, Ender Lilies’ combat is unique in the genre but might also be the weakest link in an otherwise exceptional experience.

Ender Lilies is a 2D side-scrolling action game set in a kingdom called Land’s End, now fallen into disrepair thanks to a supernatural curse called the Blight, which has turned its citizens into monsters. You play as Lily, a young White Princess tasked with (surprise!) ridding the kingdom of Blight and purifying a number of powerful characters who begin as boss encounters, then turn into guardian spirits after being freed of the Blight by Lily. Very much in the tradition of Dark Souls and its kin, Ender Lilies’ narrative is pieced together via boss and NPC dialogue, items along the way, and of course paying close attention to the beautiful environments. 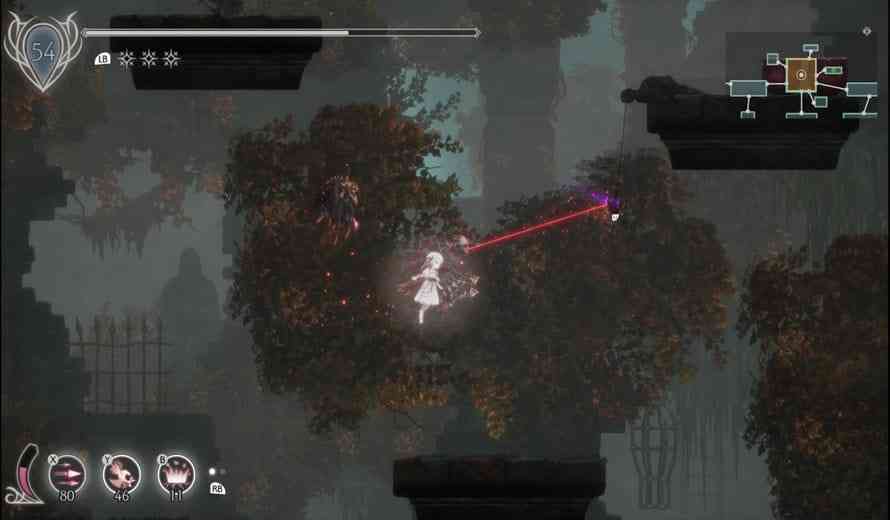 Lily does not engage in combat directly. Although she can jump, roll and dodge, actual combat is performed by Lily’s guardian spirit allies, each with a specific set of abilities and weapons. The first and most consistently useful spirit is the Umbral Knight, who has a quick slash attack and whose moves are not on a cooldown timer. As Lily encounters and defeats bosses and mini-bosses, she begins to grow a load out of useful spirits that help her both in combat and exploring the environment, which is full of secret areas, optional bosses and revelations that help clarify the intentionally opaque narrative. Along the way, Lily finds resources, shards, relics, and other items that can strengthen both the guardians and give her added health or healing.

Of course, take away the mechanic of spirit combat and you have the core of a pretty standard-issue action RPG, with a variety of weapons and moves as in any game in the action-RPG genre. The combat-by-proxy works well in the narrative context, it looks cool and in some ways simplifies and focuses the combat even more on precise timing, dodging, and patient attacks but it also introduces just enough lag to make some encounters annoying. The little pause between a guardian attack animation and Lily’s own subsequent movements never really clicked for me and sometimes felt like an unnecessary contrivance, as I wished Lily could just fight directly.

The game’s nine main bosses and many mini-bosses and other enemies are varied and interesting to fight, and though most of the early bosses start with pretty easy-to-read moves, the encounters grow exponentially more challenging. Like many Soulslike games, combat in Ender Lilies remains focused on defense, dodging and finding just a right window to strike, and it similarly punishes impatience and an over-anxious, aggressive style. Happily, there is no real penalty to death, and save points are relatively common. I am happy the developer resisted the urge to make Ender Lilies a roguelike.

A Masterclass in Artistic Design

There is no shortage of games in this genre, but I can say with confidence you haven’t seen a 2D action game this hauntingly beautiful in a very long time. The gothic environments are incredibly artistic, detailed and create the feeling of a once thriving world under the shadow of something destructive and evil. From the dust motes floating in the light from a stained glass window to the excellent rain and weather, the lighting and visual effects are understated but effective. Lily herself is a ray of hope in an otherwise grim and very dark world.

Special mention must be made of the spare but evocative score by  MiliKeiichi Sugiyama. Primarily focused on piano and strings, the music is carefully used and rarely departs from its melancholic tone, even during boss fights, and I had often flashbacks of fighting Gwyn in Dark Souls, with the tender piano track playing underneath. Ender Lilies sound design is generally excellent but rarely draws attention to itself. 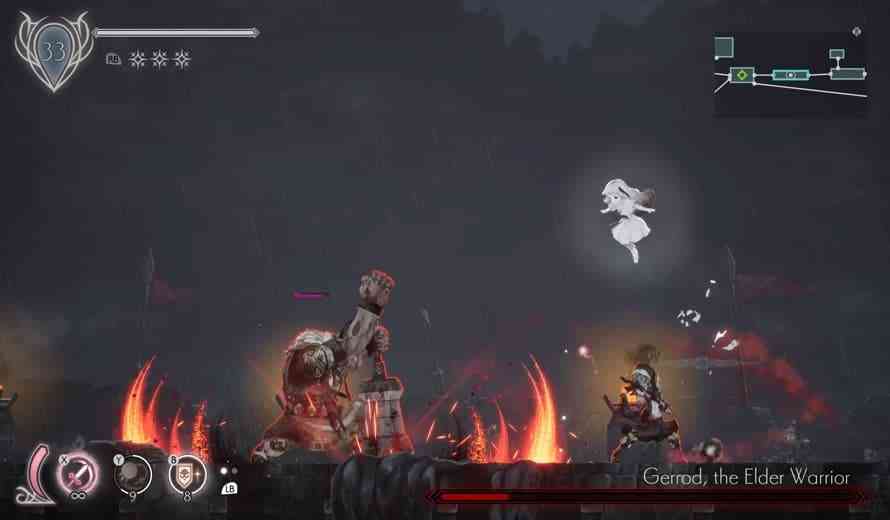 Ender Lilies: Quietus of the Knights has been in early access on Steam for quite some time, where it has garnered significant praise, and rightly so. Now coming to consoles and in full release on PC, any fan of games like Hollow Knight, Bloodstained: Ritual of the Night or the Dark Souls franchise will enjoy Ender Lilies for its incredible art, mysterious story and action combat. Although it can be a little frustrating, Ender Lilies combat-by-proxy is an interesting and generally successful twist on familiar action mechanics, and the game hits the sweet spot between challenge and accessibility most of the time.

Hooded Horse’s Fata Deum Has Been Delayed Into 2023
Next Disgaea 6: Defiance of Destiny Review – Heartfelt, Hilarious & Packed With Content
Previous Strange Brigade (Switch) Review – Push It To The Limit