Arc System Works is regarded as one of the best developers in the fighting genre. Not only have they refined and developed an unmistakable aesthetic, but they have also managed to craft unique experiences in a range of franchises. From Persona to Dragon Ball, the renowned team has successfully interpreted prestigious series into incredible combat-focused titles. With Dungeon Fighter Online next in line for the treatment, will DNF Duel be another perfect strike?

Fighters can be inaccessible to those who aren’t familiar with the genre. The stacked mechanics and complicated button combinations can often act as a blockade to many. Arc System Works manages to obliterate this barrier, as DNF Duel is easy to pick up and play. Combos are straightforward and you will be able to perform some impressive feats almost instantly. However, there are many nuances that add layers of complexity to the combat. This means that there is plenty for veterans of the genre to get to grips with to master the art.

Apart from the basic maneuvers such as an attack, block and dodge, you can also use magic. This is a regenerative ability that is the key to success. Particular strikes will use a portion of this, so you will need to consider which moves you do and not spam. If you exhaust your MP, then you will be left in a vulnerable state. Although, if you build this up, you can unleash an anime-inspired super attack. To further reap the benefits of MP, players may choose to employ the conversion mechanic, which allows them to sacrifice health for a quick boost. This adds an additional layer of strategy to fights as you will constantly weigh up options to overcome your opponent.

Another innovation is how DNF Duel uses health. Simple but effective, colors signify the type of damage. If the attack produces a white reduction on your bar, this is recoverable over time, however, red damage means that you have permanently lost that portion of health. Due to this, you will find yourself prioritizing certain attacks and setting up sequences to inflict the most damage. To add to the drama of fights, you can activate a devastating ‘Awakening’ attack when dwelling within your last slither of health. This can dramatically change events and gives another tactic to stay in the fight. 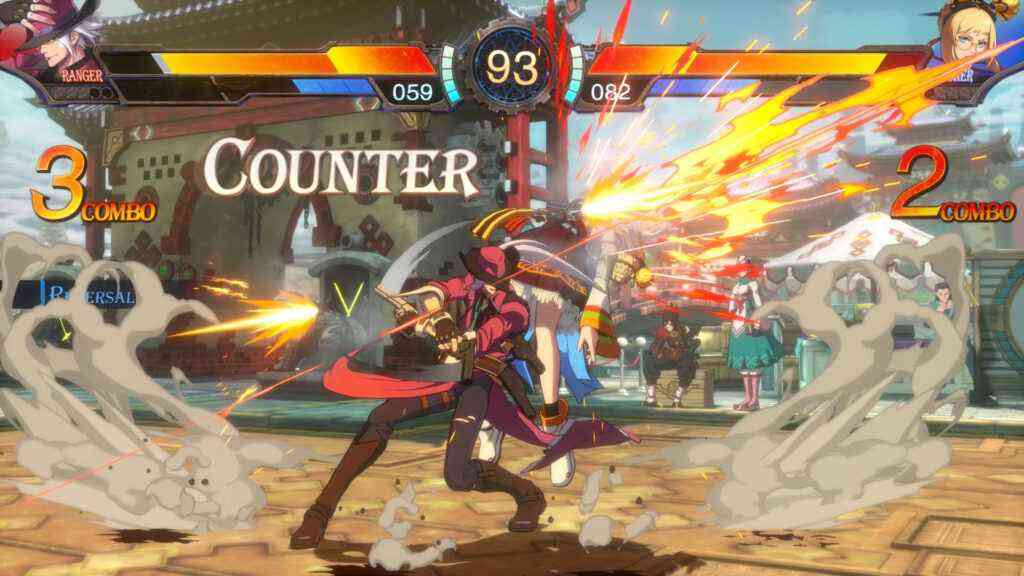 Although the player base for Dungeon Fighter Online has dwindled in the west, it still remains hugely popular in the east. Due to this, you may either be massively familiar with its roster or have never even seen any of the characters previously. Either way, Arc System Works manages to translate them exquisitely to create an authentic experience that perfectly sits within the franchise. Each personality is unique, with a build that emphasizes particular abilities and styles of play. Characters have clear strengths which allow you to approach combat in a particular manner. This means that whether you prefer rush down, range, or zonal tactics, you are sure to find someone that suits your needs.

Each member of the roster has a sizable story segment that builds their character. Animated sequences and standard stills with dialogue are used to tell a typical and overly complex narrative. In addition to this is the staple of the genre: Arcade mode, in which you fight eight adversaries. There’s also a survival mode that pits you against a number of opponents with only one health bar. While this offers plenty of single-player content, these modes lack the ambition of some of their peers. 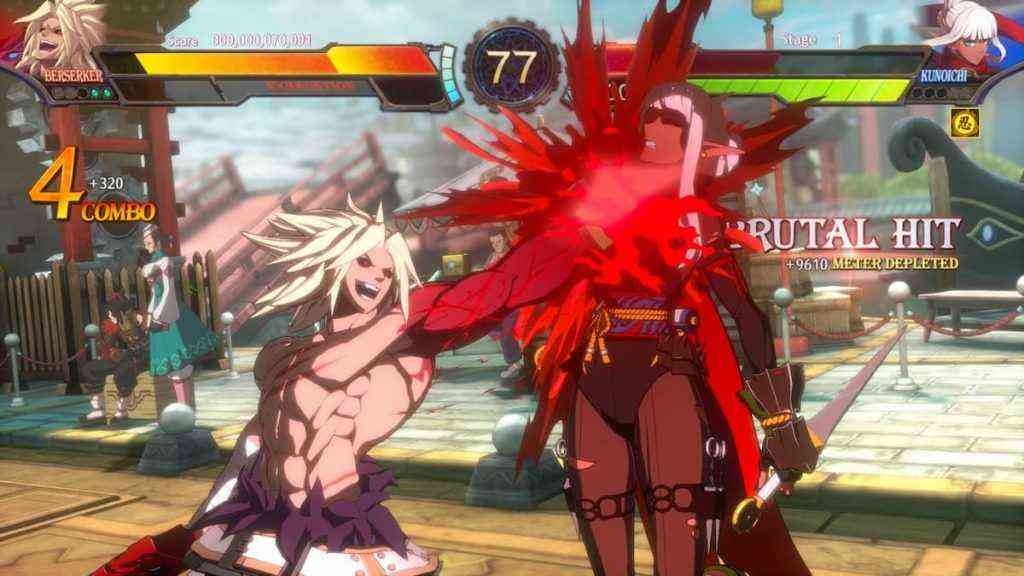 Multiplayer is where the genre comes to life. While local options are important, it’s the online element that is vital to a fighter’s success. To that end, multiple Betas were held in order to ensure the game’s stability on launch. Each match is a smooth and reliable experience with no notable input lag. Online modes are conventional with ranked, free play, and some customizable options to personalize your profile. As well as this, there is a replay library so you can analyze or marvel over your performance from previous matches.

Style oozes throughout DNF Duel. Arc System Works manages to add a luscious cinematic flair to fights through its use of camera angles. This makes each fight an absolute thrill as attacks smash from the second to the third dimension. Minor details litter each asset. The stunning animation amplifies character quirks and environments are doused with personality, all of which make for a truly extraordinary experience. Backing fights is the guitar-heavy soundtrack which is sure to get your blood pumping. Steve Vai-esque solos lead the charge and are the perfect accompaniment for the flamboyant action that fills the screen. 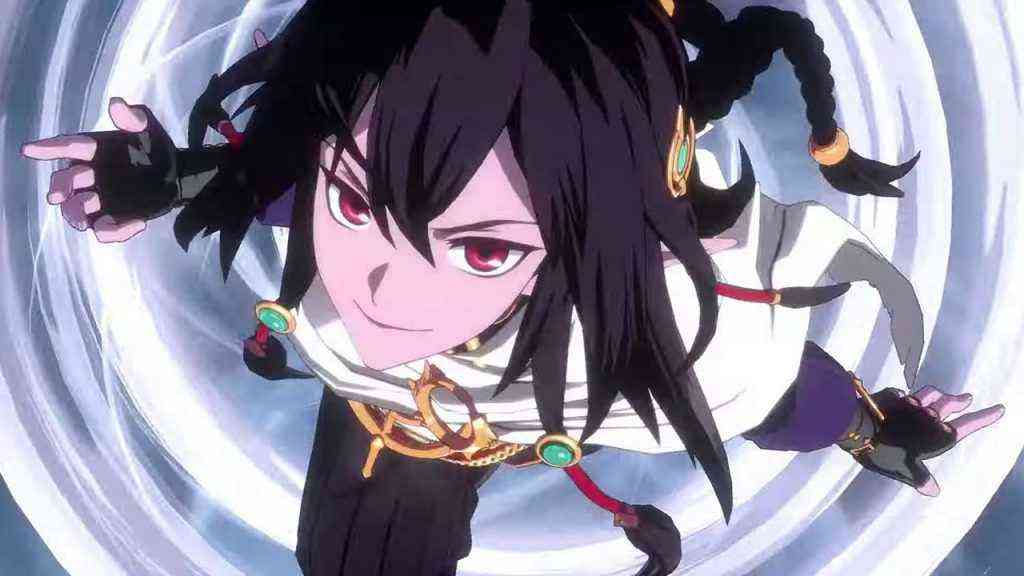 DNF Duel is incredible. Arc System Works has struck the perfect balance: the game is accessible for newcomers, yet includes enough complexity for veterans. On the battlefield, the game offers new ideas that will make you strategize and continually plan ahead. While there is a lot of single-player content, it treads familiar ground and is a little underwhelming. However, with its solid netcode, stunning aesthetic and deceptively deep mechanics, DNF Duel hits the sweet spot. 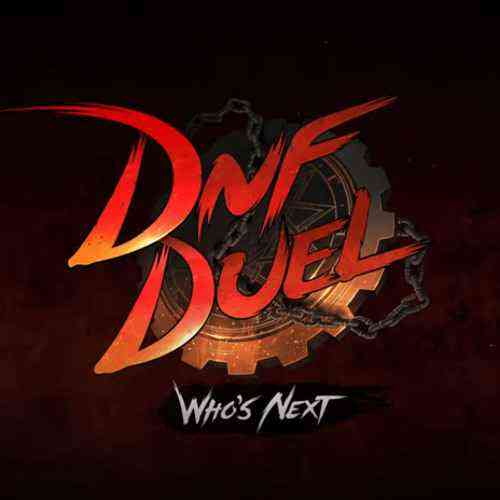