Every videogame genre has its niche variants. Anti-gravity arcade racers have appeared at regular intervals. They transpose traditional automotive mechanics to a world of speed unencumbered by real-world physics. I always think of the Star Wars-inspired pod racer games. Really, though, high speed racers like WipEout are the inspiration behind Redout and now, its sequel, Redout 2.

All racing games, either futuristic or grounded in reality, need to get three things right. The tracks, the “cars,” and the sense of dangerous velocity make or break the experience. In lots of ways, games like Redout 2 have it easier. No one is checking to see if the sparkplug wires are in the correct configuration. No fan is complaining on Reddit that the third corner of the Laguna Seca raceway is off by 3 degrees. You probably haven’t checked the accuracy of that track at the bottom of the Mariana Trench.

Redout 2’s track design is probably the highlight of the game. The courses twist, turn and loop back on themselves and feel something like a mega-coaster crossed with the world’s most elaborate Hot Wheels layout. The tracks are set in a variety of futuristic sci-fi and natural world environments filled with detail, lights and color. The tracks are visually arresting and interesting to look at. They also come with a bit of backstory, giving them context, if not anything close to a narrative. There are underwater tracks, moon tracks and even galactic black hole tracks.

All that visual splendor aside, the transparent nature of the track surface can make them difficult to read at high speed. It can be especially hard to anticipate upcoming turns or changes in elevation. Most of the courses are relatively compact, however. It isn’t too hard to memorize their layouts.

Vehicle design is pretty standard for these kinds of games. The sleek racers can be upgraded and outfitted with better propulsion or control surfaces. Some of these gear changes have a major negative impact on control. Others give the pilot a clear edge. Redout 2 doesn’t feature vehicular combat. You won’t be outfitting your racer with missile launchers and machine guns. Just as well. Combat at Redout 2’s speed would be difficult.

Redout 2 does a good job with track design but things get less positive when it comes to actually racing. Maybe the most consistently difficult aspect of control is having to use both thumbsticks to turn. The left stick handles the basic direction. The right stick controls strafing and pitch, which helps follow the curve of the track. Changes in track direction up or down can also be mirrored by tilting the nose of the vehicle in advance. Again, the difficulty of reading the tracks well in anticipation of a change makes this a frustrating mechanic.

Most arcade racers have some sort of power-up system. So does Redout 2, but with a twist. Those powerups come at a price, overheating the engine to the point of melting down and ending the race. So, do you juice the engine and risk an explosion or play it safe and end up at the back of the pack?

Redout 2’s brief tutorial does a pretty terrible job of explaining much of anything. Although there’s a general difficulty slider, there isn’t any granularity when it comes to making adjustments. You can’t, for example, turn on any assists or make braking more forgiving. The overall result is that Redout 2 is punishingly difficult. It’s like the Dark Souls of anti-gravity racers.

Postcards From the Edge

Aside from the track descriptions, Redout 2 doesn’t have a story, characters or through-line, making the game a bit abstract. We’ve been spoiled by racers like Formula 1, where the races are given context and the racers have personality. The game’s AI is super aggressive and hellbent on knocking the player out of the race. Racing against other humans mitigates at least some of this problem.

If ever there was a mixed bag, Redout 2 is it. When you’re going slow enough to take in the sights, those sights are gorgeous, if a little cluttered and hard to parse. Most of the time, though, you’ll be speeding through levels absurdly fast. You’ll also be crashing into walls and flying off the track, too, because the controls demand absolute precision. There are a lot of absent features on our wish list, like an actual story, better tutorials and a real learning curve. On a continuum from fun to frustration, Redout 2 sometimes edges uncomfortably close to the latter. 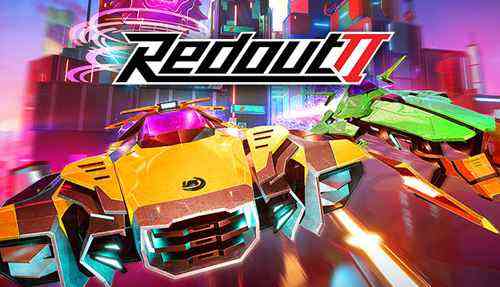