Redout is a high-speed, anti-gravity racer that was initially released back in 2016 with a Nintendo Switch port announced to be released for 2017. Whatever the delay may have been, the game has finally landed into our hands in 2019 and has given us the promise of a fast and enjoyable racer. Although I do think the game and races were fun and I was entertained overall, some of its visual complications could not be easily overlooked. Despite its shortcomings, there are many redeeming factors in Redout which helps even out its flaws.

For starters, Redout offers a number of different modes to participate in. There is Career Mode, Quick Race, and Online Mode. Career Mode is where you can become the best Redout racer, with many events to participate in and ships and power-ups to unlock. Quick Race is where you can race against an AI to practice your moves, and Online Mode is a place to race against other players instead of AI. With three different difficulty settings to choose from, first-time players can begin with “Rookie”, or if they are confident, they can start with the normal difficulty level of “Redout”. And for those who are looking for a challenge, there is the “Veteran” mode.

Be a Careful Speedster

Part of the challenge in Redout, regardless of the difficulty level, is trying to keep crashing into track walls to a minimum. Hitting and even scraping against the walls unfortunately causes damage to your ship, and if you damage your ship badly enough it will explode. Luckily, the race doesn’t end and the ship will materialize back, but unluckily you lose time in your race during its respawn. The ship also automatically regenerates health slowly, so not all hope is lost when you make your first scratch. While control and handling can be a little frustrating at first, with each event you complete you will gain money and experience points. With these rewards, you can then buy power-ups and upgrades for your ship that can make it faster, stronger, and easier to control. This also shows how fast the ship can actually go – so fast that there is a chance you cannot even anticipate or prepare your next move! 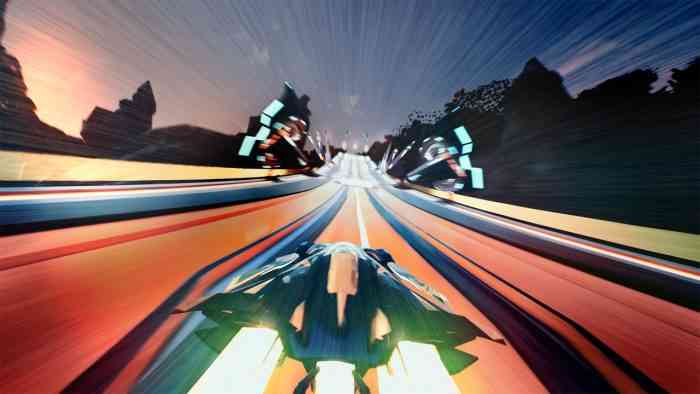 There are many different types of races that you can participate in which involve either beating the clock, winning against opponents, or a mixture of similar challenges. To name a select few, some of the races available include Time Attack, Pure Time Attack, regular racing, Pure Race, and Arena Race. Time Attack is where you have to race against the clock and your only opponent is time, and a variation of this is Pure Time Attack. Pure Time Attack bans the usage of power-ups and relies on your ship’s capabilities and the player’s controls. Regular Racing is where you try to place the top against other ships, and other variations of this include Pure Race – which disallows power-ups, and Arena Race – where your ship cannot respawn. There are other races that Redout offers that allows a track to be replayed multiple times with different objectives, making the most use out of its design and also gives the players a chance to train with a variety of goals. This can be a good or bad thing – good because it gives the same track a different challenge, but bad because it lacks in variety of track designs.

One of Redout’s appeals is how fast it can go and how exhilarating the flying experience can be. Like with most racers, the controls are fairly straightforward and easy to learn. You also gain extra control through strafing, which allows you to angle your ship as you fly it, and pitching, which helps your ship tilt upwards or downwards. Utilizing and mastering this makes it easier to turn and fly away from track walls, avoid scraping against uneven ground, and to prevent redouts. Of course, there is also Turbo, which recharges over time and can give you a significant boost when falling behind. This can be especially fun when boosting yourself for a long jump, as you can beat your previous jump record and also puts you far in advance in a race. However, be careful using these controls when mid-air, as landing off-course will cause your ship to explode. 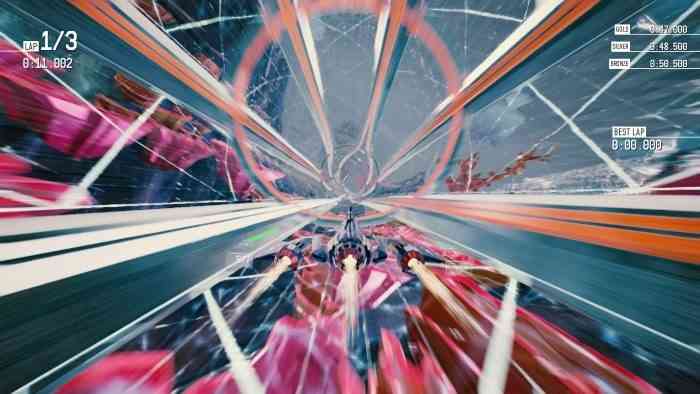 Since this game relies on the visual experience of flying fast, it is unfortunate that its graphics may not be something to boast about. There seems to be a drop in quality during parts of the races, and this is especially true the faster you go – the resolution noticeably drops and is like watching a movie online and suddenly you are hit with bad internet connection. As this was played on the Nintendo Switch, it was only natural to play the game undocked as well. Sadly, it only seemed grainier on the handheld, which was quite disappointing because the game was all about racing anti-gravity ships at phenomenal speeds. On the bright side, the gameplay and its contents were still enjoyable, and the noticeable drops in resolution do not happen throughout the entire game. If you are looking more for entertainment and not so much for high resolution graphics, then you will have minimal complaints about Redout.

With questionable graphics interrupting the gameplay every now and then, the visuals may become the game’s undoing for players looking for a high-resolution racer. Fortunately, Redout offers a lot of different modes of play and numerous challenges to keep one entertained, so much so that some of the dips in visuals can be partially forgiven if you are willing to accept it. While it may not be consistent eye candy especially when playing undocked, its contents, gameplay, and attainable goals make it an easy game to pick up if you’re looking for something insanely fast, fun, and entertaining. 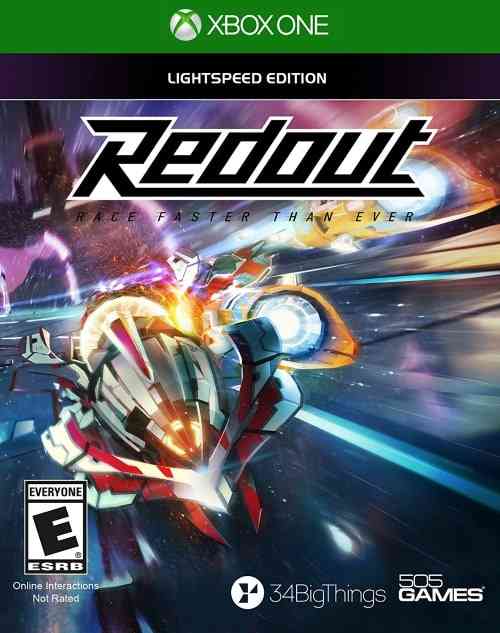 
Control Ultimate Edition Comes to the Switch via Cloud Gaming