It’s been over a decade since the last Desperados game, but now the real-time tactic franchise is back with Desperados III, a prequel to the series original game, Desperados: Wanted Dead or Alive. Fans of the original games will be treated with challenging gameplay, significantly updated visuals and a solid Wild West story. Desperados III takes us back to the origins of franchise hero, John Cooper, as we witness how he becomes a deadly gunslinger on his quest for revenge.

Desperados III is a tale as old as time following a young gunslinger, John Cooper, on his quest for vengeance. His target; the man responsible for the death of his father – and he’s taking down every other fool who stands in his path. Along the way, his once solo mission will evolve as others join him as he takes on the malevolent DeVitt Company. Joining Cooper is Doc McCoy, a healer who’s deadly from a distance, Kate O’Hara, a beauty who will charm her way to whatever she wants, Hector Mendoza, a brute of a man with his beautiful beartrap Bianca, and Isabelle Moreau, a voodoo priestess who can manipulate the minds of men to do her bidding. This gang of misfits will do whatever it takes to accomplish their mission. 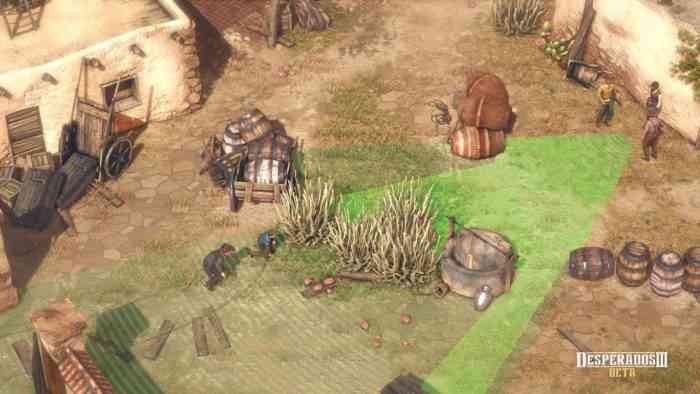 Desperados III is a real-time tactics game. Depending on the mission, you’ll control up to five different characters, each with a specific set of skills and abilities. You’ll need to assess your surrounding constantly and determine which skill would be best used at any given time. While the game suggests you could take a guns-blazing approach, I found a stealthy approach was much more enjoyable. It was always such a satisfying feeling lurking in the shadows and picking off my prey one enemy at a time. Of course, there were occasions when a more aggressive approach was required and that’s where the handy Showdown mode comes in handy. Showdown will freeze time and let you plot out your attack, so you can use more than one character simultaneously – particularly useful if you have two or more enemies keeping a watchful eye on each other and you need to pick them all off in one fell swoop.

Levels have been meticulously designed to force you to constantly re-evaluate your plan. Your enemies come in a number of varieties; gunmen and gunwomen will fall for most tricks, like Doc Mccoy’s decoy bag. However, more clever enemies like Ponchos will be a lot more difficult to distract. Kate O’Hara’s can use her flirty ways to distract most enemies, however, this will only work on the men, women won’t buy into her charms, and neither will the brutal Long Coats. Long Coats are the most powerful enemy you’ll encounter and you’ll need your team to work in unison to take one down – well, unless you’ve got Hector Mendoza, he’s strong enough to take any enemy down. With a couple of exceptions, most levels will take at least an hour to complete. Some took me over 2 hours.

Trust this – you will fail often. Thankfully, the game allows you to save at any time. In fact, on the PlayStation 4 controller, the large touchpad is designated as a quick save – which makes saving the game fast and easy. On top of that, the game will prompt you to save every minute. You can disable this save prompt or change the amount of time that passes before the prompt – I opted for 2 minutes prompts. Desperados III is by no means easy. Of the four difficulties, I opted for “normal” on my first playthrough, and it was still tough as nails – sometimes causing great frustration. I would walk away from the game, but then find myself contemplating other possible solutions until I’m drawn back into the game – this speaks volumes to the allure of Desperados III. 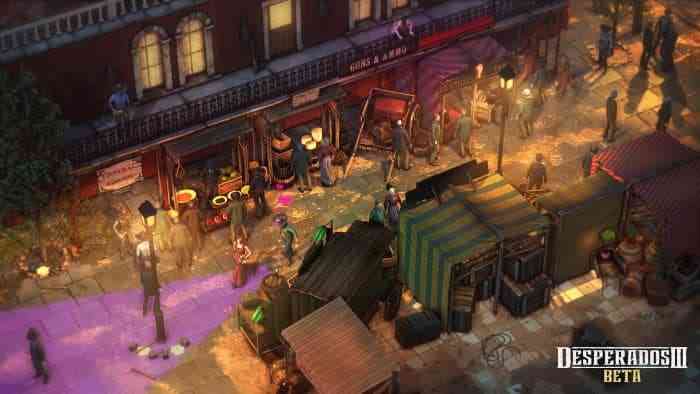 The Good, The Bad, and the Ugly

Each level features a unique look and feel that could have been ripped out of a classic western film. From the busy streets of New Orleans to the shorelines of the Mississippi, Desperados III will take you on Wild West tour. Details in the environments are spectacular and sometimes even functional; your characters will leave noticeable footprints in muddy areas. The entire game is presented through a birds-eye view perspective – even during in-game cutscenes where the characters are plotting the mission. There is a lot of dialogue in the game and the voice-acting is top-notch, especially the five protagonists. One really neat feature unique to the PlayStation 4 is that the light bar’s colour will change depending on which of the five protagonists is being controlled or speaking. The soundtrack for Desperados III is an impressive accomplishment featuring unique tracks for each mission. You can tell that great care was taken in ensuring the music matched the tone of the level. One level features are heroes all waking up with brutal hangovers; the laidback, woozy music only helped embellish that fact. The biggest issue I had with Desperados III was the controls which sometimes felt like I was awkwardly juggling. The camera controls were the most frustrating – particularly when moving or selecting a character and realizing I forgot to centre my camera on them. Even 20+ hours into the game, I still found myself sometimes fighting with the controls.

Desperados III is a brilliant real-time tactical game. The amount of detail that went into it is immediately clearly apparent. While it can be frustratingly punishing at times, with the right amount of patience and practice, the challenges can be overcome. The sheer amount of replayability included in Desperados III is really impressive. Upon completing a level, you’ll see a whole bunch of optional objectives and challenges that you could tackle upon a second playthrough. Though, looking at some of those speedrun times, I can’t imagine I would ever get to that skill level! I had some issues with the controls and sometimes had to fight with the camera to get a good view, but these are only minor grievances. While the style of the game might not be for everyone, for those that enjoy this genre, they’ll be in for an absolute treat. Desperados III is an outstanding accomplishment and should not be missed. 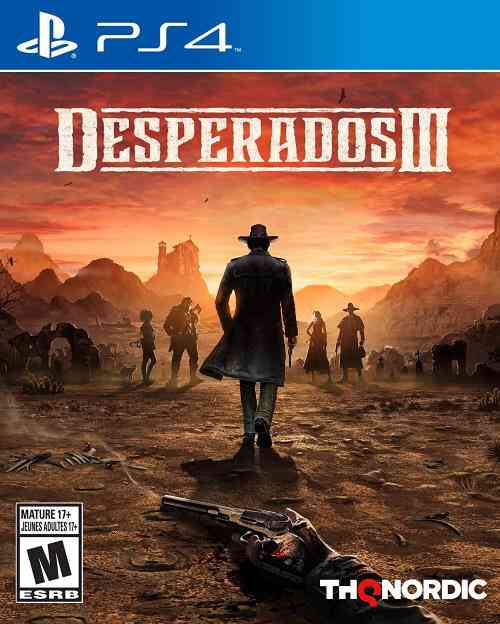