Nintendo Switch owners are getting yet another port. Introducing Deponia, a beloved point-and-click adventure that PC gamers have been enjoying for almost a decade. Featuring a fully voiced cast of wacky characters, beautifully hand-drawn visuals, and challenging puzzles. If you’re itching for a humorous journey that’ll make you think – Deponia might be for you.

In Deponia, you’ll assume the role of Rufus, a smart-ass inventor with his life-long dream of leaving his junkyard home of Deponia to reach the floating city of Elysium. However, his journey takes quite the turn when he comes across a beautiful woman named Goal. And wouldn’t you know it – she’s married – so that complicates things a bit. But Rufus is our determined protagonist that will stop at nothing to get what he wants. Along the way, Rufus will interact with many other citizens of Deponia, such as the bartender Lonzo, his best friend Wenzel, and his ex-girlfriend Toni. It’ll take some smooth talking and clever inventions to get our hero what he wants. 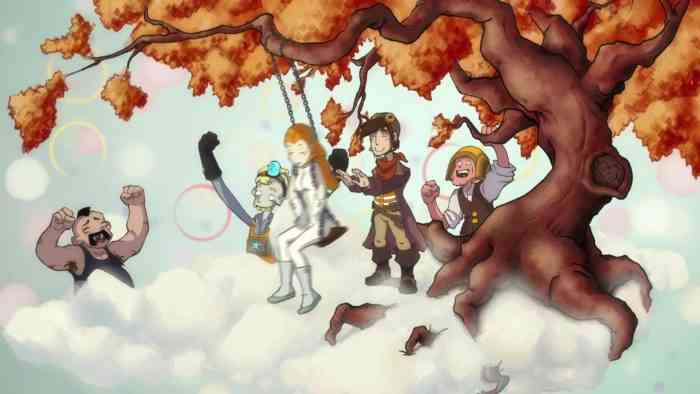 Deponia is a point-and-click style game, much like the classic games Maniac Mansion, Kings Quest, and my personal favourite, Full Throttle. However, without any real pointy or clicky style inputs on the Nintendo Switch, the game has adopted a control scheme fit for the controller. Even playing the game in handheld, you’re still restricted to controlling the game with the controllers – there is no touchscreen option available. You’ll travel from screen to screen seeking out items in order to solve the games various puzzles. One early puzzle requires you collecting a bunch of notes from your roommate, a pot (that you’ll need to fill with water), a blow torch, and three socks – all with the goal of creating one pair of matching socks. In addition, some items will need to be combined within your inventory screen, adding an extra layer of complexity to the game. The game offers some subtle hints – such as conversations with other characters, but don’t be surprised if you get stumped and start looking to Google for help.

A Junkyard Never Looked So Good

The game’s visuals are beautifully hand-drawn – giving an almost comic book look that is very pleasing to see. Each area is just filled with all sorts of fun details, which could be quite overwhelming for a game of this nature. Fortunately, Deponia offers a special hint system, with the press of a button, that shows which items on screen are interactive. The music in the game is generally quite good – though I did find some of the tracks wore on me simply due to hearing them so damn much while trying to solve a puzzle. All the games characters are voiced, with mostly great results. However, I did notice that the voice of the character Bailiff Argus was oddly distorted and sounded very annoying – I have to believe it is simply a bug that hopefully, an update will squash. 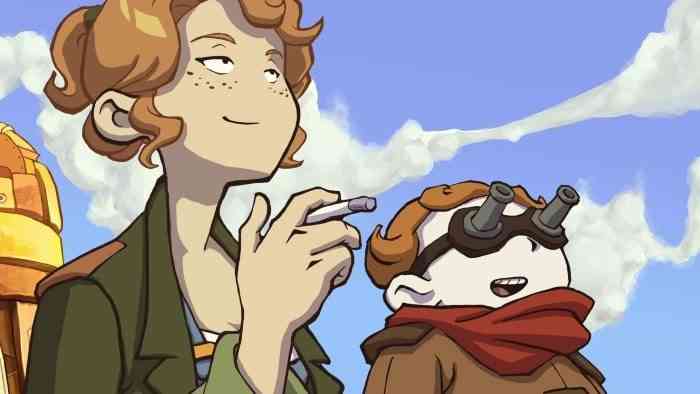 Before I offer my closing comments, I need to step on my soap-box for a moment. While generally when we review games, we avoid discussing the actual pricing of the product. However, for the Nintendo Switch version of Deponia, I felt it was necessary. The Deponia series features four games in total and this year, all four titles will be available for $19.99 each on PlayStation 4 and Xbox One. In addition, you’ll be able to purchase the four-game “Deponia Collection” for $39.99 on PlayStation 4 and Xbox One. However, for Nintendo Switch users, you’ll have to fork over $39.99 for just the first Deponia game! That’s right, no collection for Switch owners and who knows how much they’ll price the other three games when they finally arrive. For gamers that only own the Nintendo Switch and are eager for a point-and-click adventure, maybe forking over $39.99 for the one game is worth it. For me, knowing that I’m paying $20 more just because I want to play it on the Nintendo Switch is a massive disappointment.

Deponia is a pretty good point-and-click adventure. It’s definitely heavily focused on being a more humorous take on the genre, and while I smiled at a few of the jokes, I rarely found anything overly funny – but humor is subjective, so maybe it was just me. I enjoyed the visuals and appreciated the games audio – save for a few minor issues I mentioned earlier. The game seemed to work well on the Nintendo Switch, but I did encounter a bug where I wasn’t able to leave an in-game conversation with another character and had to exit the game completely – it only happened once though. It’s also worth noting that this is the only version of the game that doesn’t feature any sort of Achievements/Trophies – and while the Nintendo Switch doesn’t have an Achievement system, per se, the developers could have offered their own in-game Achievements to add a bit more replay incentive. The pricing for Deponia on Nintendo Switch is a huge head-scratcher, and I can’t understand why there would be such a discrepancy. Had I not reviewed this version, there is no way I would have paid the extra $20 for it. If you’re looking for a fun adventure, Deponia might just be the ticket – but I would recommend saving your money for the Deponia Collection and buy it for your PlayStation 4 or Xbox One instead.