What do you get when you combine Dead Rising 1 with Dead Rising 3? (let me just check my calculator…) The answer is Dead Rising 4. No, this wasn’t just some simple math problem, this is how I believe Capcom Vancouver approached this latest Dead Rising game. They took the protagonist and location from the first Dead Rising, the open world structure of the third Dead Rising, and churned out Frank West’s latest zombie-filled adventure in the town of Willamette, Colorado. It’s an excellent combination and provides one hell of a fun game!

The year is 2021 and the zombie outbreak is over; all the citizens have been inoculated with the cure to prevent a new uprising of the undead. But, when our hero, Frank West, and his journalism student, Vick Chu, discover an army base on the outskirts of Willamette, Colorado experimenting on zombies – a new threat is revealed! Flash forward a few months later, Christmas time, and Willamette has once again been over-run by zombies. To make matters worse, the US government is covering it up. ZDC Agent, Brad Park (who you may remember from Dead Rising 3), works with Frank West to uncover this new zombie conspiracy and work to contain the outbreak. Along the way, Frank West will work with, and against, different factions within Willamette.

“The violence and gore is still there in full force, and some of Frank’s zombie kills are just brutal.”

Dead Rising 4 brings back many great elements from previous Dead Rising games. You’ll be able to find blue prints to craft crazy, new weapons and vehicles to unleash against the hordes of zombies. For most of the game, you’ll have access to the entire town of Willamette to save citizens and find collectibles. Dead Rising 4 has dropped the timer (good riddance!), so you’ll be able to take your time and explore. The biggest addition to Dead Rising is the inclusion of Exo Suits, which enhance Frank’s abilities and gives him access to more powerful weapons. Generally, these Exo Suits have a limit to use (they have a battery that will drain), but eventually you’ll get access to them for lengthier periods of time. Dead Rising 4 doesn’t deviate much from the mission objectives you’ve had in previous Dead Rising games, but on occasion, you’ll be asked to preform an “investigation” where you’ll use your camera to look around a confined area to discover clues. These investigations are hardly challenging at all, but serve to break up the action and give the player some new story information in a different kind of way. As you complete missions, kill zombies and complete “trials” (ie: kill 50 evolved zombies), you’ll be given tokens that you can use to unlock new abilities. There are a bunch of different abilities to unlock, and it’s nice to be able to customize Frank in a way that suits my play-style. 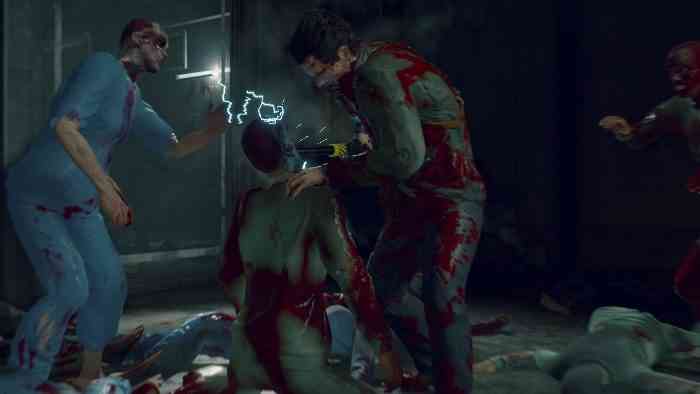 Dead Rising 4 has controls a bit different from previous games; specifically regarding offense. Frank can carry four types of items and the amount of each item type depends on what abilities you’ve unlocked. Each item type is assigned to a button on the controller and you’ll use the d-pad to change which item you’re using. For example, if you have two melee weapons, you’ll press X to attack or press “up” on the d-pad to switch your melee weapon. The benefit of the system is that you have instant access to a throw-able weapon, a melee weapon and a firing weapon all at the same time. Additionally, pressing “down” on the d-pad uses one of your consumable food/health items to heal.

You’ll face an assortment of different enemies in Dead Rising 4. The traditional zombie will shamble around, attracted by noise and attack you when you’re in proximity. The new “evolved zombies” are far more aggressive and have some substantial evasive moves. Returning to Dead Rising 4 are Maniacs – which are over-powered characters that each have their own mini story. On two occasions, the Maniacs held hostages, which you would assume would run away, or at least acknowledge being saved, once the Maniac (and his goons) were defeated. However, on both occasions, the hostages continued to just stand in place, screaming for help. Clearly that wasn’t the intent of the game, just a frustrating glitch. It’s worth noting that Dead Rising 4 actually has quite a few glitches. Oftentimes they’re just funny to witness, but some of them will force you to restart a checkpoint. During Case 0, you’ll be tasked with luring and incinerating a zombie. If you walk to close to the incinerator room door, the zombie may actually run through the locked door – if this happens, you’ll have to reload your checkpoint.

“Ready for the biggest disappointment of all? The main campaign does NOT feature a co-op option!”

Ready for the biggest disappointment of all? The main campaign does NOT feature a co-op option! Dead Rising 2 and 3 did, Dead Rising 4, does not. For some reason, Capcom Vancouver decided to remove such an integral part of the Dead Rising experience. In it’s place, is a separate co-op mode with it’s own campaign where you’ll play as one of four survivors, who work for a character named Hammond (who plays a role in the single player campaign). With up to three people online, you’ll re-visit the same places as the single player campaign and complete standard Dead Rising mission objectives. You’ll be able to level-up your multiplayer character, and unlock abilities too. While I’m glad they included this separate co-op campaign – it still doesn’t make up for the sting of losing co-op in the main campaign.

The graphics haven’t received a substantial upgrade over Dead Rising 3, but considering how good Dead Rising 3 looks, that’s okay. The town of Willamette is filled with a whole assortment of different areas and buildings; from construction areas, to parks, to gated communities. Capcom Vancouver has included a ton of Capcom references, such as (unplayable) arcade cabinets, costumes and all sorts of neat swag and decorations. The violence and gore is still there in full force, and some of Frank’s zombie kills are just brutal. Dead Rising 4 introduces weapons that freeze zombies in their tracks, such as the Ice Sword and the combination of the Exo Suit with the slush machine. The freezing visual effect looks, well… cool! 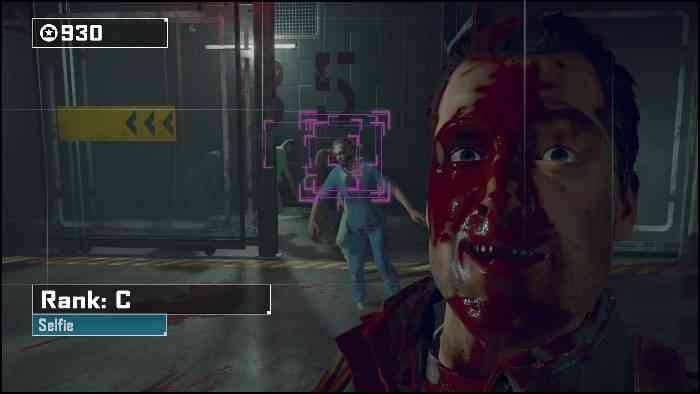 Frank West is back, but his original voice actor is not. While some fans were disappointed with this choice, let me assure you that the new Frank sounds just fine and is as funny as ever. Think Bruce Campbell as Ash (Evil Dead) meets Bruce Willis as John McClane (Die Hard) – at times, Frank is really that good.

Dead Rising 4 took everything that was great about Dead Rising 3, removed the timer, and brought back the franchises most prominent protagonist in a big way. The game isn’t without it’s faults. You’re more than likely going to encounter the occasional glitch, some of which may require reloading a previous checkpoint. The lack of co-op in the main campaign is a huge disappointment, but the separate co-op campaign is an okay compromise (but why not include co-op in both modes?!). Dead Rising 4 is an absolute must for fans of Dead Rising, but if you’ve never played a Dead Rising game before, I would strongly suggest playing the first three Dead Rising games before, otherwise the story might be lost on you. Overall, I had an absolute blast, and with the Christmas backdrop, Dead Rising 4 might become my go-to game to get me in the holiday spirit for years to come – much like it isn’t Christmas until Hans Gruber falls off Nakatomi Plaza. 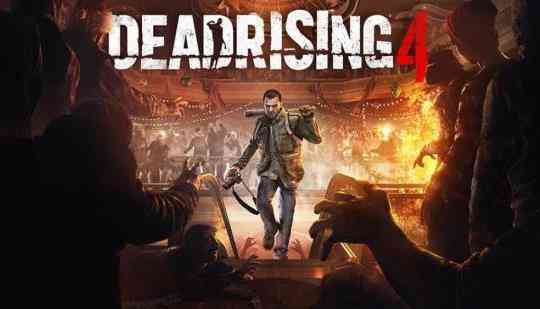