Dead by Daylight Review – Follow us into the Basement…

When I was just a young boy I used to sneak out of bed at night to watch scary movies. It didn’t matter what was on. If it was terrifying or gruesome or creepy my eyes were glued to the screen. That devious little practice of mine completely informed who I would become, and the types of media I would love when I grew up. Basically, I want to be scared, and I want to scare people. Left 4 Dead was the first game I can remember charting those unknown (but delicious) territories at the same time; being able to play as the elusive monsters, dipping in and out of the shadows, was a revolutionary concept. Now, Dead by Daylight promises something even more tantalizing; a chance to terrorize people as one of those all-powerful killers from the movies I loved so much.

Dead by Daylight is an asymmetrical multiplayer game, in the same vein as Evolve, where one person controls an overpowered character whose goal is to hunt down the other four weaker players. The obvious handicaps are balanced in a few key ways: first, the killer plays from a disorienting first-person perspective, while the survivors navigate in third-person; second, the killer has a number of powers that help close the gap between the highly scattered humans; and third, the killers are faster than the survivors, which means when a killer has found you, you’d better have an escape plan that involves a series of sharp corners or terrain a killer can’t traverse.

“As a killer, it can be pretty satisfying to hunt down a guy that thinks he’s the smartest person in the world because he found a tree stump to hide behind. You’re goin’ on the hook, bud.”

All of these factors work to create a very tense gaming session. At least the first couple of times you experience them, then the magic begins to fade. Dead by Daylight’s mechanics suffer from a one-and-done type of syndrome. The first few rounds you play, where the game is still mostly mysterious, are the most fun by virtue of ignorance; you haven’t figured out where the seams for exploitation are. Those first few rounds, you are a terrified human fleeing a terrifying monster. But once you realize that certain actions guarantee you escape (crawling out a window) you can break the game, and with that goes any suspension of disbelief that was breathing life into the experience. It’s not uncommon to be locked in a 1v1 scenario, where survivor and killer are awkwardly circling a building, chasing and escaping, while Yakety Sax plays in your head.

There’s also another unfortunate mechanic where the killer must down a human by melee attacking them and then carry them to one of the hooks placed around the map. While being carried a survivor can button mash to impede the killer’s movements and eventually break free, scoring a clean break while the killer regains their footing. Again, in a 1v1 this can lead to a frustrating situation where the killer picks up a human but no hooks are nearby, the human breaks free and scurries off only to be downed by the killer again, and yup you guessed it, once more there are no hooks nearby. Rinse and repeat. I did this with one person for close to 15 minutes before finally ending the match. It did a great job of disillusioning my initial excitement towards Dead by Daylight. 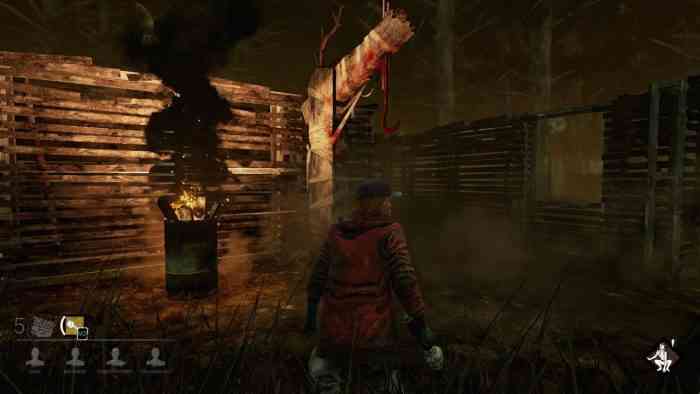 Other than those glaring issues, Dead by Daylight’s core gameplay is fairly tedious. As the humans, you’re tasked with repairing a series of generators that, once completed, will allow the process of opening the door to the exit. This is as simple as standing next to a generator and holding a shoulder button until it’s finished. You’ve got to pay attention though because there will be a quick time event at random intervals which will impede or boost the repair. It only took a handful rounds for that sinking feeling to set in. That sinking feeling that washes over you when you begin to realize that you might actually be playing a boring game.

“The premise is amazing, and your first hour or two with the game is stellar, but the long term enjoyment you’ll get out of it depends on what level of tedium you’re willing to tolerate.”

That issue is somewhat mitigated when playing as a killer since they’re the ones with some power. There are seven to choose from and each has their own set of active and passive abilities (survivors only have passives). The Hag, for instance, can set traps on the ground that spring up when a survivor gets too close, she can then teleport to them if they’re close enough for a good chance at a kill; The Hillbilly has a chainsaw that he can charge with in a crazed frenzy. As a killer, it can be pretty satisfying to hunt down a guy that thinks he’s the smartest person in the world because he found a tree stump to hide behind. You’re goin’ on the hook, bud.

The kid in me felt ecstatic when he learned Dead by Daylight existed, but he pouted a little when he finally got his hands on it. It isn’t a terrible game by any means, and the discounted price tag makes it a decent value proposition but something about it feels hollow. The premise is amazing, and your first hour or two with the game is stellar, but the long term enjoyment you’ll get out of it depends on what level of tedium you’re willing to tolerate. 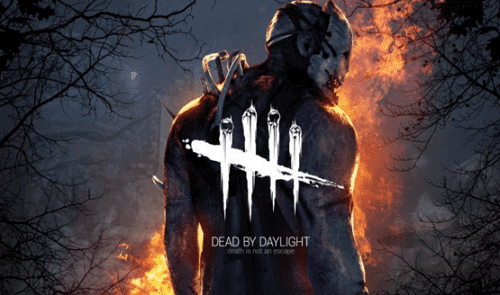