Space is both a majestic and a terrifying place. The stuff of dreams and nightmares, exploring space has always captivated the imagination of the would-be intrepid explorer. Some believe space to be a place of serious endeavours, the future of a proper and professional civilization more advanced than our own. Others see it as the next wild west: a vast open plain to pillage, plunder, and carve out for your own. Elite: Dangerous manages to saddle up in both of these worlds, offering you the freedom to do as you please but with grave and serious repercussions. It sounds like one hell of a ride to take; however, it takes itself just a little too seriously for the casual gamer.

From developer Frontier Developments, Elite: Dangerous is an open galaxy flight simulation/ RPG experience that is wholly unique in its depth of scientific detail, using real world star maps and predictive algorithms to create a spectacularly accurate Milky Way Galaxy to explore. Players will start out with a simple ship and be given free rein to do as they please in their quest to glory and fame. From completing delivery missions to mining for minerals, becoming a bounty hunter, or good old-fashioned piracy, the options abound. Space stations will offer a large variety of missions to complete in other star systems – some of which can be illegal conduct that will raise your reputation as a criminal – and each mission will have specific prerequisites in your level, class, and ship load-out before it will allow you to disembark. While there is no set main story, seeing the various factions you can work for and interact with is a lot more satisfying than the loneliness of No Mans Sky.

“The game has a series of tutorials on the various mechanics and it is crucial that you play every one of them. Every action has to be meticulously taken and managed at all times.”

The biggest and most complex part of Elite: Dangerous is its controls. If you are going into this game expecting to push a few buttons and be a master pilot, you are sorely mistaken. The game has a series of tutorials on the various mechanics and it is crucial that you play every one of them. Every action has to be meticulously taken and managed at all times. Gone is the traditional HUD and instead, players will find themselves looking to the actual control console for everything they need to know about their ship. From messages sent from nearby space stations to the fuel gauge, speed, landing gear, mining scoop, and more, the control console subtly has everything you need to know. 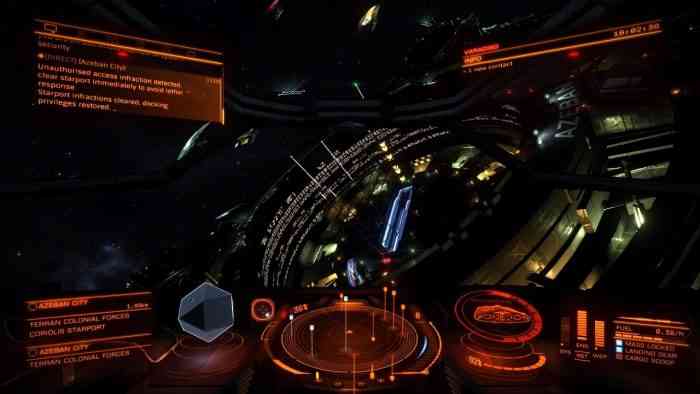 Now, this isn’t a new feature for a game, but I can’t say I have encountered a game with such a complex and fine control for every detail of navigation. Without going into too much detail, navigating from one location to another takes roughly a dozen steps as opposed to simply pointing the nose of your ship and kicking it into hyper speed. Similarly, to actually arrive at the intended space station and dock to complete the mission requires: Hailing the station within distance, asking permission to dock, managing speed and accommodating for rotation, dropping the landing gear, entering the bay without crashing, finding the landing pad, again managing speed, controlling the descent to the landing pad, docking, and then entering the space station. Even if the list doesn’t seem staggering, the process requires fine controls and patience. It’s a lot more complicated than hitting X to dock and letting the game take over.

Elite: Dangerous allows for play in both a solo mode as well as a massive online shared universe. This lets players take to deep space with their friends, forming convoys, patrols, or even pirate brigades against other players. While I found it somewhat easy to handle combat against weaker ships, going into battle against anything designed for combat was nearly impossible to survive, even in the tutorial. The beginning ship does not maneuver well, and there is no lock on feature, so any combat vessel will find its way behind you and out flank you, making it impossible to fire off another shot and leaving you to the cold vacuum of space. 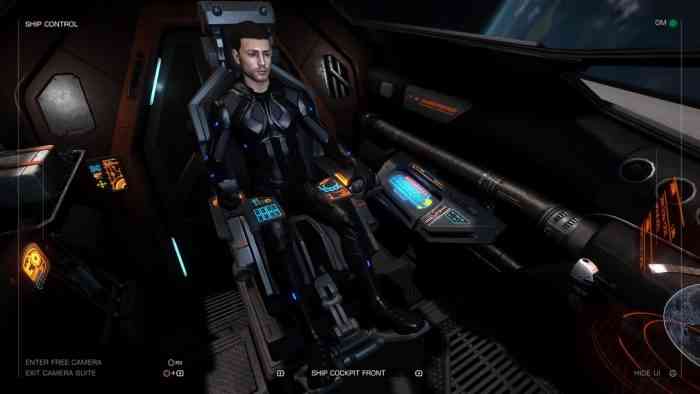 Elite: Dangerous is a well crafted and complex space simulation in flight, combat, and a number of RPG elements such as resource management, questing, and upgrading gear. With real world science creating the games universe and some very nice graphics, the game’s downfall comes from the overly complex controls used for flight, making the game difficult for newcomers who may be expecting a more user friendly experience. These controls also limit the fast paced action many would hope for in space combat, however for those looking for a game grounded in realism, Elite: Dangerous may just be the perfect one for you.

Hunt: Showdown Goes Questing With Update 1.8.1 Live Today
Next Dead by Daylight Review – Follow us into the Basement…
Previous Ever Oasis Review – A Quality Oasis for 3DS Owners