Darkestville Castle is a classic ‘90s inspired point-and-click adventure where you play as the demon Cid, who loves to torment the citizens of Darkestville. Granted by torment, we are really talking about silly pranks, nothing too demonic. Nonetheless, Cid has done enough damage to catch the eye of some demon hunters. Will Cid be banished to the demon world, or will he find a way to out wit his pursuers?

The game is broken into three chapters with an interlude between each chapter. Overall, the game is quite short, and you can expect between five to ten hours of gameplay. Although there are two levels of game difficulty, I don’t recommend playing the in the harder “Cat Mode”. Cat mode features the exact same game, except instead of any dialogue or descriptions you get a cat meowing. I lasted less than 5 minutes in the mode.

The game sells itself as a classic ‘90s point-and-click adventure, and they definitely deliver on this. But, I don’t mean this as a compliment. The game is relatively unsophisticated and mostly has you running around picking up and delivering items. There are also some puzzles that are very unintuitive, that annoyed the hell out of me. Thankfully the one thing that the game does have that we didn’t have in the ‘90s are walkthroughs on the internet. 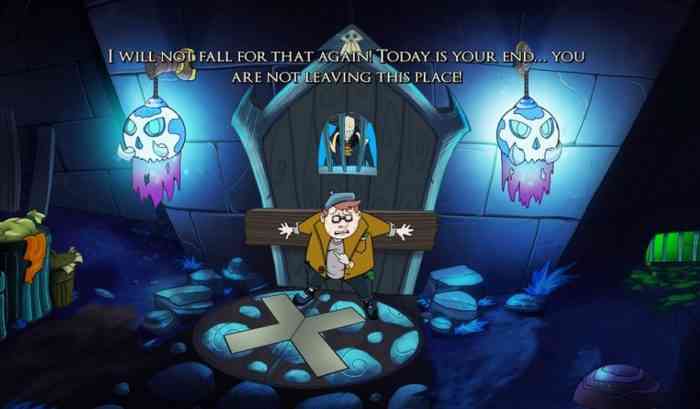 Given that the game is exactly what it claims to be, I do not know if I have the right to be as disappointed with it as I am. I grew up on ‘90s point-and-click adventures. I loved Police Quest, Space Quest, Kings Quest, and the other quest themed games. Day of the Tentacle blew my mind as a child and to this day has a special place in my heart! I even have the remastered version of Day of the Tentacle on Steam. But the problem with Day of the Tentacle and all the Quest games is that they do not hold up against the sophistication of modern games. Even many modern point-and-click based games, such as Tiny Big Bang or Machinarium, out compete classic ‘90s games.

So, when I saw the trailer for Darkestville Castle, my brain conjured up the good ol’ days of The Adventures of Willy Beamish hoping for all the fun, while forgetting about all the frustration. Unfortunately, this game delivers on both. Some puzzles you have to solve by randomly going through all the items in your inventory, or trying to speak to, look at, or touch everything, even when it seems inappropriate. You also have to go through all the dialogue options with all the characters, or else you will miss the hidden option that will let you move on in the game. 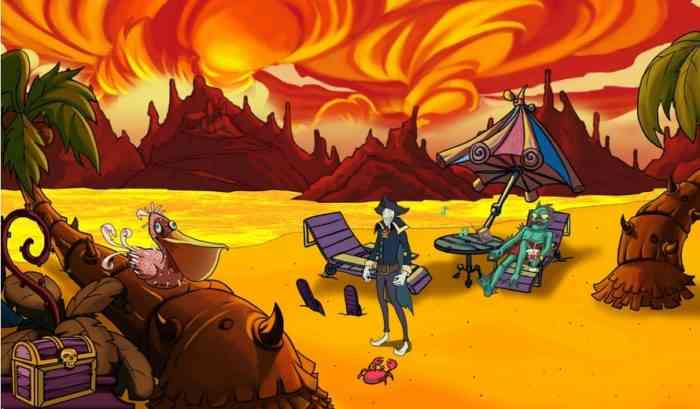 A selling feature of Darkestville Castle is that it is available on consoles. I played the game on Nintendo Switch. I honestly was really dreading this. I was hoping for a PC copy, because, after all, it is a point-and-click game. But surprisingly, once I adjusted to the controls, it wasn’t very cumbersome to play on a console. Initially, I tried to play with the left joystick and move the cursor around the screen like you would a mouse. But it was quite difficult to do. It also wasn’t often necessary because the right joy stick would auto-lock to targets that are interactive. And you could use the x button to access the inventory. The only time you had to click on the screen was when you wanted Cid to walk somewhere. This is actually the only thing that I would have changed with the controls. I wish that you could control Cid’s walking with the d-pad.

Darkestville Castle is a nostalgic game for sure. But play at your own risk as rose-colored glasses are not included.


The Excavation of Hob’s Barrow Releases for Switch