After a four-year wait, The Delicious Last Course is finally here. Serving up a new batch of bosses and a playable character, is this fresh slice of content the perfect dessert or a stale snack?

The Delicious Last Course slots perfectly into the base game. Accessible after the first Mausoleum, you travel to a far-off island to help Ms. Chalice escape the astral plane. In order to do so, you must conquer fearsome foes and collect ingredients for Chef Saltbaker to create the Wondertart. In the interim, Ms. Chalice must devour a mystical cookie, so that she can temporarily swap places with Cuphead to fight bosses. While the story isn’t groundbreaking, it’s apt for the whimsical adventure at hand. This gives context to the boss rush and due to its scrumptious presentation, you’ll quickly form a gluttonous appetite for the world.

Ms. Chalice is much more than a costume swap; she has unique abilities which alter how you play. With a double-jump, dodge and dash parry, she is a nimble character that can dart around the screen. This adds an aggressive nature to her actions as you have to zoom towards attacks to gain the parry’s benefits. While she lacks the option to equip a charm, she does start with additional health to counter this. Although it may sound like she is overpowered, this is definitely not the case. Ms. Chalice is a robust and accessible character that gives a new flavor to the game.

Additional content should always add new elements to what previously came before and The Delicious Last Course excels in this area. While it maintains the same formula, it builds on this to create incredible and memorable boss fights. More so than the original, enemies evolve and take wonderful and humorous turns which will challenge and amuse you. This is due to the thematic approach to design which bubbles with quality. The concept that enshrouds the boss, permeates throughout the stage. For example, each of their attacks links to the visual narrative and progresses through each morphing segment of the battle. The many assets tie together and crescendo to create epic finales that rival any boss encounter in the genre. 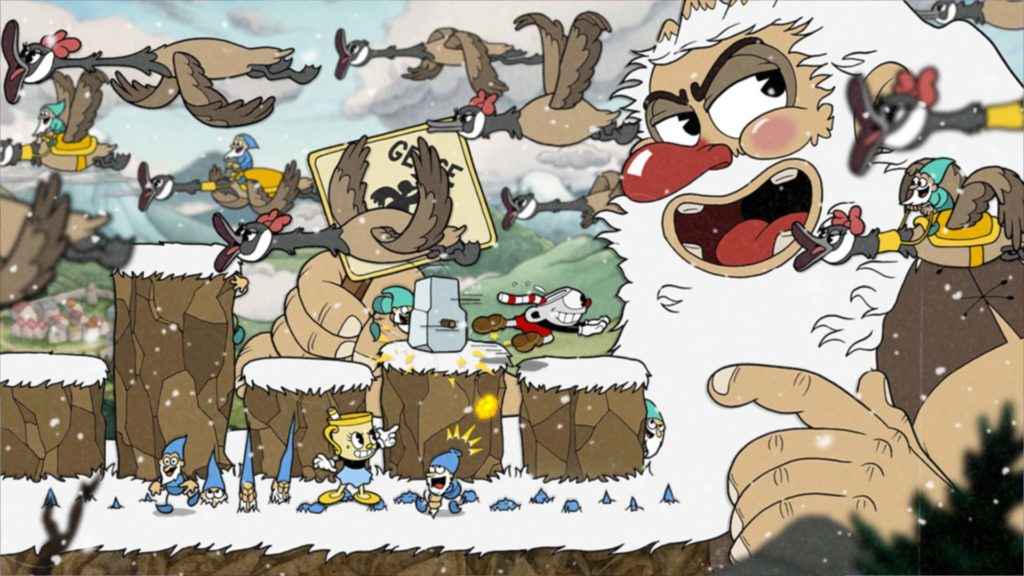 In the base game, run and gun levels intersperse the bosses, however, these have been removed from the expansion. Instead, Studio MDHR has revamped the parry challenges into a deeper experience. With only your parry, you must topple five distinct characters. Due to the inability to shoot, you will have to work out how best to approach the fight. This adds a puzzle element to the level as you will need to read patterns and react accordingly. The fact that your approach to these battles is drastically different from the main bosses, yet the standard and innovation still reside, adds a satiable quality to the side dish.

New attacks and charms give a fresh taste to the adventure. Converge is a powerful three-way spread, the Crackshot breaks into smaller homing projectiles and the Twist-Up has an arched trajectory. In addition to these are some new EX Moves that will help you further flex your muscle on the battlefield. While these don’t break the mold, they do enough to build on the already deep experience at hand. 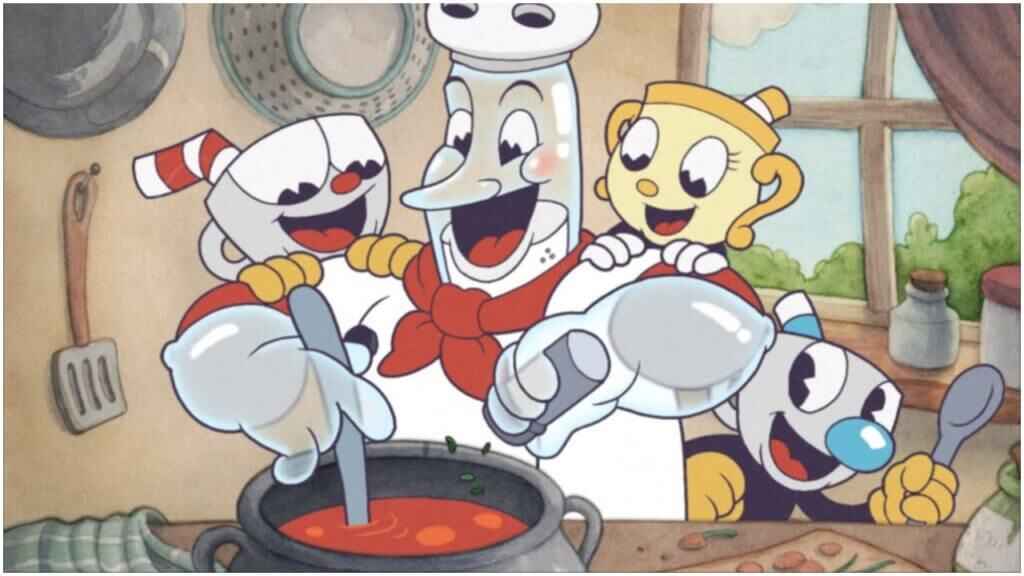 Flair drips from every aspect of the game. The hand-drawn art style oozes character and perfectly pays homage to Tex Avery and other cartoonists from the 1930s. Nods and nudges to the era imbue the entirety of the experience. Everything from character design to the environment they inhabit is packed with detail. This creates authenticity with the product as you will marvel at the high-quality animation which captures the notion of playing a cartoon. This is further amplified through the toe-tapping soundtrack that dances through each battle. Performed by a full band, every song is an incredible ode to the medium and can be placed at the top of the menu as one of the greatest scores in gaming.

For years our appetite grew for the Cuphead expansion, and while The Delicious Last Course can be gobbled up within a few hours, it was definitely worth the wait. The love and passion that is within every thread of the creation are evident throughout and make each moment a pleasure to play. Bosses ascend to new levels of greatness and are a benchmark for the genre. The expressive jazz score and the faithful design help to make this finger-licking dollop of DLC an absolute masterpiece.