Disgaea 6: Complete is one of those ideas that sounds better on paper than it does in real life. I’m sorry, that probably sounds too harsh. Especially coming from someone who’s as big a fan of the Disgaea franchise as me. But here’s the issue: the Disgaea franchise is notorious for re-releasing old games on new consoles. This is great because you can always play classic Disgaea in each console generation. It’s also terrible because it can be hard to tell which version is the best option.

After Disgaea 3: Absence of Justice, NIS decided to make things a bit easier by making the new versions explicitly updated re-releases. They also traditionally have punnier names: Hour of Darkness became Afternoon of Darkness, Absence of Justice became Absence of Detention, etc. After the series passed its 15th anniversary, it began releasing Complete editions of each game. These editions package all existing DLC along with the base Disgaea experience.

Technically speaking, Disgaea 6: Complete is a great deal. It combines the classic Disgaea self-aware but unexpectedly touching fantasy comedy experience with all previously released DLC. Despite this, the game somehow manages to avoid bringing much new to the table. In short, this isn’t a proper updated re-release like fans may expect–it’s just a port with some extras tacked on.

It might not be fair for me to dock points for this, but I’m going to anyway. The fact is, I expected more from this game. Disgaea 6: Complete is still a solid title, but it’s the same solid title as Disgaea 6 vanilla. And I already own Disgaea 6 vanilla, so playing through this version felt a little cheap. It’s not like there are no changes between this and the Switch original. But what differences are here seem to be mostly part of the porting process, and some of them are really annoying. 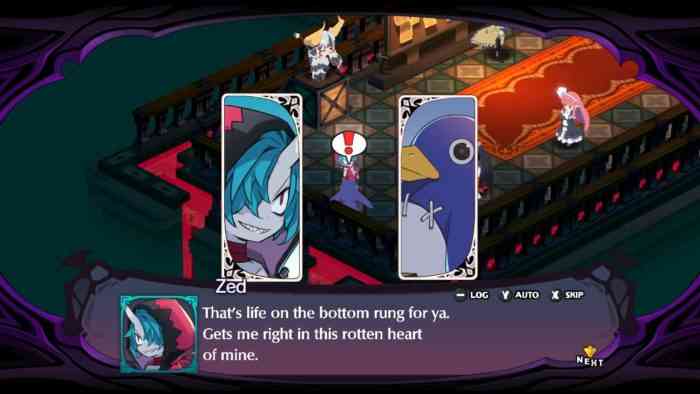 First, the voice acting is crystal clear and the music is as delightfully dramatic as ever. However, the graphics are more noticeably cel-shaded on PC than they were on Switch. Maybe it’s just because I’m sitting closer to the screen, but I can’t stop noticing the thick outlines around characters in their skill animations. Fortunately, the whole art style is already very stylized. Still, it’s a bit jarring to get anime-style close-ups on 3D models.

It reminds me a bit of the trend toward 3D animation in cartoons. I can’t say I’m fond of it, even though I know I liked the original game’s visual presentation. Maybe I should try sitting across the room from my PC instead of about six inches away from the screen like usual.

Gameplay-wise, it’s a Disgaea title. That means ungodly amounts of level grinding, some fun conversations to find and unlock, and a level cap that will take years to reach. Some of the DLC characters are really overpowered, but you need to beat their stages in order to unlock them. That balances things out a bit.

The DLC roster is expansive and includes returning characters from previous Disgaea games as well as characters from other Nippon Ichi titles. Also Pleinair, because she’s Pleinair. If you’re a long-time fan of the studio, this is a treat. However, it’s not exactly a game-changer for newcomers with no clue who Mao, Valvatorez, or Usalia are. If you’ve already bought the game, the DLC packaged in Disgaea 6: Complete is not worth buying it again. Just pick up the Season Pass or buy your favorite characters individually. It’s cheaper that way. 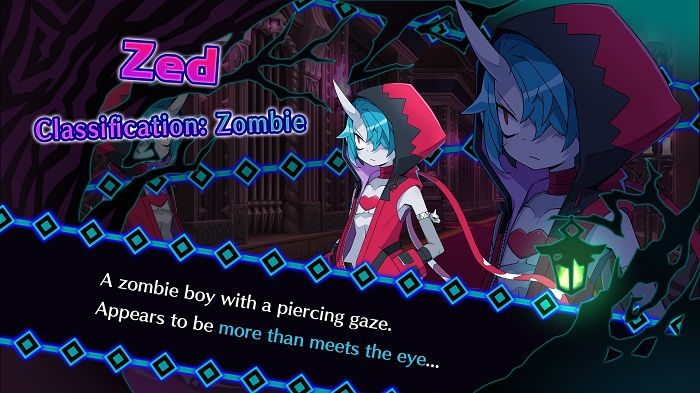 You know what else isn’t worth it? The PC controls. Some console games were basically made to be ported to PC. Others are rougher around the edges. After attempting to play Disgaea 6: Complete with mouse and keyboard, I must conclude that it’s the second type. The visual novel sections work just fine—it’s pretty hard to screw up a visual novel. However, the actual SRPG battles are an ordeal. This is mostly because of some questionable keymapping that has the “,” and “.” keys be used entirely too much.

While the mouse does make up for some of this, the controls are a constant struggle. Plug in your controller. Your fingers and brain will thank you for it. Alternately, hit that handy-dandy ‘auto battle’ button. I have literally never used it in another Disgaea game, including Disgaea 6 vanilla, but I had no qualms using it here. Thank god it has controller support. 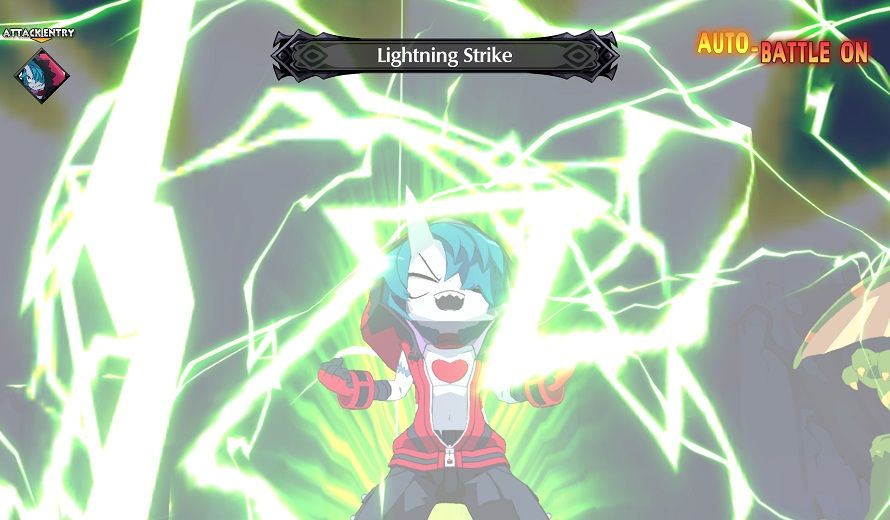 One thing that really bugs me about Disgaea 6: Complete is the continued lack of an opening video. Every other Disgaea game has an anime-style opening that introduced the characters and established the overall tone. They range from fun cartoon theme songs to a full-on musical performance by the cast. The opening video is easily one of the highlights of every game. Unfortunately, Disgaea 6 vanilla took out the opening, presumably for budget reasons.

I can understand dropping the video for the original release, but why wouldn’t NIS take the opportunity to add the opening back in for Disgaea 6: Complete? It would be a nice reward for people who got the re-release and a celebration of the series’ continued success. And it would make Disgaea 6: Complete seem slightly less like a complete copy/paste of the Switch version with worse controls. Also, I very much want to see Zed and Bieko do a little monster dance. 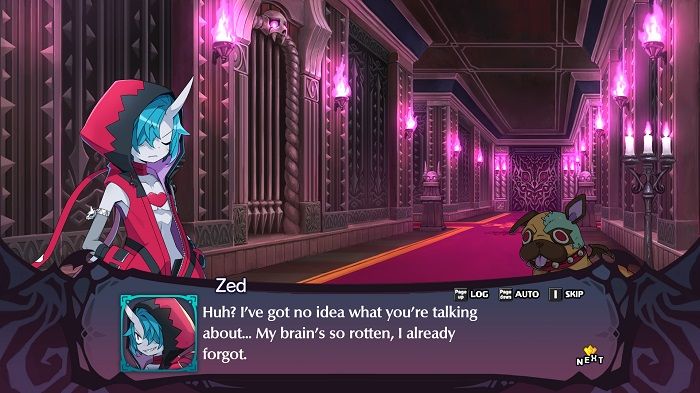 If you’re just here to play Disgaea 6: Defiance of Destiny on a platform you actually own, by all means, go for it. The game is a delight that series fans shouldn’t miss. But if you own a PlayStation, buy Disgaea 6: Complete on that and not PC. Your eyes and fingers will thank you for it. 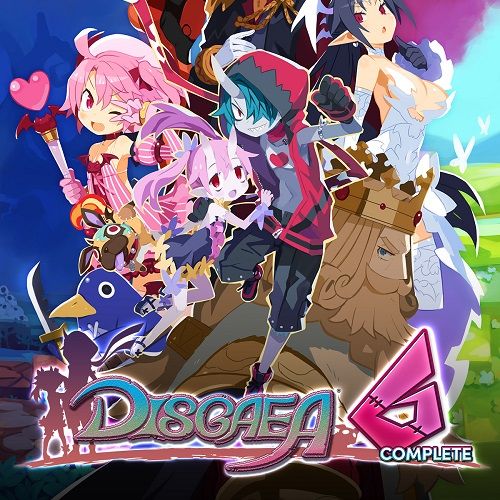