In the far future, humankind has become dependent on technology created and maintained by man-made OMNI robots. Over the centuries these OMNI took on more and more responsibility being our caregivers until one day they simply shut off, leaving humans across galaxies to fend for themselves. Crying Suns steps into the footsteps of FTL and sets out to tell a story of a galactic apocalypse while leveraging what made FTL great. And I’m pleased to say it mostly succeeds.

To say Crying Suns starts off grim is a bit of an understatement, but it sells it well. You play as Ellys Idaho, a tough, no-nonsense commander in the Empire. Well, you’re not really him. You’re a clone. Oh, and your ship’s crew are also clones of the previous crew. And it’s here Crying Suns sets up its looping rogue-lite nature. If you die another clone will take your place and attempt to save the universe, unlocking ships, crew and weapons along the way.

Visual and sound are standouts for Crying Suns. The pixel art exudes quality in the style of other indie darlings like Sword & Sorcery and Hyper Light Drifter. It’s a treat to sit back and watch the planets zoom in and out. Your companions also add flavor to the proceedings, providing quips or backstory on the game’s events. Exploring the wilds of star systems is, of course, dangerous and in this universe a rogue faction named Scrappers has taken hold in the chaos. They’re looking to kill, well, I think everyone and gather ship parts. Why? It’s unclear. Your job is to stop them and their leader the mysterious Mother.

Gameplay follows FTL’s footsteps. There’s a map of star systems joined together like nodes. It costs fuel to jump to the next node, and every jump brings your enemies along on your tail. Your main objectives are securing enough fuel to continue your journey, finding scrap to upgrade your ships, and keeping you and your crew alive. Where Crying Sun departs a bit from the FTL formula is in its ship to ship combat. Where FTL was automated, forcing players to make decisions regarding their ship’s systems versus available power, Crying Suns puts you in a more real time fight along a hexagonal grid. You can pause any time but once you unpause your troops will follow the specific orders you get them. 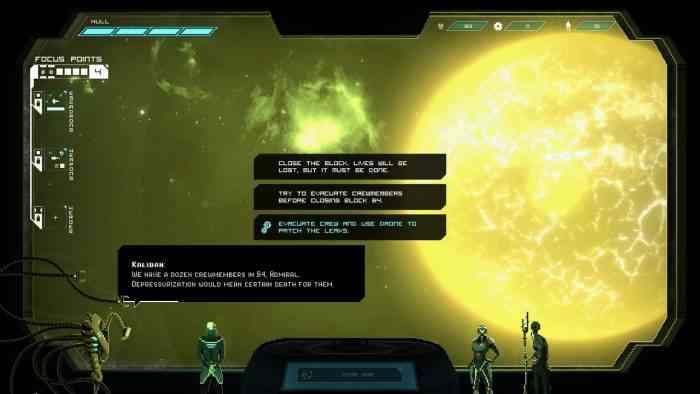 Your ship and the enemy ship come equipped with smaller ships like fighters and drones that will do battle against this grid while your ship’s main cannon works on the enemy or bails out your dog battling troops. It’s a heck of a lot of fun to watch but the rock paper scissors concept of how the smaller ships play off each other made me miss some of the depth FTL provided in its combat. Over time I became less focused on successful Dogfights and just would rush the enemy battleship with everything I had.

I can see there’s strategy here to be had, but because the action moves in real-time outside of pausing, and the enemy AI will keep sending more and more tiny ships at you to click on, things can get a bit frenetic but also less tense. Gone are the decisions of whether you should send that crew-mate to deal with the fire in the rear hull only to fear he might die and not be able to restore shields, and instead it’s been replaced with micromanaging your units like an RTS game, but they will respawn on death.

On the flipside you can occasionally send troops down onto planets or into derelict ships to scavenge scrap or potentially another officer (a special unit used to power things in battle). This looks slick as hell and has an Alien 2 vibe while you’re watching the life bar readouts of all your troops. But do it enough and it starts to lose its sparkle. You don’t really do much in these missions and I found myself longing for a bit more control other than “keep going” or “retreat” options I’d receive every time. Could I choose to save someone? Sacrifice someone for the greater good? The decisions are oddly absent here. 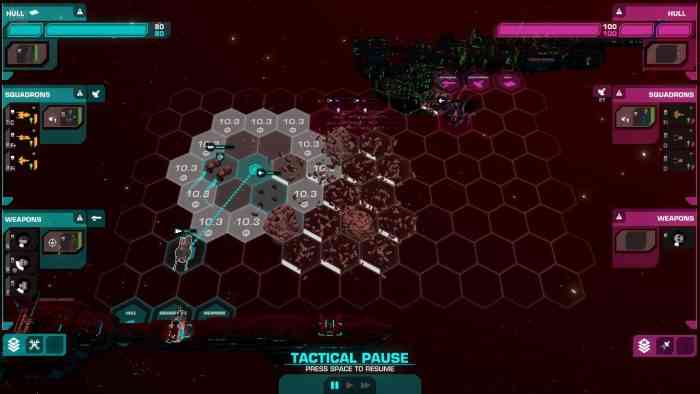 All told, Crying Suns is a slick reinterpretation of FTL’s core design. While it looks great and the story holds up throughout (despite some exposition bombs), it loses just a little on the mechanics that made FTL so addictive and repetitive. If you’re craving a neat sci-fi yarn and can appreciate the visual treats on deck, it’s still definitely worth checking out. The replayability is abound with tons of ships to unlock for future playthroughs and new officers for you to try out, giving plenty of reasons to come back to this one. 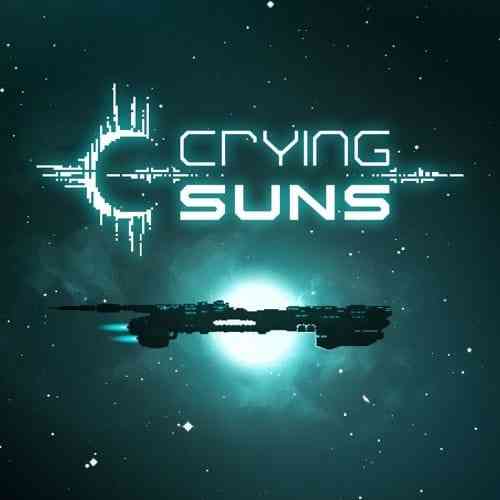 Blue Fire Coming to Nintendo Switch and PC Next Month
Next Neo Cab Review – A Visual Novel & Cyberpunk Meet in an Uber
Previous Destiny 2: Shadowkeep Review – Discover What Evil Lurks in the Shadows